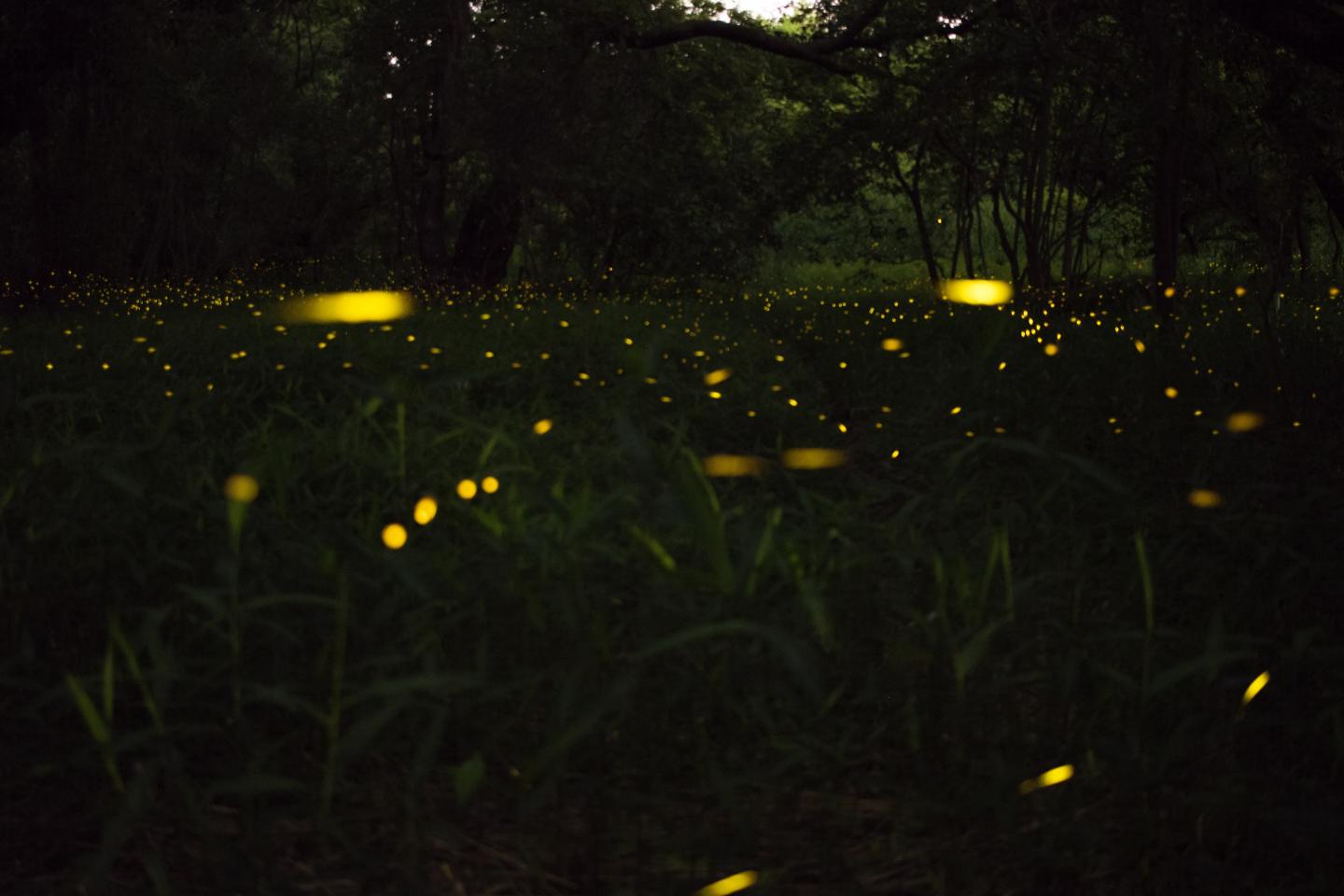 IMAGE: Research shows why fireflies blink in unison even though each individual insect is different.

EVANSTON, Ill. --- Northwestern University researchers have added a new dimension to the importance of diversity.

For the first time, physicists have experimentally demonstrated that certain systems with interacting entities can synchronize only if the entities within the system are different from one another.

This finding offers a new twist to the previous understanding of how collective behavior found in nature -- such as fireflies flashing in unison or pacemaker cells working together to generate a heartbeat -- can arise even when the individual insects or cells are different.

"When identical entities interact, they often behave differently from each other," said Motter, who is a professor of physics in Northwestern's Weinberg College of Arts and Sciences. "But we identified scenarios in which the entities behave identically again if you make them suitably different from each other."

This discovery could help researchers optimize human-made systems, such as the power grid, in which many parts have to remain synchronized while interacting with one another. It also could potentially inform how groups of humans, such as juries, can coordinate to reach a consensus.

The research will publish on Monday, Jan. 20 in the journal Nature Physics. Motter coauthored the paper with Northwestern's Takashi Nishikawa and Ferenc Molnar, a former postdoctoral researcher at Northwestern who is now at Notre Dame University.

This work expands upon Nishikawa's and Motter's 2016 paper, which theoretically predicted the phenomenon.

"It is interesting that systems need to be asymmetric to exhibit behavioral symmetry," said Nishikawa, a research professor of physics in Weinberg. "This is remarkable mathematically, let alone physically. So, many colleagues thought that experimentally demonstrating this effect was impossible."

Motter and his collaborators made the seemingly impossible possible by using three identical electric generators. Each generator oscillated at a frequency of exactly 100 cycles per second. When separated, the identical generators behaved identically.

When connected to form a triangle, their frequencies diverged -- but only until the generators were properly mismatched to have different energy dissipations. At that point, they synchronized again.

The researchers dubbed this phenomenon "converse symmetry breaking" because it represents the opposite of the previously known phenomenon of symmetry breaking, which underlies superconductivity, the Higgs mechanism and even the appearance of zebra stripes.

"It might seem counterintuitive," Motter said. "But our theory predicts that this is true across many systems, not just electromechanical ones."

Motter's team plans to explore the implications of their findings across social, technological and biological systems. In particular, the team is actively working on the design of a power grid that is more stable while allowing incorporation of an increasing share of energy from renewable sources.