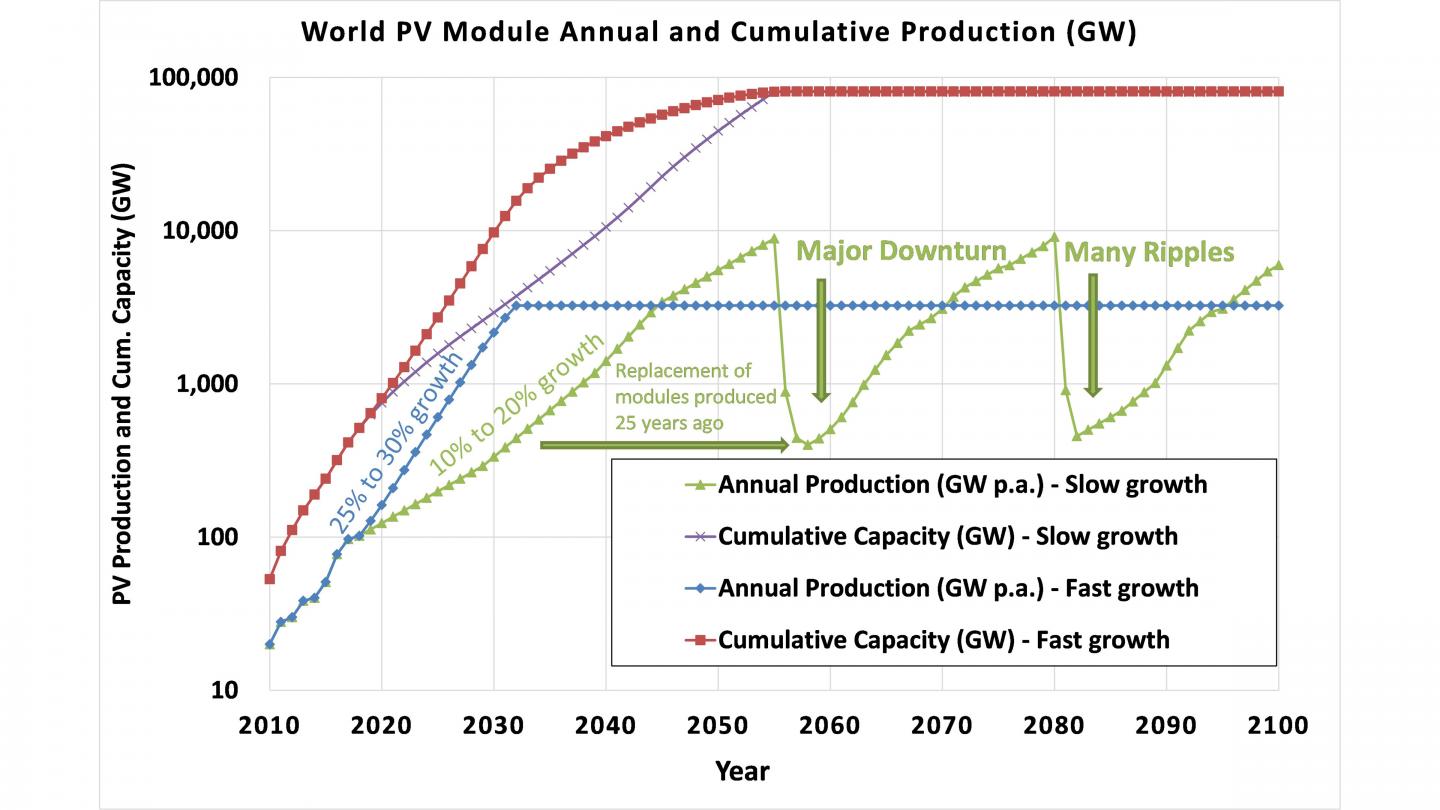 WASHINGTON, October 27, 2020 -- To meet the Paris Agreement's daunting goal of preventing Earth's average temperature from rising more than 2 degrees Celsius (3.6 degrees Fahrenheit) above its level in preindustrial times, one of the best options for the energy economy will involve a shift to 100% renewable energy using solar energy and several other clean energy sources.

While no one knows exactly how an increase above 2 degrees Celsius would impact the planet, extraordinary climatic events would likely make many parts of the world uninhabitable with significant desertification, ocean acidification, and rise of seawater level, as well as floods, wildfires, hurricanes, and tornadoes.

In the Journal of Renewable and Sustainable Energy, from AIP Publishing, Pierre J. Verlinden, founder of AMROCK Pty. Ltd. in Australia, describes a model developed to predict what is necessary for the solar industry to meet Paris Agreement targets.

"Our planet is on the path of an average temperature increase of 4 degrees Celsius before the end of this century, with respect to the average Earth temperature before the industrial age, and the result will be catastrophic," Verlinden said.

Climate experts predict only 800 gigatons of carbon dioxide can be emitted before crossing the 2 degrees Celsius line. This means that at the current global emission of 36 gigatons per year, there is a 35-year window to reduce our emissions to zero.

One way to achieve this goal is to change the way energy is produced and consumed.

"Our vision is solar photovoltaics can play a central role in a transformed sustainable energy economy with 100% decarbonized electricity generation to power directly or indirectly -- through the production of green hydrogen or other synthetic fuels -- all energy sectors and industrial processes," said Verlinden.

The world will require, in addition to other renewable energy sources like wind and hydro, about 70 to 80 terawatts of cumulative capacity from solar photovoltaic systems. This represents more than 100 times the world's current solar photovoltaic installed capacity.

"Within the next 10 years, the industry needs to increase its production rate by a factor of about 30," he said.

A model developed by Verlinden and colleagues to predict the efficiency of solar cells and their cost to manufacture during the next few decades shows there "is no fundamental barrier to achieving this goal," he said.

The financial requirement to grow the production rate (capital expenditures to build new production lines) is decreasing at a rate of 18% per year, driven by productivity improvements and a combination of higher-throughput per tool, larger wafers, and improved cell efficiency.

He cautions that while the objective of a cumulative installation of 70 or 80 terawatts by 2055 is achievable with a simple annual growth of the production rate of about 15% per year, pursuing this goal will result in a solar photovoltaic industry much larger than necessary. This could lead to a significant downturn when the objective of 80 terawatts is reached.

"This negative impact can be avoided if we right now accelerate the growth during the next 10 years and then stabilize the global production to 3 to 4 terawatts per year," Verlinden said.