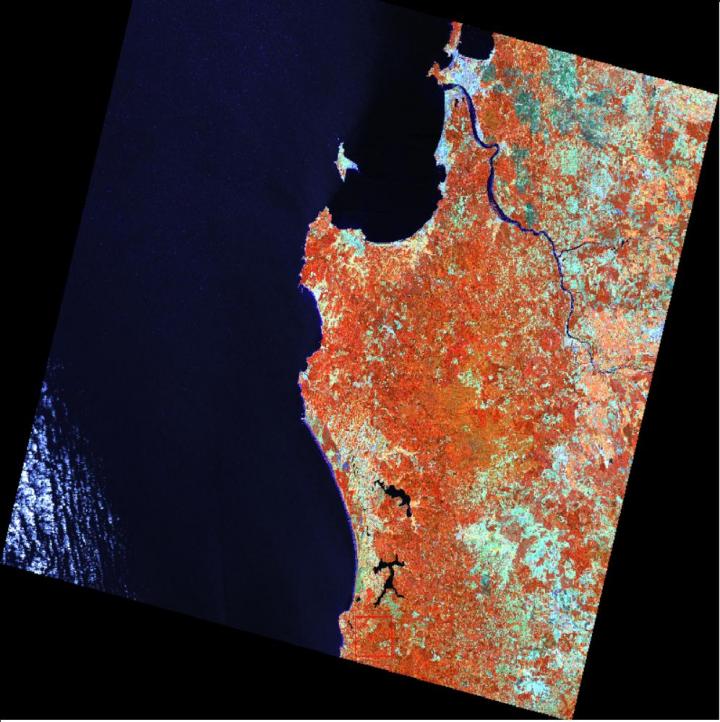 IMAGE: Satellite image of the Biobio and Araucanía coast

"Through a counterfactual analysis, we showed that between 1986 and 2011 the incentives to afforestation in Chile caused an increase in forest plantations, but reduced the extent of native forests", explains the academic from the Faculty of Forest Sciences at the Universidad de Concepción, UdeC, Dr. Cristian Echeverría, about the main conclusions of the paper Impacts of Chilean forest subsidies on forest cover, carbon and biodiversity, published by the journal Nature Sustainability, co-written with academicians Robert Heilmayr from the U. of California, and Eric F. Lambin of Stanford University, both from the United States.

For the UdeC researcher, this international collaboration was of the "highest scientific standard, with great strictness and close cooperation in the stages of formulation of the idea, preparation of the manuscript and data analysis", he sustains and explains that the idea of the study emerged "about seven years ago, when the other authors got interested in my research related to deforestation in Chile. After publishing a joint paper about land use changes in Chile, we decided to continue the collaboration between the Landscape Ecology Laboratory, LEP, and U. Stanford to answer new scientific questions"

In the same way, the study -which aims to assess the impacts of an incentive to afforestation on carbon sequestration, forest cover and biodiversity- was possible thanks to various sources of financing and information, given that "having classified maps of satellite images was an immense task of the three universities", says Echeverría, adding that they had "financing from various Fondecyt projects and from the LEP's own resources and other funds obtained by the leading author, Robert Heilmayr, during his PhD studies", he details.

Regarding the main scientific conclusions of the recent study, Echeverría details that the increasing establishment of exotic plantations caused "small negative impacts on the total carbon stored in the above-ground biomass. Additionally, the policy produced the substitution of native forests for plantation which resulted in a significant decrease in the richness of species of flora and fauna".

In the researcher's opinion, based on the results of this study, it is possible to "strengthen research in the evaluation of the impact of environmental policies on other components, such as, for example, ecosystem services; evaluating current policies on native forests and other environmental matters; identifying the most critical areas of biodiversity loss for the design of restoration plans. In addition, contributing with new evidence on the future impacts that the NdC (Nationally Determined Contributions) of Chile would have on the design of mitigation measures and adaptation to climate change".

"The reforestation and restoration policies that the country is currently pursuing need to be carefully designed and firmly applied to ensure the protection of natural ecosystems. Such safeguards can improve the benefits of a policy, as well as its impacts on carbon sequestration and biodiversity conservation", states the UdeC academician.