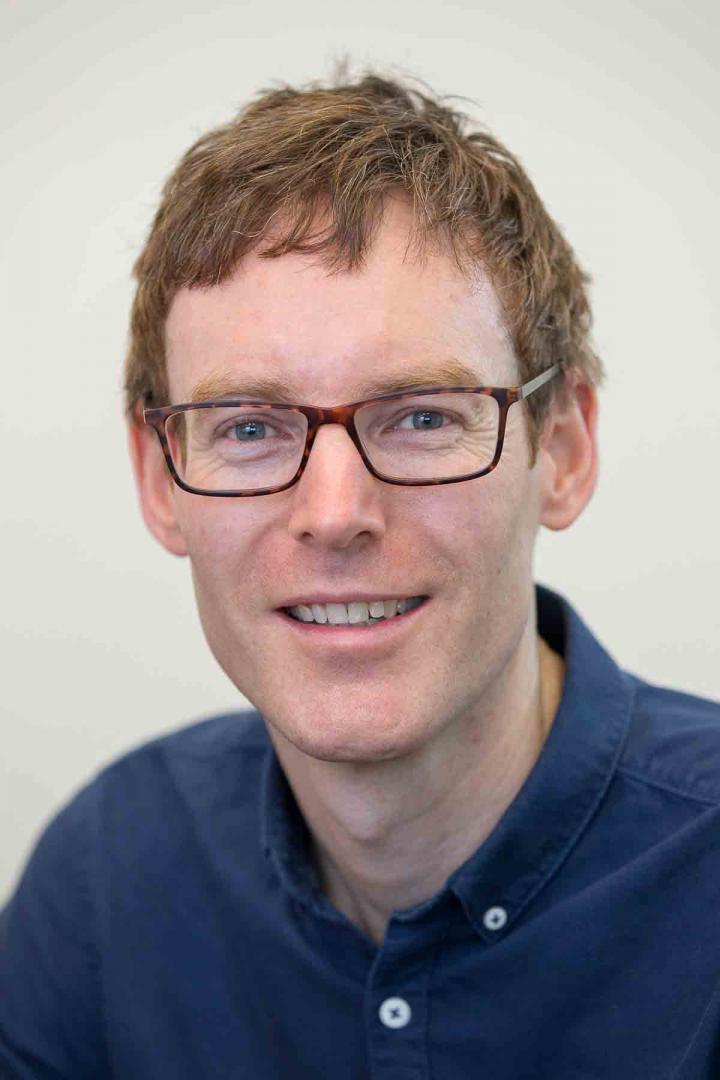 IMAGE: This is professor Peter Fineran.

University of Otago researchers have discovered how viruses that specifically kill bacteria can outwit bacteria by hiding from their defences, findings which are important for the development of new antimicrobials based on viruses and provide a significant advance in biological knowledge.

Lead researcher Professor Peter Fineran explains that the rise in multi-drug resistant bacteria is leading to the development of alternative therapeutics, including viruses that specifically kill bacteria, called bacteriophages, often referred to as "phages". However, bacteria can become resistant to phages.

Phages are the most abundant biological entities on the planet and are important for global ecosystems, but they can also be used to kill bacterial pathogens. To defend themselves from the phage invasion, bacteria have developed CRISPR-Cas defence systems - immune systems within the bacteria. But the phages have come up with many ways to avoid these bacterial defences.

In the study published today in Nature Microbiology, the team at the University of Otago discovered a widespread method used by phages to hide from bacterial defences. They discovered a "jumbo" phage which, as the name suggests, is very big, with hundreds of genes. This phage is not recognised by CRISPR-Cas defences that would normally cut up the genetic DNA instructions to make many new phages.

PhD student in the Department of Microbiology and Immunology and first author of the study, Lucia Malone says it made the researchers question how this phage escapes recognition.

"We had molecular and genetic evidence for what was happening, but we really needed to see directly inside these tiny bacteria, which if 100 lined up side-by-side would be the width of a human hair," Ms Malone says.

This was made possible using a new spinning disk confocal microscope for high-resolution imaging of live cells - the only one with this capability in New Zealand - that was recently set up by Dr Laura Gumy, a new group leader at the University of Otago.

"When phages infected the bacteria, we could see their DNA was encased by a physical 'shield' and hidden from the CRISPR-Cas defence systems that couldn't gain access," Dr Gumy explains.

However, bacteria have another trick up their sleeve. To take over the host, the phages must produce RNA messages that leave this protective compartment. "This is the Achilles heel of these phages and can be destroyed by a special group of CRISPR-Cas defences that recognise RNA messages," Ms Malone says.

Dr Fineran explains the study broadens the knowledge of intricate phage-host interactions and demonstrates that "jumbo" phages are less susceptible to bacterial defence systems than some other phages.

"This is important because the rise of the multi-drug resistant bacteria is an issue of global concern, which has led to a renewed interest in using phages as anti-bacterials and jumbo phages may provide excellent therapeutics."