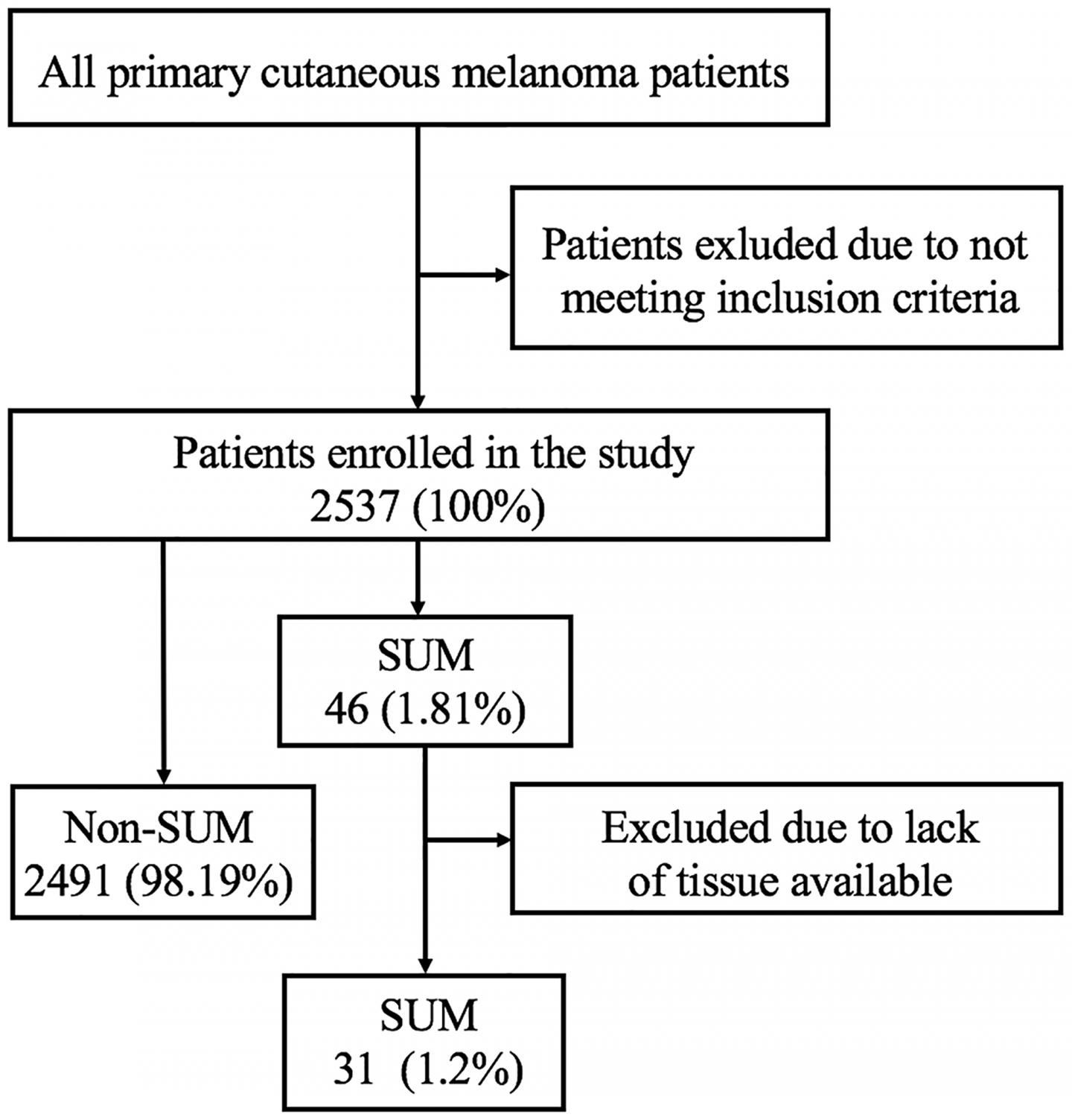 Volume 11 Issue 25 of @Oncotarget reported that this study aimed to define the mutation profile of SUM in Caucasians.

The authors' findings confirmed a high frequency of KIT and NRAS mutations in SUM, as well as a low incidence of BRAF mutations.

Dr. Aneta Borkowska from The Maria Sklodowska-Curie National Research Institute of Oncology said "Across all human cancers, cutaneous malignant melanoma (MM) genome has one of the highest prevalence of somatic mutations."

"Across all human cancers, cutaneous malignant melanoma (MM) genome has one of the highest prevalence of somatic mutations"

At the same time, NRAS mutations are detected in approximately 20% of MM and are more commonly reported in melanomas developing in the skin with chronic sun exposure.

Cutaneous MM located on the acral part of extremities - hand and foot melanoma - comprises a rare group within all melanomas in Caucasians.

Whole-genome sequencing study shown that structural changes and mutational signature of acral melanomas were dominated by different than other MMs sites.

SUM seems to be not related to sun exposure, however, in Australian Melanoma Genome Project UVR signatures on acral melanomas occurred most frequently in subungual parts.

The Borkowska Research Team concluded in their Oncotarget Research Paper, "Our study offers new insights into the genetics SUM subtype, for understanding pathogenesis and providing potential biomarkers for future studies. Molecular testing is now widely used in patients with advanced melanoma in the process of therapeutic decisions. Mutations reported in melanoma cells provide starting points for the development of the rational design of novel therapies, including immunotherapy agents. They also may provide to find the molecular pathogenesis and natural history of subtypes of this heterogeneous disease. We confirmed that SUM have different than other cutaneous melanomas genetic profile, which due to its rareness and lack of studies should be subjected to further analyzes in multicenter studies."