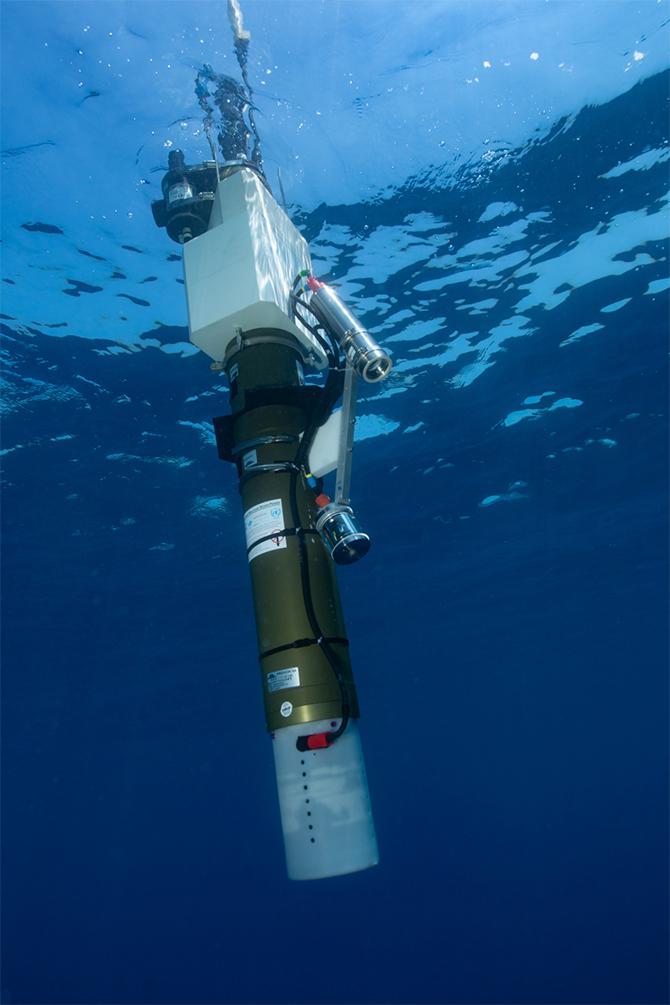 IMAGE: A BGC-Argo profiling float equipped with biological and chemical sensors, which can take measurements between the surface of the ocean and a depth of 2,000 metres.

A French-British team directed by the Laboratoire d'océanographie de Villefranche-sur-Mer (CNRS/Sorbonne Université) has just discovered that a little known process regulates the capacity of oceans to sequester carbon dioxide (CO2). It should be noted that photosynthesis performed by phytoplankton on the ocean's surface transforms atmospheric CO2 into organic particles, some of which later sink to its depths. This essential mechanism sequesters part of oceanic carbon. However, approximately 70% of this particle flux is reduced between a depth of 100 and 1,000 metres. Earlier studies had shown that small animals consume half of it, but no measurements explained what happened to the other half. Using a fleet of robots deployed in different oceans, scientists revealed that approximately 35% of this flux is fragmented into smaller particles. The results were published on 14 February 2020 in Science.