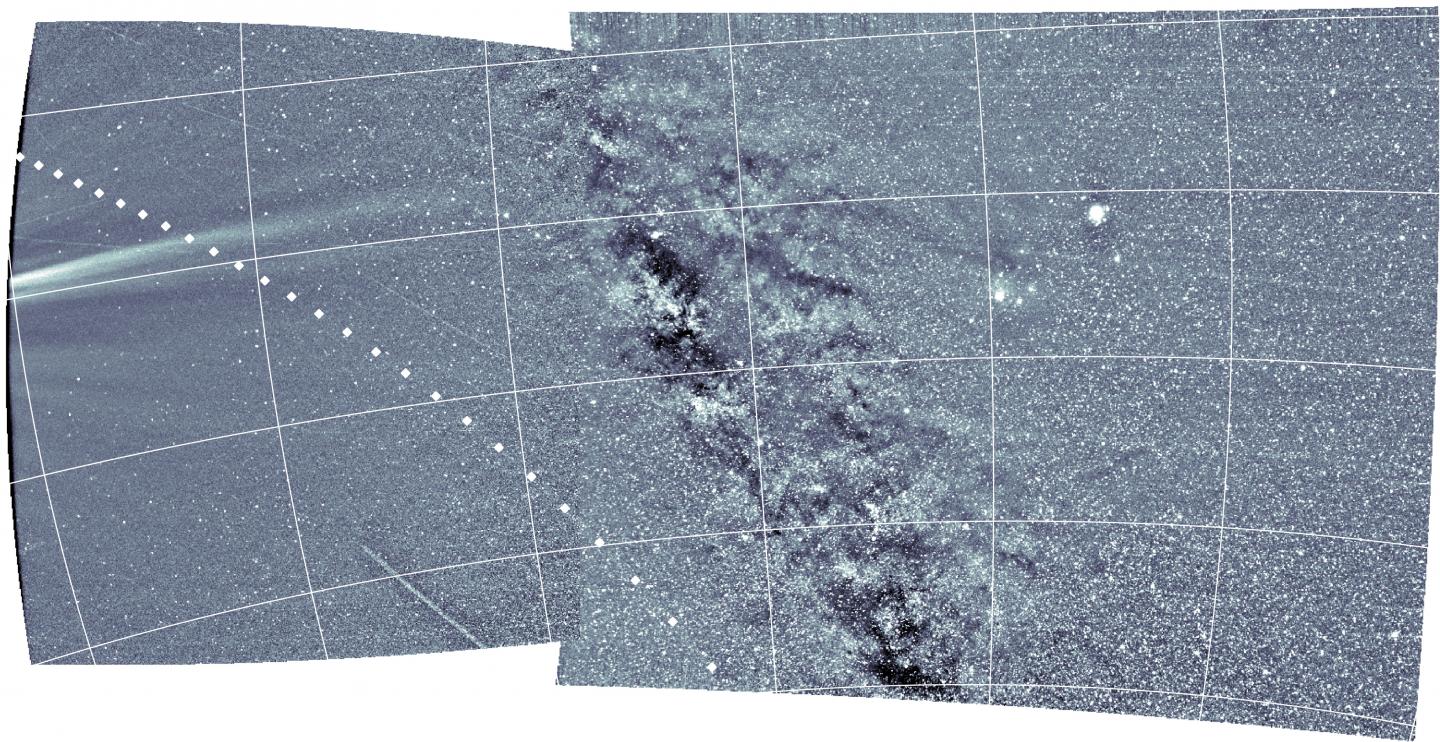 WASHINGTON -- Early returns from the U.S. Naval Research Laboratory's camera on NASA's latest mission to study the Sun's corona revealed on Dec. 4 a star more complex than ever imagined.

WISPR produced multiple scientifically relevant photos, capturing the beginning of a dust-free zone around the Sun, detailed plasma eruptions, magnetic flux ropes, and the first image of a magnetic island around the Sun, a small region of space with a circulating magnetic field.

"The images help in the modeling of the behavior and the transport of the solar wind to Earth," said Russ Howard, an NRL astrophysicist and principal WISPR investigator. "They allow us to develop more accurate models by putting proper physics in the models."

Understanding how the solar wind behaves is important to the Navy and Marine Corps because when the winds reach Earth, they can impact GPS, spacecraft operations, and ground-based power grids.

WISPR, designed, developed and led by NRL, records visible-light images of the solar corona and solar outflow in two overlapping cameras, which together cover more than 100-degrees angular width from the Sun.

The findings just released stem from Parker Solar Probe's most recent approach to the Sun during a quiet part of the solar cycle, and set the stage for discoveries when the Sun is more active.

"Parker is going to swoop past the sun three or four times a year for the next few years, getting successively closer each time," said Karl Battams, a computational scientist at NRL. "Every encounter is going to give us a view that humankind has never seen, and along with that a lot of new questions - and hopefully quite a few answers - about what we are seeing."

Parker Solar Probe recently completed its third perihelion, or closest approach to the Sun. By the end of its 7-year-long mission, the spacecraft will have circled the Sun a total of 24 times. In 2024, the Parker Solar Probe is expected to have traveled 96 percent of the distance to the Sun.

"We're explorers and we're getting in closer and closer until we're finally at the Sun," Howard said. "It's mindboggling because you're going to see things that we can't even imagine."

The Parker Solar Probe is a robotic spacecraft NASA launched in August 2018, whose mission is repeatedly probing and making observations of the outer corona of the Sun. WISPR is one of four instruments on Parker Solar Probe.