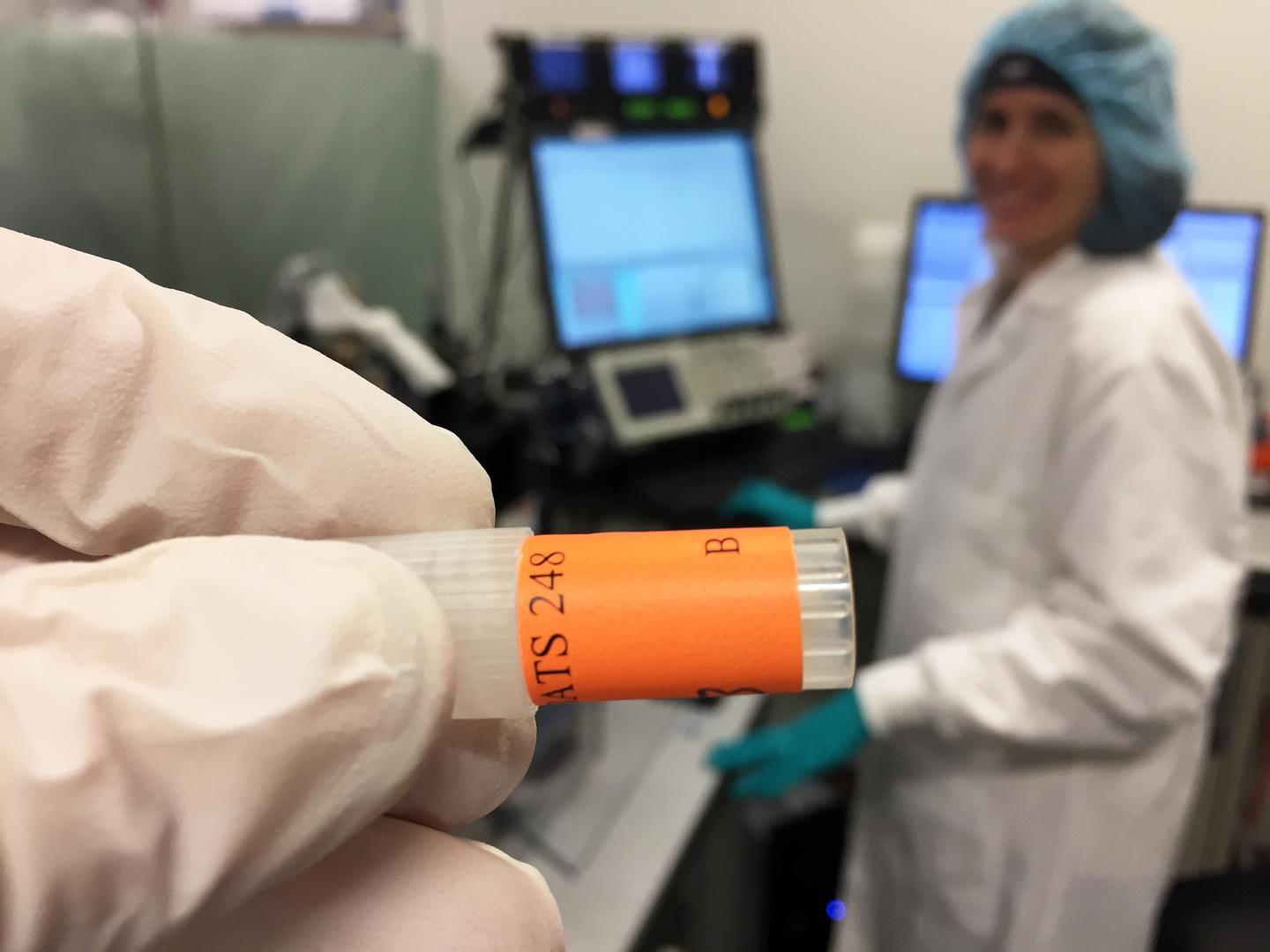 A single drop of seawater can contain a wide representation of ocean microbes from around the world - revealing novel insights into the ecology, evolution and biotechnology potential of the global microbiome. A new publication in Cell reports a staggering degree of biological diversity that defies contemporary definitions of microbial species, illuminates reasons behind challenges in metagenomic studies, and may even further understanding of how marine microbes respond to climate change.

"This unprecedented project uses a big data approach to read a large, randomized sample of genomes from the global microbiome, which we then explore to answer many types of questions," said Ramunas Stepanauskas, a senior research scientist at Bigelow Laboratory for Ocean Sciences and the senior author of the paper. "Our team's results provide a deeper understanding of microbial diversity in the ocean, new insights into energy sources and biosynthetic capabilities, and novel tools for the study of microbes in all environments."

The research team analyzed over 12,000 individual microbial genomes to build the Global Ocean Reference Genomes Tropics (GORG-Tropics) database. To their surprise, every cell they analyzed was genetically unique. In fact, few were similar enough that they would be considered the same species.

This new perspective on microbial diversity incorporates both local and global scales. The team used cutting-edge technologies in Bigelow Laboratory's Single Cell Genomics Center to analyze samples collected throughout the tropics and subtropics -- two thirds of the world's ocean -- to learn about global distribution patterns. They also examined local microbial diversity by reading the blueprints of over 6,000 individual cells captured from a single teaspoon of Sargasso Sea water.

The researchers found that cells in that sample contained at least a fifth of the genes that are common elsewhere in the tropical and subtropical ocean. This discovery indicates that ocean currents are effective at mixing up microbial life around the globe, transporting microbes far and wide to create diverse communities. It also highlights the power of single cell genomics to study the complexity of natural microbiomes in unprecedented detail.

"In the same way that we think of New York City as a melting pot, every teaspoon of the ocean is a microbial melting pot," Stepanauskas said. "The ocean is huge, and it's amazing how complex ecological and evolutionary processes take place in each tiny drop."

Recent breakthroughs in genomic technologies now allow scientists to rapidly generate and analyze enormous amounts of genetic information. The GORG initiative sequenced more microbes than all studies prior to 2013 combined, yielding numerous and diverse discoveries. MIT Institute Professor Penny Chisholm, Research Scientist Paul Berube, and Research Scientist Steven Biller helped collect field samples and used the data to gain insights into Prochlorococcus, the most abundant photosynthetic organism in the ocean. Stepanauskas' team uncovered a surprise in the genetic code of a group of proteobacteria - a previously unknown ability to photosynthesize.

"Genetic information can teach us a lot about ecology, and these may be photosynthetic organisms that were unnoticed before," said Maria Pachiadaki, a former Bigelow Laboratory postdoctoral researcher who is now an assistant scientist at Woods Hole Oceanographic Institution, and the lead author on the paper. "If experiments confirm what the genes suggest, this is an important microbial group to consider in ocean carbon studies."

The team also worked with Jim La Clair and Michael Burkart from University of California San Diego to identify microbes that could fuel novel biotechnology applications. By recording which chemicals specific microbes are able to produce, the GORG-Tropics database provides a roadmap to help other researchers choose which microbial groups to target for new antibiotics or anti-cancer medicines.

The researchers will continue mining the GORG-Tropics database for answers to diverse questions in future studies. Stepanauskas believes it has much more to reveal about how the ocean functions, how researchers can best wield genomic tools - and potentially even how scientists should re-define microbial species. They also hope to expand this project to the rest of the ocean, including temperate and polar regions and deep waters, which contain very different microorganisms.

"One of our main goals with the GORG initiative was to produce a powerful resource for the marine microbiology research community," said Julia Brown, a bioinformatician at Bigelow Laboratory and a study author. "We hope that scientists will be able to use this dataset in follow-up studies to answer questions no one has even thought of yet."