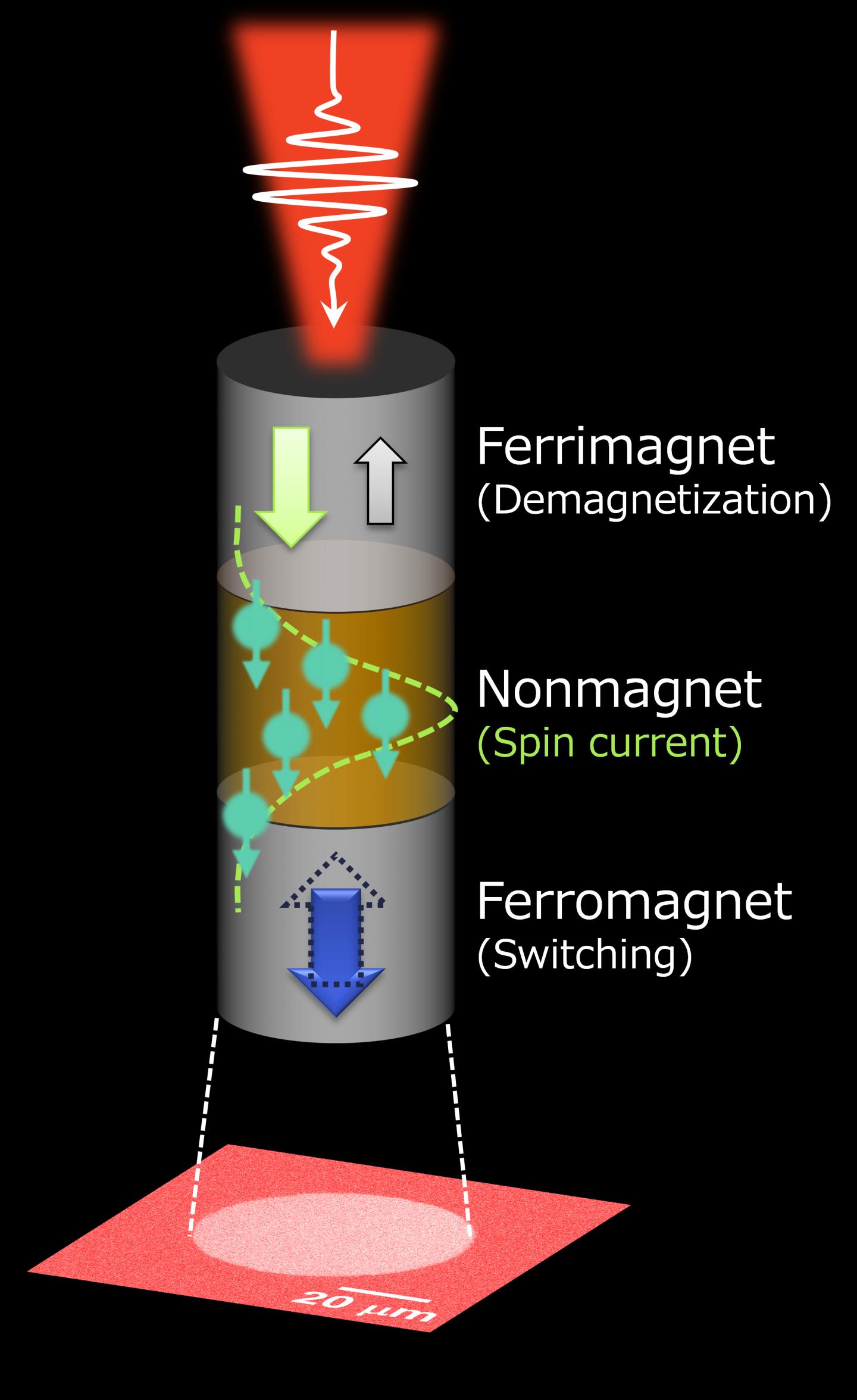 IMAGE: A schematic illustration of the demonstrated ultrafast and energy efficient switching of ferromagnet driven by a single femtosecond laser pulse. The laser pulse demagnetizes the ferrimagnetic layer and generates a...

The digital data generated around the world every year is now counted in zettabytes, or trillions of billions of bytes - equivalent to delivering data for hundreds of millions of books every second. The amount of data generated continues to grow. If existing technologies remained constant, all the current global electricity consumption would be devoted to data storage by 2040.

Researchers at the Université de Lorraine in France and Tohoku University reported on an innovative technology that leads to a drastic reduction in energy for data storage.

The established technology utilizes an ultrafast laser pulse whose duration is as short as 30 femto seconds - equal to 0.0000000000000003 seconds. The laser pulse is applied to a heterostructure consisting of ferrimagnetic GdFeCo, nonmagnetic Cu and ferromagnetic Co/Pt layers.

"Previous research, conducted by a subset of the current research group, observed magnetic switching of the ferromagnetic layer after the ferrimagnetic layer had been switched." This time, the researchers uncovered the mechanism accounting for this peculiar phenomena and found that a flow of electron spin, referred to as a spin current, accompanying the switching of ferrimagnetic GeFeCo plays a crucial role in inducing the switching of ferromagnetic Co/Pt (Fig. 1).

Based on this insight, they demonstrated a much faster and less energy consuming switching of the ferromagnet. This was driven by a single laser pulse without a switching of the ferrimagnetic layer. "This is very good news for future data-storage applications as this technology can provide an efficient scheme to write digital information to a magnetic medium, which is currently based on a magnetic-field-induced switching," says Shunsuke Fukami, co-author of the study.