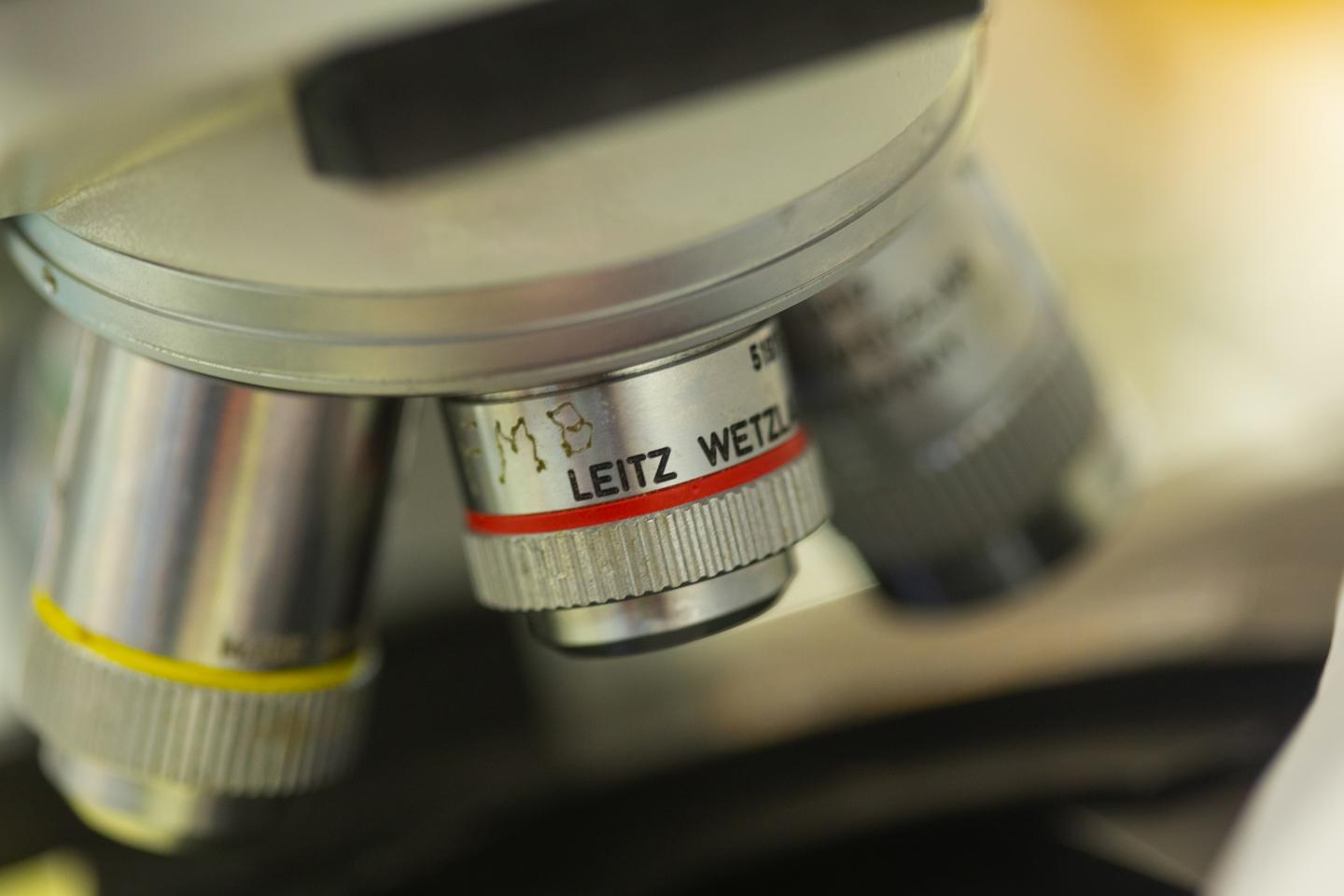 IMAGE: Researchers in the Neuroregeneration Institute are making strides in Parkinson's disease research

In a novel research study conducted by a team from the Neuroregeneration Institute at McLean Hospital, investigators believe they have found key brain cell type changes involving lipids, inflammation, and the development of Parkinson's disease (PD). Their findings appear in the current issue of the Proceedings of the National Academy of Sciences of the United States of America.

"Our study emphasizes the importance of cooperative use, storage, and transport of lipids between brain cell types in Parkinson's disease. Mechanisms involved in balancing cellular lipids--especially neutral lipids--such as we have characterized here, have been relatively understudied in the neurodegenerative diseases," explained Oeystein R. Brekk, PhD, an assistant neuroscientist at the Neuroregeneration Institute and first author of the study. "However, a wealth of knowledge already exists on such cellular lipid use, and consequences of lipid variations in other organs. For example, most people will know lipids from the role they play in increased risk for cardiovascular disease. Like the cardiovascular disease models, our Parkinson's disease and lipid-induced PD animal models point to lipid dependent pathological processes inside the brain, meaning we see dysregulation of the lipids and increased neuroinflammation."

In their study, Brekk and the McLean team demonstrate concurrent lipid changes in dopaminergic neurons and their neighboring brain glial cells, such as microglia and astrocytes in Parkinson's disease brains. Specifically, microglia and astrocytes showed abnormal patterns of intracellular lipid storage, which were significantly correlated with the accumulation of lipids within the dopaminergic neurons, the most vulnerable brain cells to the disease process. Overall lipid triglyceride content was statistically linked to a lipid-induced inflammatory stress marker in the brain tissue of PD patients. A remarkably similar brain cell and pathological picture was seen in an experimental animal model that simulates a Parkinson's disease genetically linked enzymatic loss-of-function in the glucocerebrosidase gene, leading to glycosphingolipid accumulation.

The work shows that microglia, which to a large extent are controlling macrophage and immune functions in the brain, are overloaded with lipids in Parkinson's disease, while astrocytes that normally supply lipids for maintenance and growth, on average, are losing some of that lipid content. At the same time, the neurons are accumulating lipids in an inverse linear fashion relative to the surrounding astrocytes. Moreover, the study shows that there is a statistically significant link between a molecule known as GPNMB. This stress immune response molecule is linked to astrocytes that typically appears to quench some of the inflammatory signals that are associated with lipid accumulation and overall triglyceride levels in the substantia nigra region of the brain.

"Remarkably, we can model these new findings in Parkinson's disease versus healthy aging, microglia and astrocyte interactions in the vulnerable brain regions, precisely by mechanisms that block a lysosomal lipid breakdown pathway, shown to be a strong risk factor for developing PD," said senior author Dr. Ole Isacson, founding director of the Neuroregeneration Institute at McLean Hospital and professor of neurology at Harvard Medical School. "These results support our lipid-inflammation hypothesis in the causation of Parkinson's disease initiation and progression and may help us discover and develop new therapies by leaving behind conventional thinking about PD pathology, which to some extent has been limited to neurons and protein aggregates."

According to Isacson, the next steps include exploring how these lipid cell-cell interactions in the brain are both adaptive and pathological over time and how such cell mechanisms can lead to Parkinson's disease and Lewy body dementia.