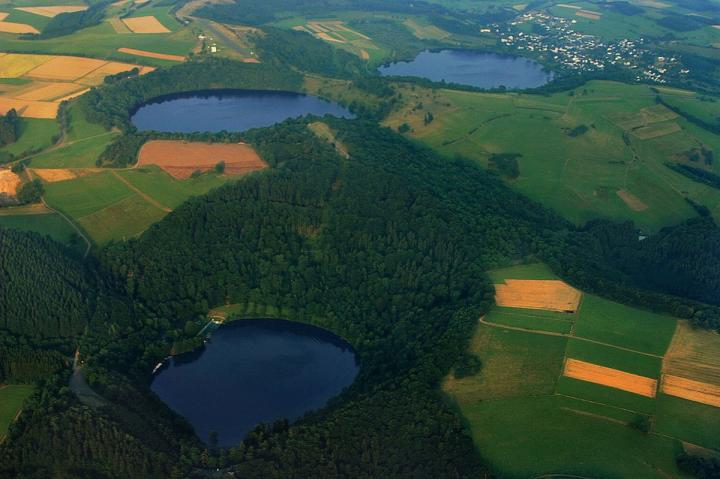 An ancient European volcanic region may pose both a greater long-term volcanic risk and seismic risk to northwestern Europe than scientists had realized, geophysicists report in a study in the Geophysical Journal International.

The scientists are not predicting that a volcanic eruption or earthquake is imminent in the densely populated area, which is centered in the Eifel region of Germany, and covers parts of Belgium, the Netherlands, France and Luxembourg. But the study revealed activity that is uncommon for the region.

"Our findings suggest this region is an active volcanic system, and much more seismically active than many of the faults in Europe between the Eifel volcanic region and the Alps," said Paul Davis, a UCLA research professor of geophysics and a senior author of the study.

Davis and his co-authors report subtle, unusual movements in the surface of the Earth, from which they conclude the Eifel volcanic region remains seismically active. The region has a long history of volcanic activity, but it has been dormant for a long time; scientists think the last volcanic eruption there was some 11,000 years ago.

The geophysicists report that the land surface in that region is lifting up and stretching apart, both of which are unusual in Europe. Although the uplift is only a fraction of an inch per year, it is significant in geological terms, Davis said.

The geophysicists analyzed global positioning system data from across Western Europe that showed subtle movements in the Earth's surface. That enabled them to map out how the ground is moving vertically and horizontally as the Earth's crust is pushed, stretched and sheared.

The dome-like uplift they observed suggests those movements are generated by a rising subsurface mantle plume, which occurs when extremely hot rock in the Earth's mantle becomes buoyant and rises up, sending extremely hot material to the Earth's surface, causing the deformation and volcanic activity. The mantle is the geological layer of rock between the Earth's crust and its outer core.

Corné Kreemer, the study's lead author, is a research professor at the University of Nevada, Reno's Nevada Bureau of Mines and Geology. He said many scientists had assumed that volcanic activity in the Eifel was a thing of the past, but the study indicates that no longer seems to be the case.

"It seems clear that something is brewing underneath the heart of northwest Europe," he said.

The Eifel volcanic region houses many ancient volcanic features, including circular lakes known as maars -- which are remnants of violent volcanic eruptions, such as the one that created Laacher See, the largest lake in the area. The explosion that created Laacher See is believed to have occurred approximately 13,000 years ago, with an explosive power similar to that of the spectacular 1991 Mount Pinatubo eruption in the Philippines.

The researchers plan to continue monitoring the area using a variety of geophysical and geochemical techniques to better understand potential risks.