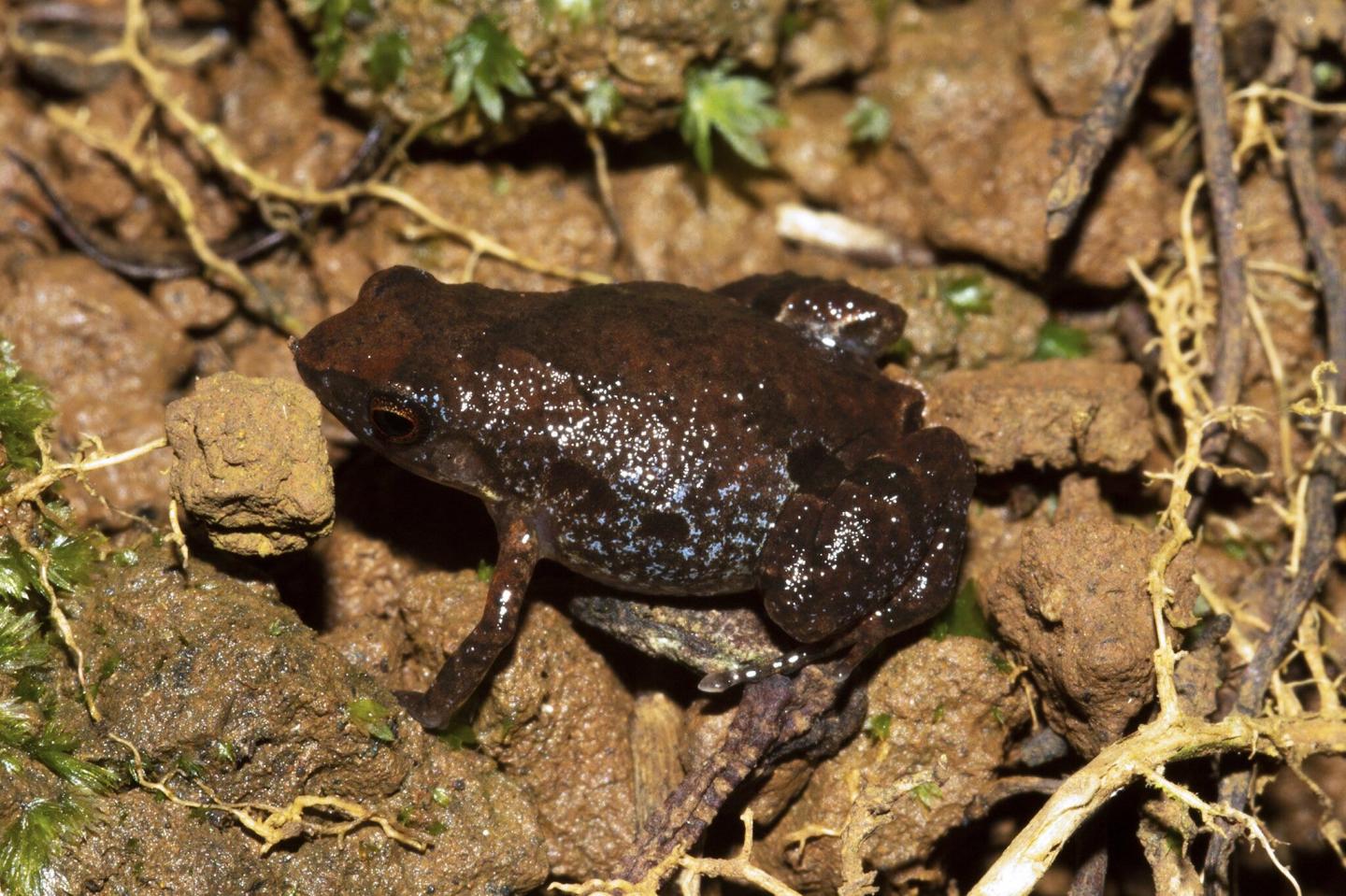 A new species proposed to be classified as Critically Endangered of miniaturised stump-toed frog of the genus Stumpffia, found in Madagascar, is named Stumpffia froschaueri after "the man from the floodplain full of frogs", Christoph Froschauer. The namesake of the new frog is famous for being the first, and European wide renowned, printer from Zürich, famous for printing "Historia animalium" and the "Zürich Bible".

Christoph Froschauer's (ca. 1490 - April 1564) family name means "the man from the floodplain full of frogs", and the printer used to sign his books with a woodcut, showing frogs under a tree in a landscape. Amongst his publications are works by Zwingli, Bullinger, Gessner, Erasmus von Rotterdam and Luther, and as a gift for his art, the printer was given citizenship in Zürich in 1519. Now, scientists have also honoured Froschauer's great contributions by naming a new frog species after him.

The new species is reliably known only from a few specimens collected in three forest patches of the Sahamalaza region, an area severely threatened by fire, drought and high levels of forest clearance.

"In Anketsakely and Ankarafa this species has been found only in areas with relatively undisturbed forest, and active individuals were found during the day within the leaf-litter on the forest floor, where discreet calling males were also detected", shares lead author Dr. Angelica Crottini from CIBIO.

Even though two out of the three forest patches where Stumpffia froschaueri occurs are now part of a UNESCO Biosphere Reserve, there is a lack in forest border patrols and the area remains under strong pressure from slash-and-burn activities and timber harvesting. Habitat loss and fragmentation are likely to represent a huge threat to the species' survival and cause population declines, unless remedial actions to enforce the protection of these habitats are taken. The scientists suggest to classify Stumpffia froschaueri as a Critically Endangered species according to criteria of the IUCN Red List.

"We here reiterate the need to continue with field survey activities, giving particular attention to small and marginal areas, where several microendemic candidate species are likely waiting to be discovered and formally described. This description confirms the Sahamalaza Peninsula as an important hotspot of amphibian diversity, with several threatened species relying almost entirely on the persistence of these residual forest fragments", concludes Dr. Crottini.