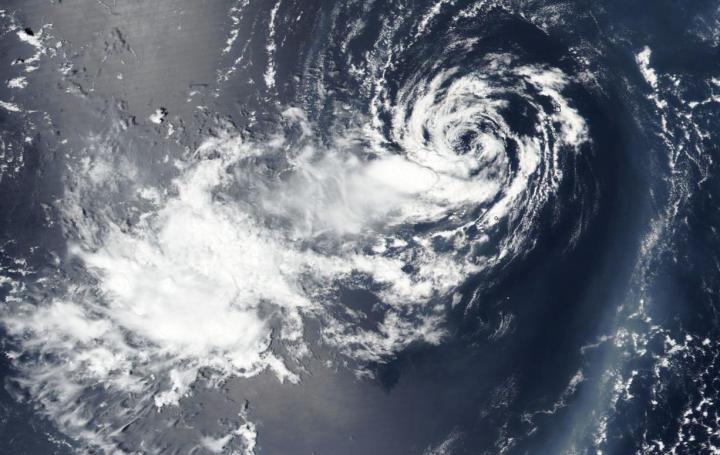 Tropical Depression 06W has been around for days, and continues to hold together as it moves in a westerly direction toward Taiwan in the Northwestern Pacific Ocean. NASA-NOAA's Suomi NPP satellite captured a visible image of the storm.

TD06W is expected to maintain intensity for another day and a half, when it will then weaken.

Hurricanes/tropical cyclones are the most powerful weather events on Earth. NASA's expertise in space and scientific exploration contributes to essential services provided to the American people by other federal agencies, such as hurricane weather forecasting.

For more than five decades, NASA has used the vantage point of space to understand and explore our home planet, improve lives and safeguard our future. NASA brings together technology, science, and unique global Earth observations to provide societal benefits and strengthen our nation. Advancing knowledge of our home planet contributes directly to America's leadership in space and scientific exploration.