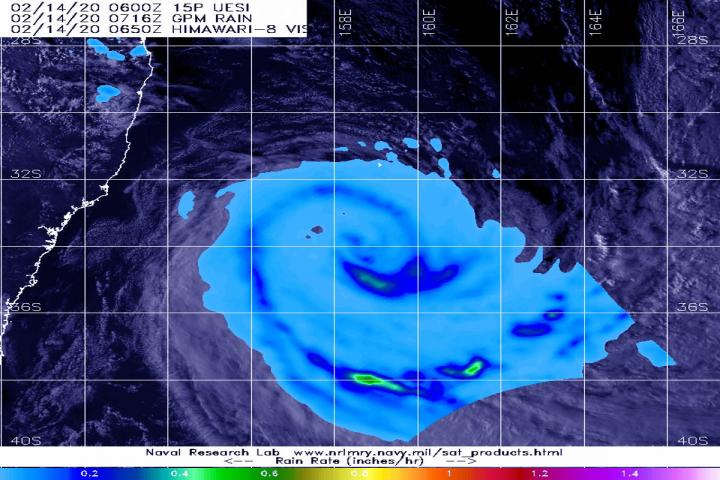 Although it is now an "ex-tropical cyclone," Uesi continues to generate some moderate rainfall, especially in its southern quadrant as it moves toward New Zealand.

The Global Precipitation Measurement mission or GPM satellite provided a look at the rainfall rates on Feb. 14 at 2:11 a.m. EST (0716 UTC). GPM found heaviest rainfall south of center and in bands far south of the center falling at rates of 1 inch (25 mm) per hour. Light rain appears around the entire system, falling at less than 0.2 inches (less than 5 millimeters) per hour.

On Feb. 13 at 2218 UTC (5:18 p.m. EST), the New Zealand Met Service (NZMS) reported "Ex-Tropical Cyclone Uesi was located near Lord Howe Island this morning, and is moving southwest. The system is expected to gradually recurve towards the southeast and move close to the lower South Island during Sunday [Feb.16]."