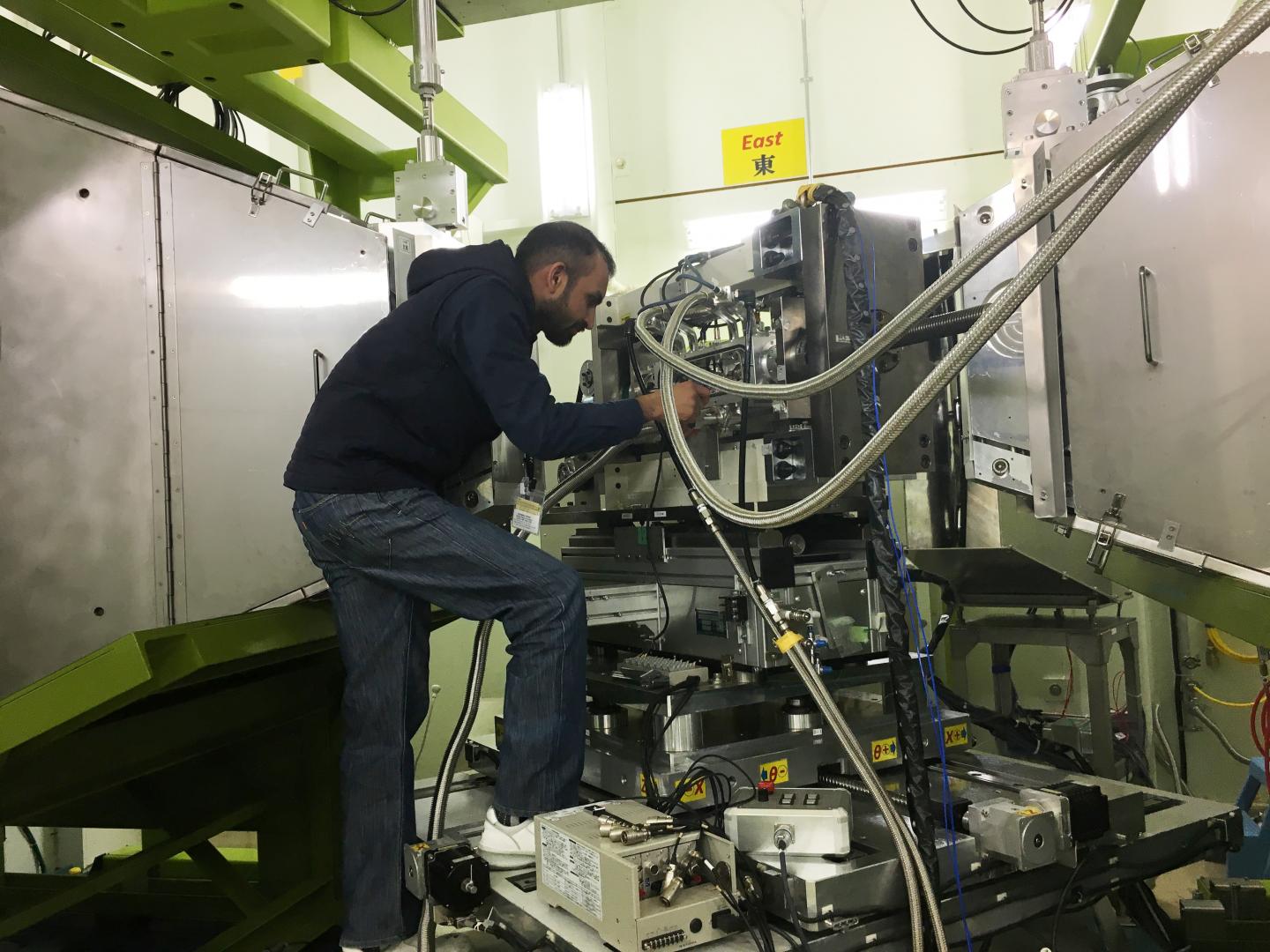 An international research team led by scientists from City University of Hong Kong (CityU) has recently discovered that high-entropy alloys (HEAs) exhibit exceptional mechanical properties at ultra-low temperatures due to the coexistence of multiple deformation mechanisms. Their discovery may hold the key to design new structural materials for applications at low temperatures.

Professor Wang Xunli, a newly elected Fellow of the Neutron Scattering Society of America, Chair Professor and Head of Department of Physics at CityU, joined hands with scientists from Japan and mainland China in conducting this challenging study on HEAs' deformation behaviours at ultra-low temperatures. Their research findings were published in the latest issue of the scientific journal Science Advances, titled "Cooperative deformation in high-entropy alloys at ultralow temperatures".

HEAs are a new class of structural materials with different favorable mechanical properties, such as excellent strength-ductility combination, high fracture toughness, and resistance against corrosion. It consists of multiple principal elements, contributing to complex deformation behaviours.

Usually, materials would become brittle at low temperatures because the atoms are "frozen" and lose their mobility. But HEAs demonstrate high ductility and they can be stretched to a large deformation at low temperatures. "This phenomenon was first discovered in 2014, but the mechanism behind is still unknown. It's intriguing," said Professor Wang who has been studying the mechanism since then and is the corresponding author of the paper.

To solve this puzzle, the research team led by Professor Wang made use of the in-situ neutron diffraction technique to study the deformation process of HEAs. "Neutron diffraction measurement is one of the only few means to observe what's going on during the materials' deformation. We can see every step: which mechanism kicks in first and how each of them interacts with the others, which is not feasible by conventional experimental methods like the transmission electron microscopy," Professor Wang explained, who is also the director of CityU Center on Neutron Scattering.

"More importantly, it can conduct measurements at ultra-low temperatures, i.e. near absolute zero. And the measurements are representative of the bulk of the sample rather than from the surface or localized area, providing microscopic information like how different grains of the materials interacted with each other," he added.

Using this technique, the sequence of deformation mechanisms in HEAs at ultra-low temperatures are revealed for the first time. The team found out that at 15 Kelvin (K), the HEA deforms in four stages.

It begins with the dislocation slip, a common deformation mechanism for face-centered-cubic materials, where the planes of crystal lattice slide over each other. While the dislocations continue, stacking faults gradually become active and dominant, where the stacking sequence of crystal lattice planes are changed by the deformation. It is then followed by twinning, where the misorientation of lattice planes occurs, resulting in a mirror image of parent crystal. Finally, it transits to serrations where the HEA shows big oscillations of deforming stress.

"It is interesting to see how these mechanisms become active and cooperate with each other when the material deforms," said Mr Muhammad Naeem, a graduating PhD student and Senior Research Assistant from CityU's Department of Physics who is the first author of the paper.

In their experiments, they found that the HEAs showed a higher and more stable strain hardening (strain hardening means materials become stronger and harder after deformation), and the exceedingly large ductility as the temperature decreased. Based on the quantitative analysis of their in-situ experimental data, they concluded that the three observed additional deformation mechanisms - stacking faults, twinning, and serrations - as well as the interaction among these mechanisms, are the source of those extraordinary mechanical properties.

The whole study took the team almost three years. But there is a lot for further exploration. "Complicated deformation mechanisms in HEAs at ultra-low temperatures is a new terrain that very few people have ventured before. The findings of this study only show the tip of an iceberg," said Professor Wang.