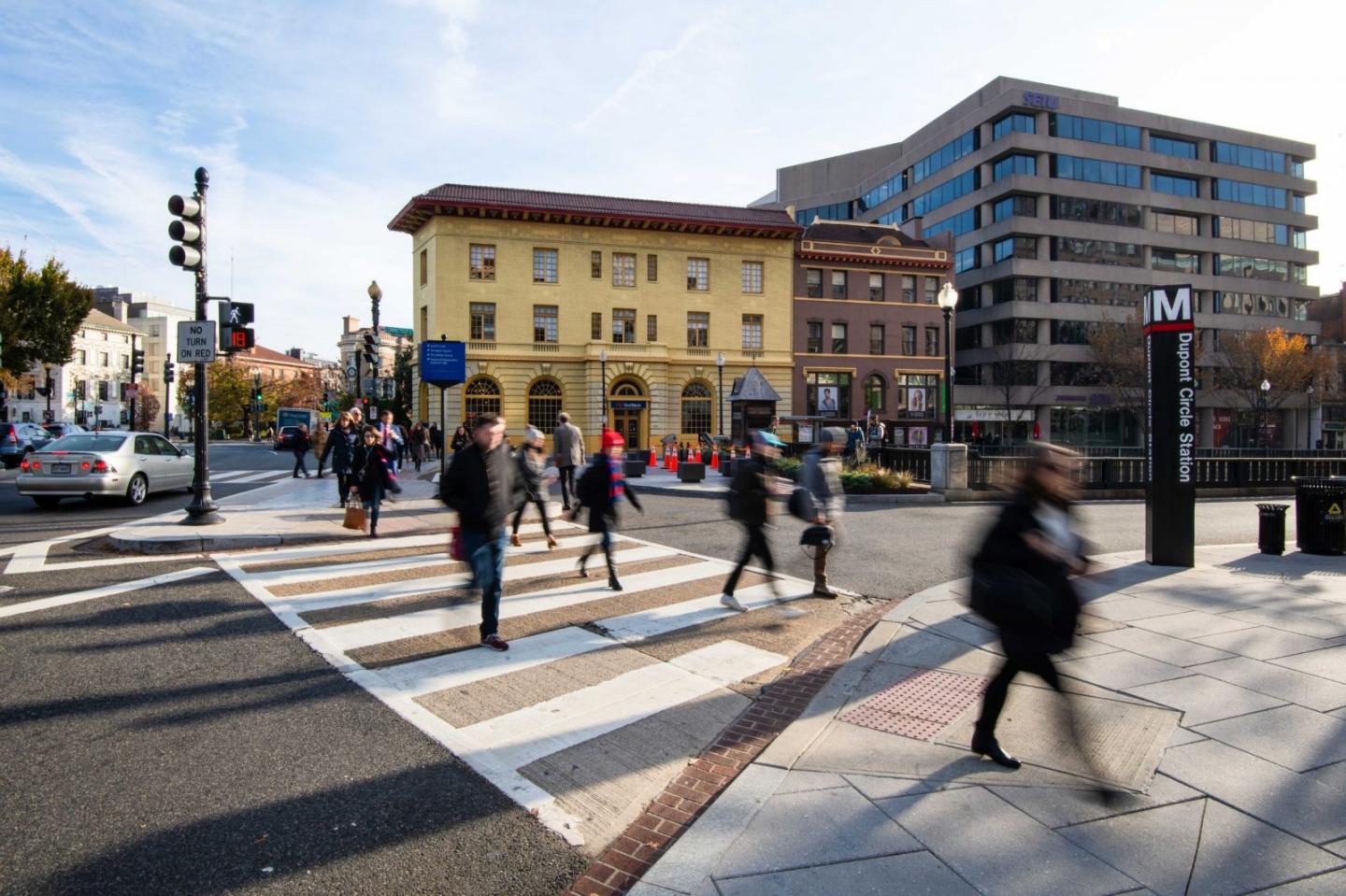 The federal government has allocated only about 2 percent of its transportation funds to encourage walking and cycling, not nearly enough to make a significant difference, according to Ralph Buehler, associate professor and chair of the urban affairs and planning program in the Virginia Tech School of Public and International Affairs.

In a recently released study of National Household Travel Surveys from 2001 and 2017 designed to estimate the frequency, duration, and distance of walking and cycling per capita, Buehler and his collaborators, John Pucher from Rutgers University and Adrian Bauman from the University of Sydney, found only a slight increase in walking and no increase in cycling.

"It is not at all surprising that the small increase in walking was in dense, urban cities like Boston, New York City, Philadelphia, and Washington, D.C., where measures have been taken to improve infrastructure and programs and policies have been adopted to make walking and cycling easier and safer," said Buehler.

The study showed the most significant increase in walking was among well-educated adults 25-64 years.

While walking rates are roughly the same for men and women, cycling remains highest among white, higher-income males. In fact, three times more men than women are likely to cycle, Buehler said.

"In general, women will only cycle if they think the entire ride will be safe," said Buehler. "If they perceive that there will be any danger at all along the way they will resist."

Another obstacle to increasing walking and cycling in the U.S., said Buehler, is that driving is still very attractive and, aside from urban areas, parking is typically free or inexpensive. The study found that when compared to individuals in households without cars, those in households with at least one car were less than half as likely to cycle in 2001 and only slightly more than a third as likely in 2017. Rates were even lower for households with two cars and lowest for those with three or more cars.

The study was recently published online in the March issue of the Journal of Transport and Health.

"Public health researchers know that walking and cycling have many health benefits, as well as being environmentally, socially, and economically sustainable means of urban travel," said Buehler, who noted that one big advantage of these physical activities is that they can easily be integrated into daily routines.

Walking and cycling are natural, cheaper, and more utilitarian than exercise that requires more structured visits to gyms, fitness centers, or swimming pools, he said.

"Because they have health implications, it is important that there be equity when improving conditions and facilities connected to them. Governments need to work on a much greater, nationwide scale and especially with underserved communities to plan and implement safer traffic lights, crosswalks and bike lanes, and bike parking facilities," said Buehler.

"Too little has been done outside of wealthier areas to support more walking or cycling," Buehler said, citing Ward 7 and Ward 8 in Washington, D.C., as an example.

Buehler and his team found that both walking and cycling decreased most among one demographic: 5 to 15 year-olds.

"When you think about how walking and cycling can favorably impact health and how obesity and related problems are on the rise among U.S. adolescents, this is a troubling finding," Buehler said.

While some of the decline in this age group can be attributed to parents' fear of "stranger danger" and the fact that technology allows kids to connect to each other with no need for face-to-face encounters, Buehler said that schools could play an important role in encouraging cycling by teaching a course much like its driver education programs.

"If both parents and children better understand the health benefits cycling offers and learn the 'rules' of cycling, they may be more willing to accept it as a practical, healthier, and even more enjoyable mode of transportation," Buehler said.

Another important target group, said Buehler, is seniors. "Nonexistent, unconnected, or low-quality sidewalks increase the risk of falls by pedestrians, with particularly serious health consequences for seniors," he said. "But given their greater vulnerability when driving in traffic, it is quite likely that they can be encouraged to walk if ensured of safe, convenient, and pleasant walking facilities."