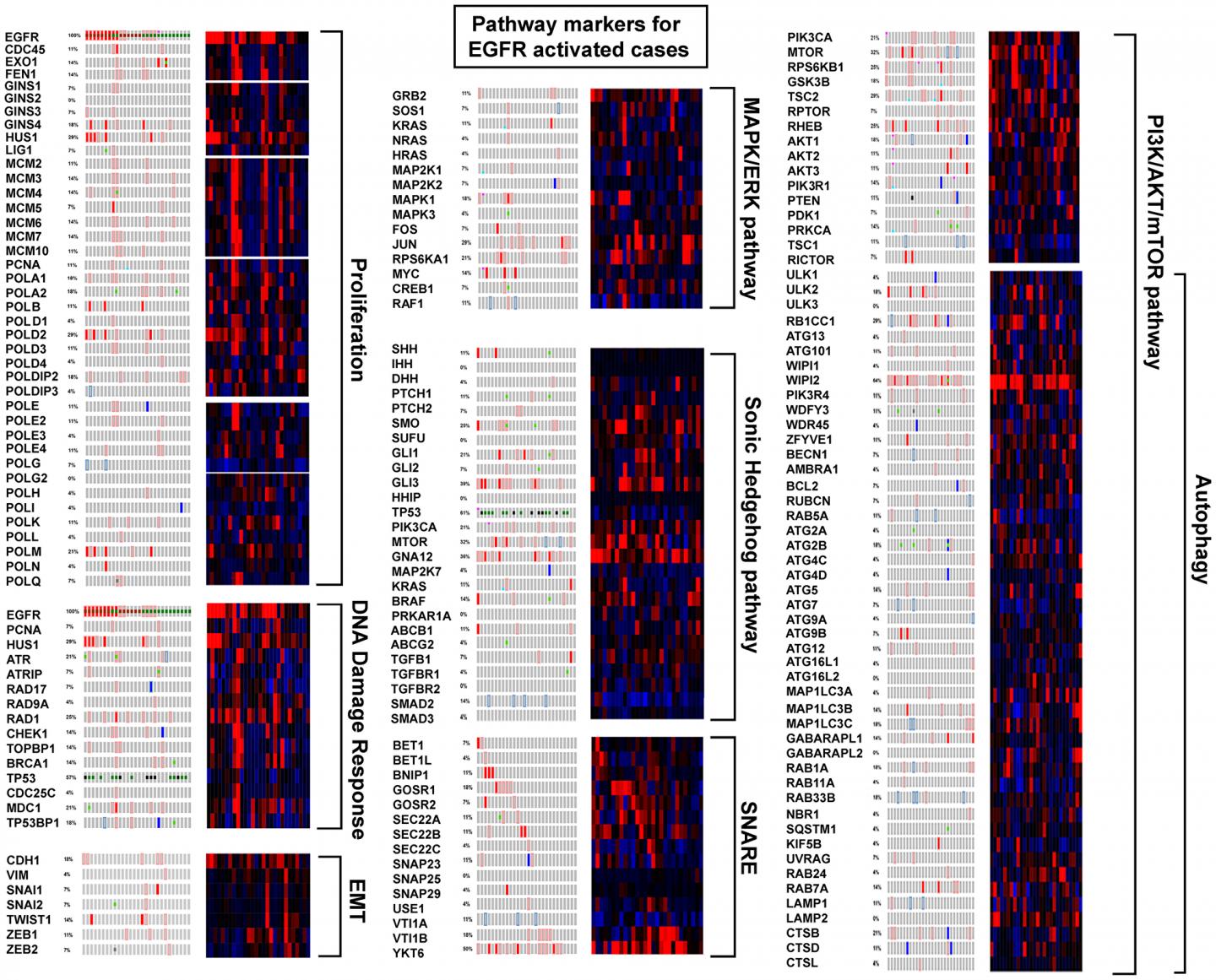 Significantly, results suggest EGFR over expression and activation are early alterations that likely stall the replication complex through PCNA phosphorylation creating replication stress responsible for DNA damage response and further mutation, but does not promote increased proliferation itself.

Dr. Melanie Haas Kucherlapati from the Department of Genetics at Harvard Medical School in Boston, Massachusetts, USA as well as the Department of Medicine, Division of Genetics at Brigham and Women's Hospital in Boston, Massachusetts, USA said, "It is well established that cancer is the result of accumulated genetic changes to tumor suppressor genes or oncogenes, and that these changes lead to uncontrolled cellular proliferation."

This study focuses on genomic and transcriptional changes to proliferation genes across a LUAD cohort created by The Cancer Genome Atlas, previously subtyped by them on the basis of copy number, DNA methylation, and mRNA expression.

The second part of this study unexpectedly found that levels of EGFR expression overall were inversely proportional to the expression levels of multiple other important proliferation factors across the TCGA LUAD cohort.