Milestones on the way to the nuclear clock 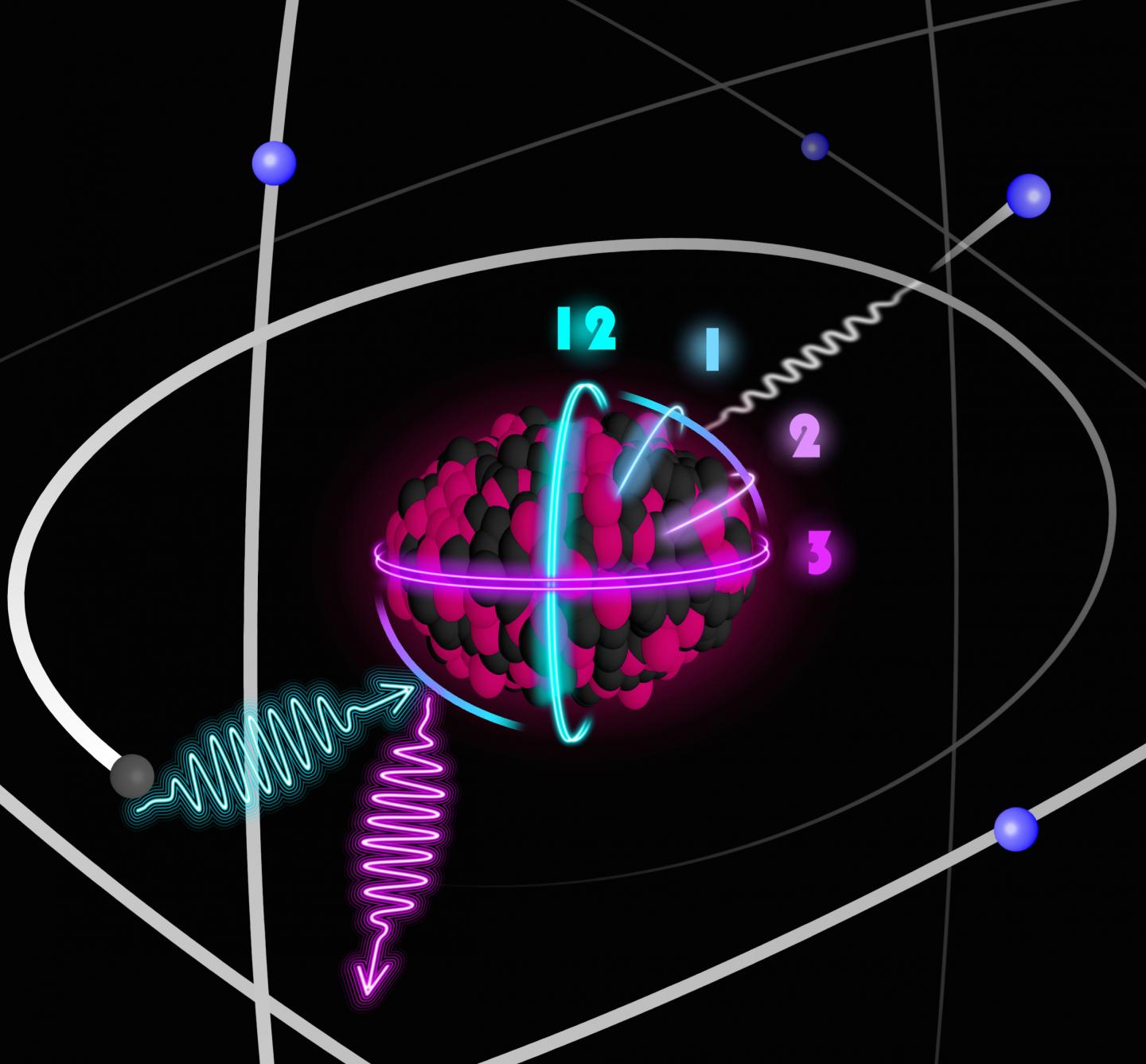 IMAGE: Thorium nuclei could be used to create ultra-precise clocks

If you want to build the most accurate clock in the world, you need something that "ticks" very fast and extremely precise. In an atomic clock, electrons are used, which can be switched back and forth between two different states in a very precisely defined way. Even more precise, however, would be a nuclear clock that does not use states of electrons, but internal states of the atomic nucleus.

For decades, people have been searching for suitable atomic nuclei for this purpose, and for a long time it had been conjectured that a specific thorium isotope must have a nuclear state that would be suitable for the construction of a new generation of high-precision clocks. This long-sought core state of thorium has now been demonstrated experimentally for the first time - twice, by two different international research teams. TU Wien played a significant role in both experiments. The results of the two experiments have now been published simultaneously in the journal "Nature".

"In nuclear physics we usually have to deal with very high energies", says Prof. Thorsten Schumm from TU Wien. "The energies of the electrons orbiting the atomic nucleus are usually much lower, so it is relatively easy to manipulate these electrons with laser light. This is usually not possible with atomic nuclei".

Thorium nuclei of the isotope 229, however, are a remarkable exception: "Just above the ground state - the state with the smallest possible energy - there is, surprisingly, another nuclear state, which we call isomer," says Thorsten Schumm. The energy difference between these two nuclear states - the ground state and the isomer - is many orders of magnitude smaller than the difference between energy levels in other atomic nuclei. It is comparable to the energies of electrons. Thorium-229 is currently the only nucleus with such a low-energy isomer state.

The transition between the two thorium nuclear states is an excellent basis for constructing a novel precision clock. Nuclear states can be measured even more precisely than electron shell states as used in today's atomic clocks. Also, the atomic nucleus is much better protected against perturbations, for instance from external electromagnetic fields. Until now, the great problem was that the exact energy value of the unusual thorium isomer state was unknown.

Because the search for this core condition is complicated and time-consuming, several teams joined forces: Research groups from Germany and Austria (LMU München, MPI Heidelberg, and TU Wien) developed a method to detect the desired isomer state: When radioactive uranium 233 nuclei decay, electrically charged thorium ions are formed - about 2% of them end up in the desired excited isomeric state. In order to electrically neutralize these thorium ions again, they are guided through a thin graphene layer, from which the thorium ions capture the missing electrons. The neutral thorium atoms can then spontaneously change from the excited nuclear state to the ground state. This releases energy: An electron is hurled away. The energy of this electron is measured - and if all details of the complicated experiment can be precisely controlled and calculated, the energy of the thorium nucleus state can be deduced. Thorsten Schumm and Simon Stellmer helped to develop the experiment, Florian Libisch and Christoph Lemell carried out computer simulations required for a quantitative estimate of the isomer energy.

At the same time, a completely different experiment was carried out in Japan, and Thorsten Schumm from the TU Wien was involved in this work too. There, a synchrotron was used which produces extremely intense X-rays. If thorium nuclei are irradiated with these rays, they can be transferred to the second excited nuclear state with an energy over 1000 times higher than the isomer state. From this state, the thorium nuclei then decay predominantly into the desired isomeric state, close to the ground state - the atoms are actively "pumped" into the isomer state and can be measured there.

"This is an extremely important step for us: not only do we know that the excited state actually exists just above the ground state, we also know its energy quite well now," says Thorsten Schumm. In further measurements, the state will be measured even more precisely. Then it should be possible to use it for building compact, high-precision atomic nuclear clocks. Such clocks would open up completely new research possibilities: They would be a great tool for basic research, for example to investigate dark matter or to measure whether our natural constants are actually exactly constant. In addition to that, an atomic nuclear clock would make many other measurements more precise, which may only be indirectly related to measuring time. These include the measurement of tiny irregularities in the Earth's gravitational field or the more precise positioning of objects using satellite-based navigation.