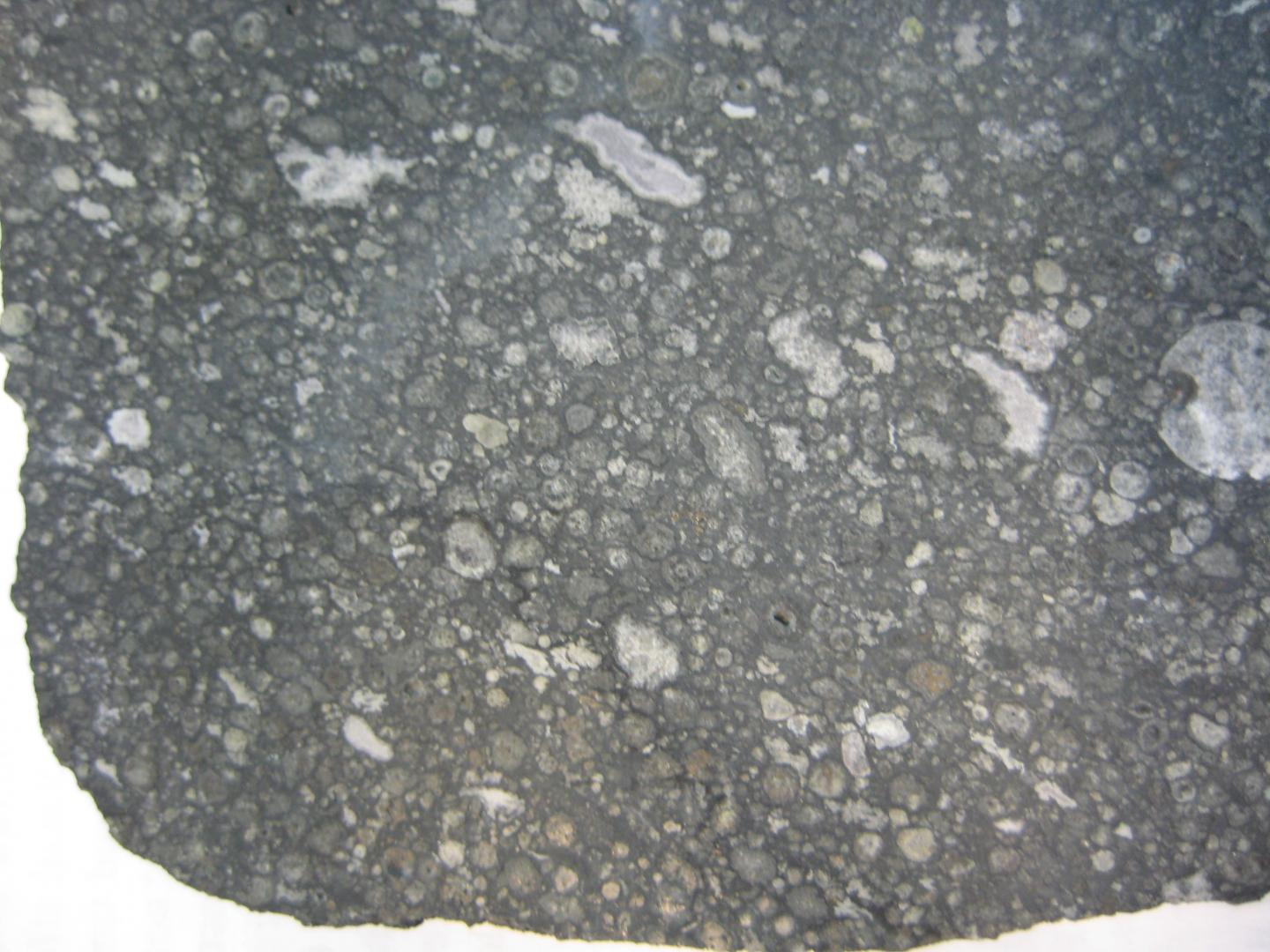 IMAGE: A section of the Allende meteorite from Mexico. This type of meteorite is made of many smaller particles, or chondrules. They represent the oldest material in the solar system. New...

New studies of a rare type of meteorite show that material from close to the Sun reached the outer solar system even as the planet Jupiter cleared a gap in the disk of dust and gas from which the planets formed. The results, published this week in Proceedings of the National Academy of Sciences, add to an emerging understanding of how our Solar System formed and how planets form around other stars.

The consensus theory on how planets form is that they accrete from a disk of dust and gas that rotates around a new-formed star. Evidence for the composition of this protoplanetary disk in our own solar system comes from chondrites, a type of meteorite made up of smaller particles, or chondrules, that collected together like a cosmic dust bunny.

"If we understand transport, we can understand the properties of the disk and infer how the planets were built," said Qingzhu Yin, professor of earth and planetary sciences at the University of California, Davis and coauthor on the paper.

The material in chondrites is extremely old, representing leftover dust and debris that from the very early solar system. Further evidence comes from rocks from the Earth and Moon and samples of cosmic dust and comet material collected by the Stardust mission and other space probes.

Researchers can work out approximately where and when these meteorites formed by measuring the ratios of isotopes of elements such as oxygen, titanium and chromium within them.

Why was there not more mixing, if all the planets formed from the same protoplanetary disk? The explanation is that as Jupiter formed earlier, it plowed a gap in the disk, creating a barrier to the movement of dust, Yin said. Astronomers using the ALMA radio telescope in Chile have observed the same phenomenon in protoplanetary disks around other stars.

Yet some meteorites seem to be exceptions to this general rule with a wider mixture of components.

Yin, UC Davis research scientist Curtis Williams, and their collaborators carried out a detailed study of isotopes from 30 meteorites. They confirmed that they fell into two distinct groups: the non-carbonaceous chondrites as well as other, more common types of meteorite; and the carbonaceous meteorites.

Then they studied individual chondrules from two chondritic meteorites, the Allende meteorite that fell in Mexico in 1969 and the Karoonda meteorite, which fell in Australia in 1930.

How? There are a couple of possible mechanisms, Williams said.

"One is that there was still movement along the disk midplane, although it should have been stopped by Jupiter," he said. "The other is that winds in the inner solar system could have lofted particles over the Jupiter gap."

Either of these mechanisms could also be responsible for inner solar system material that has also been found in comets by the Stardust mission.

The new study helps to connect cosmochemistry, planetary sciences and astronomy to give a complete picture of planet formation, Yin said.