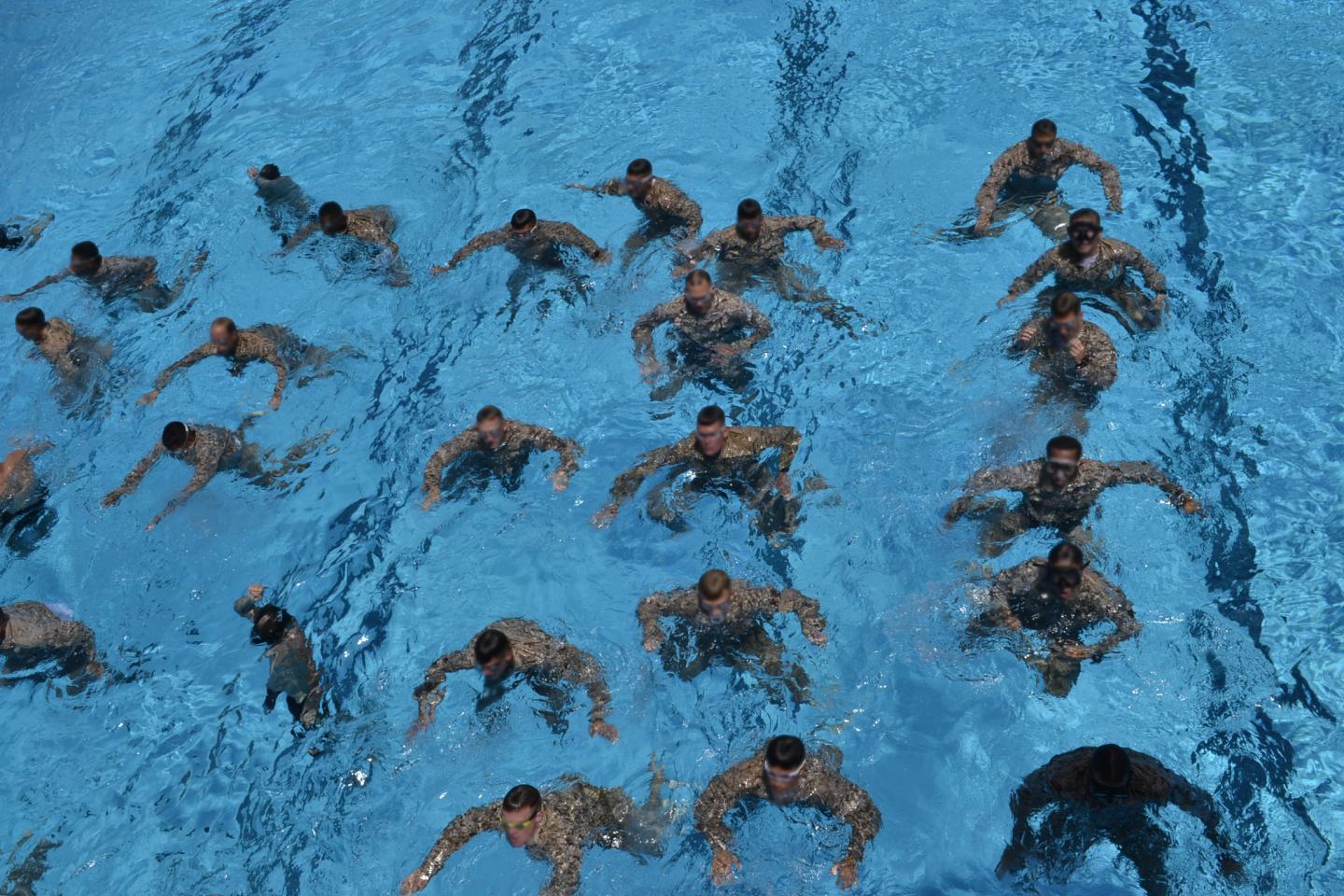 LOS ANGELES -- The United States military has a constant need for service members who can serve in elite and specialized military units, such as the Marine Corps. However, because the training courses for these forces is so rigorous, the dropout rate is high.

To help determine predictors of success or failure in elite military training, Leslie Saxon, MD, executive director of the USC Center for Body Computing, and fellow Center for Body Computing researchers monitored the physical and psychological activity of three consecutive classes of Marines and sailors enrolled in a 25-day specialized training course.

The results were published in the Journal of Medical Internet Research mHealth and uHealth.

A total of 121 trainees participated. Only slightly more than half (64) successfully completed the course.

Researchers found there was no correlation between finishing and performance on physical training standards, such as hikes or aquatic training. Physical markers such as heart rate or sleep status also did not play a role.

Rather, the biggest determinant was mental. Trainees who identified themselves as extroverted and having a positive affect -- the ability to cultivate a joyful, confident attitude -- were most likely to complete the course.

"These findings are novel because they identify traits not typically associated with military performance, showing that psychological factors mattered more than physical performance outcomes," says Saxon, who is also a cardiologist with Keck Medicine of USC and a professor of medicine (clinical scholar) at the Keck School of Medicine of USC.

Researchers were also able to pinpoint psychological stressors that triggered dropping out of the course. Trainees typically quit before a stressful aquatic training exercise or after reporting an increase in emotional or physical pain and a decrease in confidence. This led researchers to be able to predict who would drop out of the course one to two days in advance.

While Saxon has been studying human performance in elite athletes for 15 years, this was her first study involving the military. She partnered with the USC Institute for Creative Technologies, which has established military research programs, to run the study with a training company in Camp Pendleton, Calif. that trains Marines in amphibious reconnaissance. Typically, only around half of the participants finish the training.

"This study, the first to collect continuous data from individuals throughout a training, suggests that there may be interventions the military can take to reduce the number of dropouts," says Saxon. "This data could be helpful in designing future training courses for Marines and other military units to increase the number of elite service members, as well as provide insights on how to help athletes and other high performers handle challenges."

Saxon is already testing whether or not various psychological interventions or coaching might encourage more trainees to stay the course.