Many patients with iNPH develop Alzheimer's disease, too 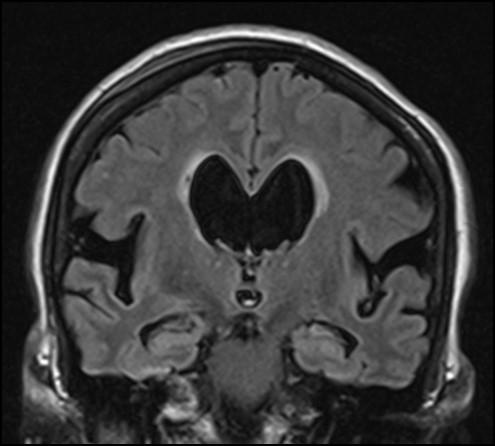 Up to one in five patients treated for idiopathic normal pressure hydrocephalus, iNPH, also develop Alzheimer's disease, according to a new study from the University of Eastern Finland and Kuopio University Hospital. The researchers were able to predict the development of Alzheimer's disease by using the Disease State Index, DSI, that combines patient-specific data from various sources. The results were published in Journal of Alzheimer's Disease.

In iNPH, the circulation of cerebrospinal fluid (CSF) is disturbed for an unknown reason, leading to a slightly elevated brain pressure and dilation of the brain ventricles. Symptoms of NPH include gait deviations, impaired short-term memory and urinary incontinence. Patients with iNPH often have changes in brain that are related to Alzheimer's disease.

The study followed patients with iNPH after they had received treatment for their disease. They were treated with shunt surgery, in which excessive CSF is led from the brain ventricles to the abdominal cavity by using a CSF shunt. Shunted NPH patients who had undergone brain tissue biopsy in connection with their surgery were selected for the study. The objective of the biopsy was to detect changes that are indicative of Alzheimer's disease.