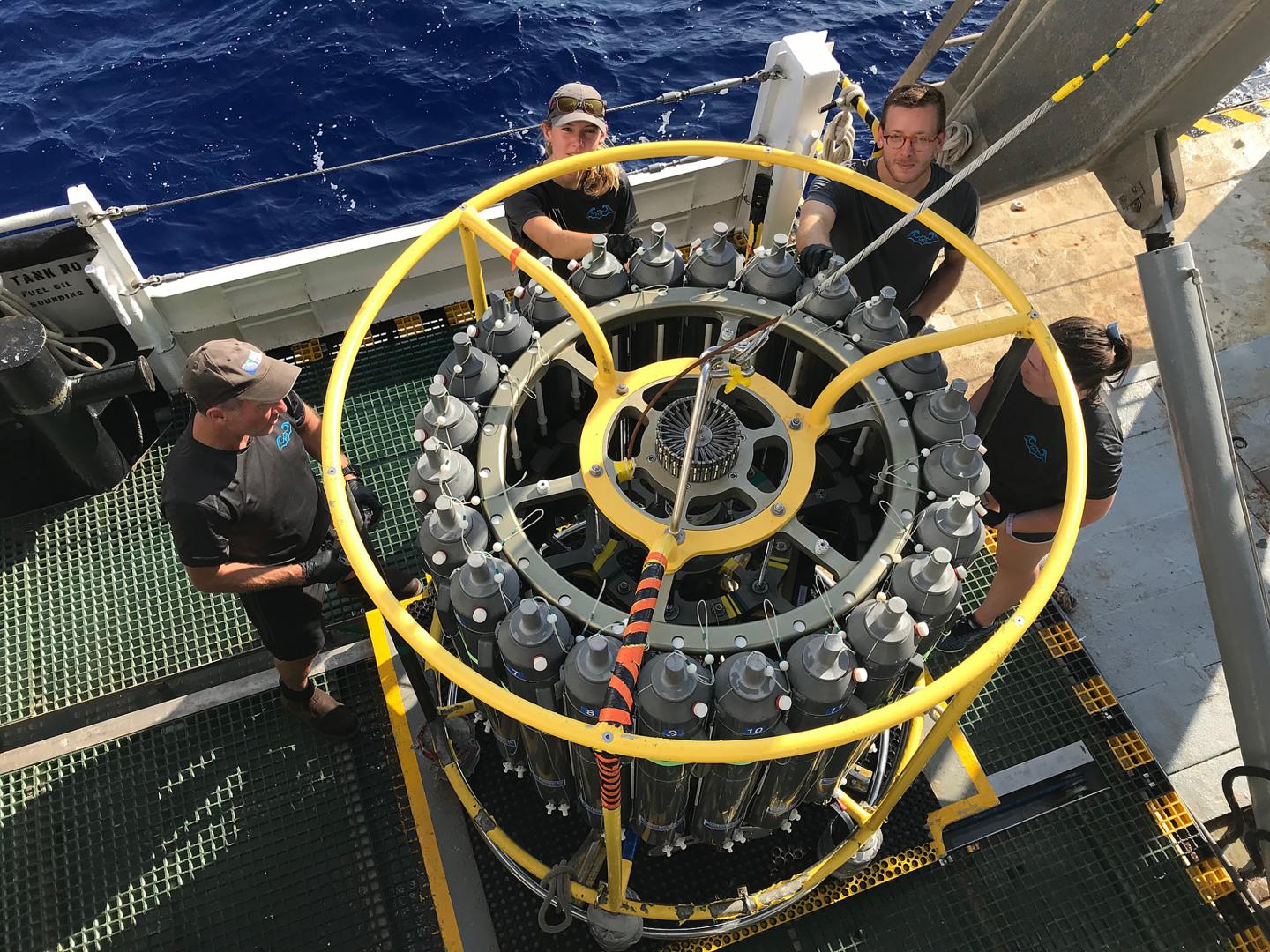 The study utilized datasets from Hydrostation 'S' and the Bermuda Atlantic Time-series Study (BATS) projects at the Bermuda Institute of Ocean Sciences (BIOS). Both are led by Professor Nicholas Bates, BIOS senior scientist and the projects' principal investigator (PI), and Rod Johnson, BIOS assistant scientist and the projects' co-PI. Together, these time-series represent the two longest continuous records of data from the global open ocean.

"The four decades of data from BATS and Hydrostation 'S' show that the ocean is not changing uniformly over time and that the ocean carbon sink is not stable over recent time with variability from decade to decade," Bates said.

Of the two sites, Hydrostation 'S' is the oldest, located approximately 15 miles (25 km) southeast of Bermuda and consisting of repeat biweekly hydrographic observations of temperature, salinity, and dissolved oxygen conducted through the water column since 1954. The Bermuda Atlantic Time-series Study (BATS) site is located approximately 50 miles (80 km) southeast of Bermuda. It consists of monthly sampling of the physics, chemistry, and biology of the entire water column since 1988. The study's datasets represent more than 1381 cruises to Hydrostation 'S' from 1954 to 2020 and more than 450 cruises to BATS from 1988 to the end of 2019.

The data also show a trend of dissolved oxygen (DO) decline in the Sargasso Sea since the 1980s, representing a loss of ~2% per decade. Given the ocean warming observed in the Sargasso Sea, the researchers estimate that the warming impact on DO solubility would likely have contributed to about 13% of the total decline of DO over the past nearly 40 years. The remaining deoxygenation (~87%) must have resulted from the combined effect of changes in ocean biology and physics.

The BATS and Hydrostation 'S' time-series data allow direct detection of the ocean acidification signal in the surface waters of the North Atlantic Ocean. The typical pH range of surface waters in the 1980s ranged from wintertime highs of ~8.2 to summertime lows of ~8.08-8.10, with the ocean remaining mildly alkaline at present (~7.98-8.05). The rate of pH change is ~0.0019 +/- 0.0001 year-1, which is a more negative rate than previously reported and represents a 20% increase in hydrogen ion concentration since 1983. These changes were accompanied with significant increases of dissolved inorganic carbon and CO2 and decreases in both calcite and aragonite saturation states.

The observations off Bermuda reveal the substantial decadal variations and highlight the need for long-term data to determine trends in other ocean physical and biogeochemical properties, particularly when linking local measurements to basin-scale changes. Long-term data on ocean chemistry and physical from time-series sites such as Hydrostation 'S' and BATS provide critically needed and unparalleled observations that, when coupled with ocean-atmosphere models, allow for a more complete understanding of drivers of the global carbon cycle.