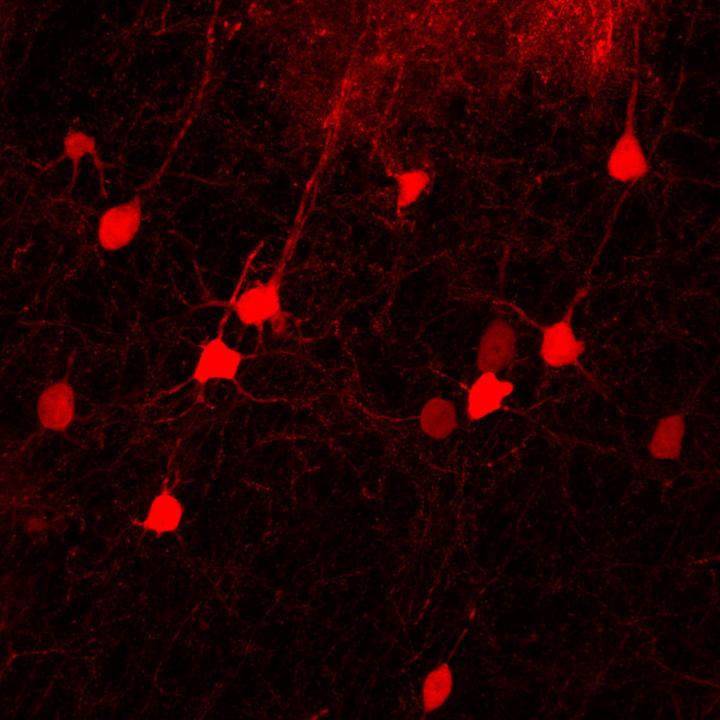 Regeneration of functional new neurons to repair injured human brain is a long-term unsolved problem up till today. The lack of neuroregeneration is one of the major reasons why so many brain disorders such as stroke and Alzheimer's disease do not have a cure yet. A research team led by Prof. Gong Chen at Jinan University (Guangzhou, China) published a work on October 9th in Neural Regeneration Research, providing unambiguous data that brain internal astrocytes are directly converted into neurons through lineage tracing studies. Using brain internal astrocytes, a type of supporting cells to neurons, to directly convert into new neurons is an innovative brain repair technology that may benefit millions of patients worldwide.

Human brain has two major types of cells, neurons and glial cells. Neurons cannot divide and therefore don't have self-regeneration capability, but glial cells can divide and self-regenerate. Prof. Chen's team has previously demonstrated through a series of works that brain internal glial cells can be directly converted into neurons through NeuroD1-based gene therapy. Many other labs have also confirmed such direct glia-to-neuron conversion in the brain, spinal cord, and retina. However, some people, both inside and outside the regenerative medicine field, still have some benefit of the doubt on direct glia-to-neuron conversion and demand more evidence to support such ground-breaking discoveries.

In this study, Chen's team employs transgenic reporter mice that can faithfully trace astrocytic lineage to unambiguously demonstrate that astrocytes can be converted directly into neurons in adult mouse brain. "We crossed Aldh1l1-CreERT2 mice with Ai14 mice and administered tamoxifen to induce Cre-mediated recombination so that many astrocytes will be lineage-traced permanently by red fluorescent protein tdTomato", explained by the first author and a postdoctoral fellow Dr. Zongqin Xiang. "Then, we injected AAV expressing neural transcription factor NeuroD1 under astrocytic promoter GFAP into the mouse cortex, and detected clear expression of NeuroD1 in the tdTomato-labeled astrocytes at 7 days post viral infection", added by the co-first author and a PhD student Mr. Liang Xu. "Most excitingly, at 135 days post NeuroD1 infection (experiments delayed by COVID-19), we observed that many NeuroD1-expressing tdTomato-labeled astrocytes had now been converted into NeuN-positive neurons with typical neuronal morphology. This experiment provides unambiguous evidence on in vivo astrocyte-to-neuron conversion", concluded by Prof. Gong Chen.

Besides AAV viral system, Chen's team employed another viral system, the retroviral system, to further demonstrate such direct glia-to-neuron conversion process. "While AAV has the advantage of low immunogenicity and relatively safe as a gene therapy vector for the treatment of neurological disorders, its capability to infect both neurons and glial cells may cause confusion if AAV dosing and promoter are not used properly," said Prof. Wenliang Lei, a co-corresponding author of the work. "We therefore employed retroviral vectors to express NeuroD1 exclusively in dividing glial cells, and we were able to further confirm that the newly generated neurons were directly converted from dividing glial cells", added Prof. Lei.

With two lines of unambiguous data in hand, Chen's team went on to address some confusions in the field caused by some improperly designed experiments and high dosing of AAV used by some labs. "A recent work challenged the field of in vivo glia-to-neuron conversion based on one set of experiments using high dose of AAV that produced artifacts in the mouse cortex," said Prof. Wen Li, another co-corresponding author of the work. "We demonstrated in this work that when an appropriate dosage of AAV was used, the artifacts of so-called leakage can be minimized if not completely avoided", added Prof. Li.

"For newcomers entering into this exciting in vivo glia-to-neuron conversion field, we highly recommend all investigators using different viral systems at different dosing, and performing both in vitro and in vivo studies to prove or disprove any hypothesis," Prof. Chen provided insightful comments as a leader of this emerging new field. "With the addition of this indisputable evidence from lineage tracing studies, we believe that this exciting in vivo glia-to-neuron conversion technology will provide an unprecedented opportunity to repair damaged brain with internal glial cells", Prof. Chen concluded with unwavering confidence.