For kids who face trauma, good neighbors or teachers can save their longterm health 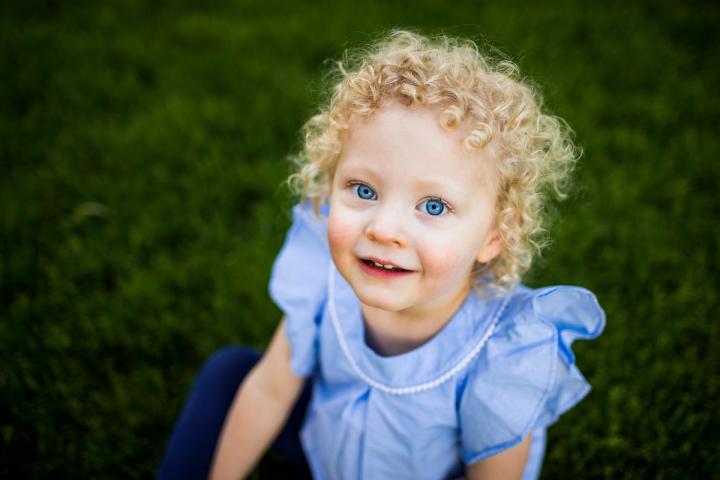 IMAGE: A young child looks directly at the camera.

New research shows just how important positive childhood experiences are for our long-term health -- especially for those who experience significant adversity as a child.

Studies over the past 20 years have found a correlation between the number of adverse childhood events (such as death or divorce) and worse health outcomes later in life. A new study from professor Ali Crandall and other Brigham Young University coauthors discovered that positive childhood experiences -- like having good neighbors, regular meals or a caregiver you feel safe with -- have the potential to negate harmful health effects caused by adverse childhood experiences.

"If your child has experienced trauma and you're worried about the long-term impact it could have on them, these findings show that the positive experiences in childhood lead to better adult physical and mental health, no matter what they have faced," said Crandall, assistant professor of public health at BYU.

Specifically, the study found that even when an individual had four or more adverse childhood experiences (called ACEs), having a high number of advantageous childhood experiences (Counter-ACEs) lessened the negative effect of ACEs on adult health. This is significant because the landmark 1998 ACEs study concluded that having four or more ACEs in childhood greatly increases negative health outcomes, including higher BMI, smoking rates, depression and chronic health conditions.

BYU study participants reported the number of ACEs and Counter-ACEs they experienced in childhood. ACEs include abuse, abandonment, having a family member in jail, alcoholism, mental illness, addiction, divorce or death. The full list of Counter-ACEs includes having good friends and neighbors, beliefs that provide comfort, liking school, teachers who care, having a caregiver whom you feel safe with, opportunities to have fun, feeling comfortable with yourself and a predictable home routine like regular meals and bedtimes.

Accoring to the study findings, published recently in the journal Child Abuse & Neglect, nearly 75 percent of participants had at least one adverse childhood experience, while the average amount of ACEs was 2.67 per person. The average positive experience score was 8.15, with 39 percent of people having experienced all 10 of those Counter-ACEs.

Participants also reported their current health through a variety of physical measures -- like BMI, fruit and vegetable consumption, physical exercise, sleep difficulties and if they smoked daily -- as well as their cognitive and mental health through executive functioning abilities, perceived stress, depression, internal locus of control, gratitude, forgiveness of self and challenging situations and familial closeness. Interestingly, researchers also found that the absence of Counter-ACEs led to poor adult health regardless of the number of ACEs.

"As bad as ACEs may be, the absence of these positive childhood experiences and relationships may actually be more detrimental to lifelong health so we need more focus on increasing the positive," Crandall said.

While many of the adverse childhood experiences in this study are affected by a child's family situation, Crandall said that "other adults in a child's life that are not the parent, like extended family, teachers, neighbors, friends and youth leaders all help to increase the number of counter ACEs and boosts lifelong health."

Crandall believes that increasing counter-ACES in the home is the easiest place to start and is working to educate the community about how to do this in conjunction with United Way. BYU professors Brianna Magnusson, Len Novilla, Carl Hanson and Michael Barnes were coauthors on the study.