It's all a blur.....why stripes hide moving prey 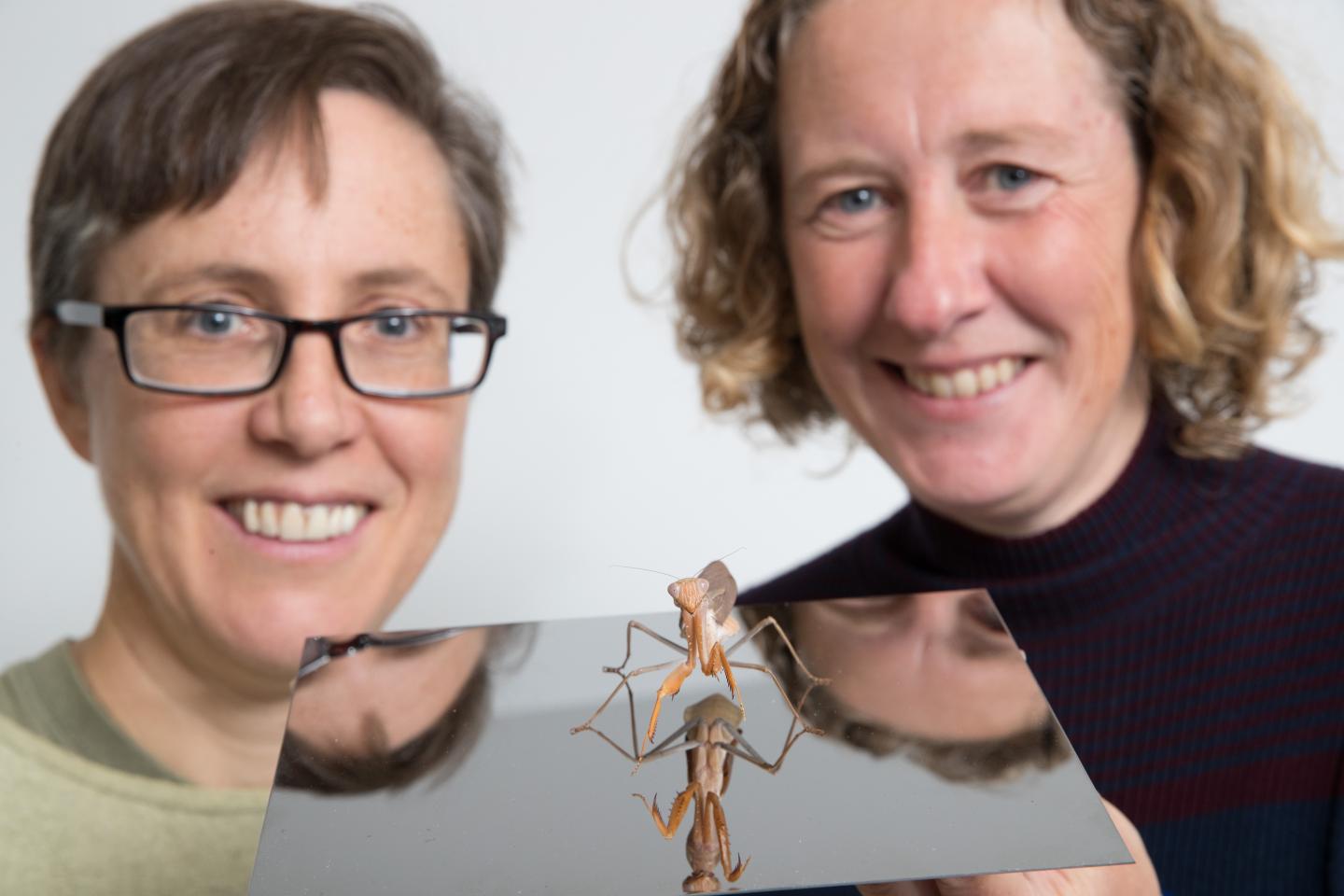 Scientists at Newcastle University have shown that patterns - particularly stripes which are easy to spot when an animal is still - can also help conceal speeding prey.

They tested out their theories on praying mantises in a specially constructed miniature cinema where they were played videos of rectangular shapes which imitated bugs moving across a background similar to the natural environment.

As they watched movies of the bugs moving at different speeds, the mantises would move their heads and follow the bugs across the screen, tracking them as if they were prey.

Some of the bugs had narrow or wide stripes, while others were patterned to match the background or had no pattern at all.

It's well known that some animals are patterned to match their background to reduce their chances of being detected by a predator. However, these patterns which hide them when they're stationary are much less effective once they start to move.

The scientists discovered that the mantises found it particularly hard to spot the patterned bugs with narrow stripes moving at faster speeds. This is because their stripes quickly become blurred to the predator and harder to see.

The work is published today in Current Biology.

Lead author, Professor Candy Rowe, professor of Animal Behaviour and Cognition at Newcastle University explained: "We wanted to answer a puzzle that scientists have been wondering about for a while - can a pattern lower the chances that moving prey is seen by a predator?

"If you're standing still, then looking like the background is one of the best ways to not be seen, whilst having high contrast stripes is just about the worst thing - you can really stand out. For moving prey, we find that the opposite is true: stripes are much better than matching your background. So the answer is yes, if you're stripy and move fast enough, then the blurring of the pattern can make it harder for the predator to spot you.

"While we did this experiment with praying mantises chasing rectangular bugs on a computer screen, the same principle should apply in the wild. So maybe stripes help to hide zebras running on the plains, or hoverflies flitting from flower to flower. Of course, these animals may use their stripes in other ways too when they're not moving - zebra stripes may help to ward off flies carrying deadly diseases and hoverflies probably benefit from looking like bees when they are sitting on flowers. But if they want to avoid being 'fast food' for a predator, being striped could really help."

So there may be something in the cartoon burglars who wear stripy tops so they can escape- just as long as they run fast enough!