Insights on a mechanism to stop COVID-19 replication 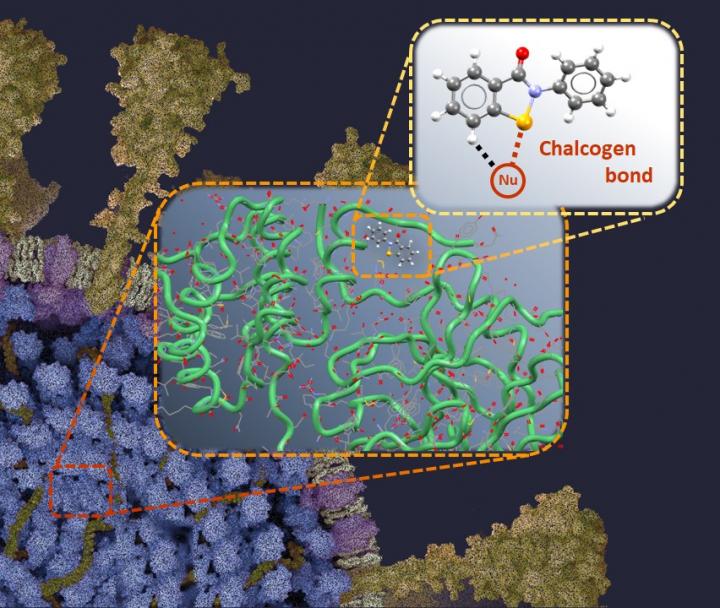 Stopping the replication of SARS-CoV-2 is likely possible thanks to a compound called EBSELEN: a group of researchers from the Politecnico di Milano has communicated aspects relevant to the blocking of replication mechanism in the New Journal of Chemistry.

Two important aspects of the propagation of a virus are its ability to enter the host's cells, that is, to infect the host, and then to replicate in infected cells.

As for SARS-CoV-2, the Mpro protein plays an important role in the replication and transcription of the virus. Mpro therefore represents a particularly promising target for blocking the virus itself because a compound that inhibits Mpro blocks the virus.

EBSELEN proved to be the most potent inhibitor of Mpro in a study examining approximately 10,000 selected compounds. In their study, the researchers at Politecnico elucidate key aspects of the Mpro blocking mechanism by EBSELEN.

"We have identified that the selenium atom of EBSELEN strongly interacts with some groups typically present in proteins via the chalcogen bond, a weak bonding that has been studied for years in our laboratories; this binding may contribute to the inhibition of the virus replication. This represents an important step forward in the fight against COVID-19. " Says Prof. Giuseppe Resnati of the Department of Chemistry, Materials and Chemical Engineering "Giulio Natta" of the Politecnico di Milano.

The article clarifies the details of the EBSELEN / enzyme binding mechanism. It is shown that selenium plays a fundamental role in establishing the interactions that favor the binding of EBSELEN to SARS-CoV-2 and to other pathogenic retroviruses in humans such as those of HIV and Hepatitis C.