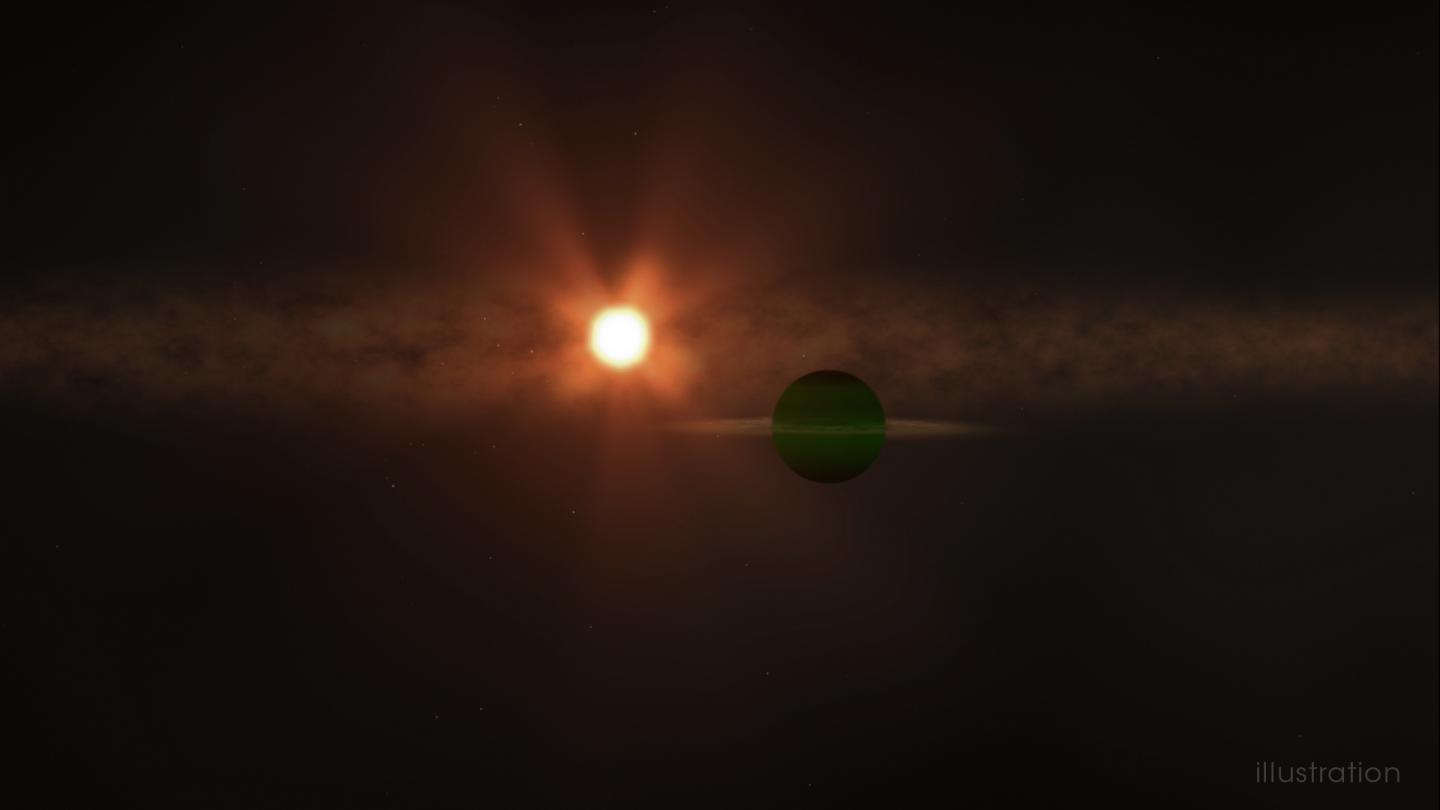 Astronomers study stars and planets much younger than the Sun to learn about past events that shaped the Solar System and Earth. Most of these stars are far enough away to make observations challenging, even with the largest telescopes. But now this is changing.

University of Hawai'i at Mānoa astronomers are part of an international team that recently discovered an infant planet around a nearby young star. The discovery was reported Wednesday in the international journal Nature.

The planet is about the size of Neptune, but, unlike Neptune, it is much closer to its star, taking only eight and a half days to complete one orbit. It is named "AU Mic b" after its host star, AU Microscopii, or "AU Mic" for short. The planet was discovered using the NASA TESS planet-finding satellite, as it periodically passed in front of AU Mic, blocking a small fraction of its light. The signal was confirmed by observations with another NASA satellite, the Spitzer Space Telescope, and with the NASA Infrared Telescope Facility (IRTF) on Maunakea. The observations on Hawai'i Island used a new instrument called iSHELL that can make very precise measurements of the motion of a star like AU Mic. These measurements revealed a slight wobble of the star, as it moves in response to the gravitational pull of the planet. It confirmed that AU Mic b was a planet and not a companion star, which would cause a much larger motion.

AU Mic and its planet are about 25 million years young, and in their infancy, astronomically speaking. AU Mic is also the second closest young star to Earth. It is so young that dust and debris left over from its formation still orbit around it. The debris collides and breaks into smaller dust particles, which orbit the star in a thin disk. This disk was detected in 2003 with the UH 88-inch telescope on Maunakea. The newly-discovered planet orbits within a cleared-out region inside the disk.

"This is an exciting discovery, especially as the planet is in one of the most well-known young star systems, and the second-closest to Earth. In addition to the debris disk, there is always the possibility of additional planets around this star. AU Mic could be the gift that keeps on giving," said Michael Bottom, an Assistant Astronomer at the UH Institute for Astronomy.

"Planets, like people, change as they mature. For planets this means that their orbits can move and the compositions of their atmospheres can change. Some planets form hot and cool down, and unlike people, they would become smaller over time. But we need observations to test these ideas and planets like AU Mic b are an exceptional opportunity," said Astronomer Eric Gaidos, a professor in the Department of Earth Sciences at UH Mānoa.

Clues to the origin of Earth-like planets

AU Mic is not only much younger than the Sun, it is considerably smaller, dimmer and redder. It is a "red dwarf," the most numerous type of star in the galaxy. The TESS satellite is also discovering Earth-sized and possibly habitable planets around older red dwarfs, and what astronomers learn from AU Mic and AU Mic b can be applied to understand the history of those planets.

"AU Mic b, and any kindred planets that are discovered in the future, will be intensely studied to understand how planets form and evolve. Fortuitously, this star and its planet are on our cosmic doorstep. We do not have to venture very far to see the show," Gaidos explained. He is a co-author on another five forthcoming scientific publications that have used other telescopes, including several on Maunakea, to learn more about AU Mic and its planet.

AU Mic appears low in the summer skies of Hawai'i but you'll need binoculars to see it. Despite its proximity, the fact that it is a dim red star means it is too faint to be seen with the unaided eye.