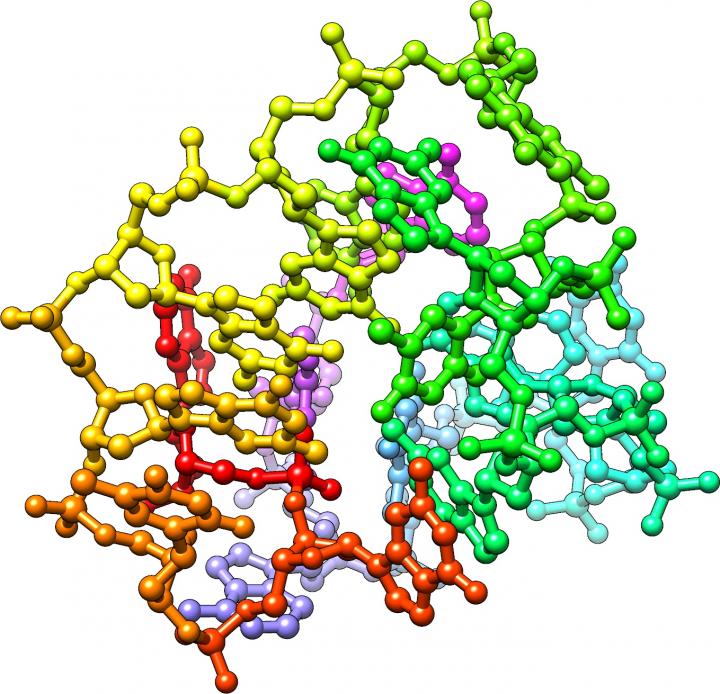 IMAGE: 3D structure of the oligo DNA (iSN04)myoDN identified in this study. This structure is critical for the function of iSN04 myoDN (binding to nucleolin, the target protein).

Skeletal muscle is the largest tissue in the human body and is responsible not only for locomotion but for energy metabolism and heat production. Age-related muscle atrophy reduces motor function and contributes to the need for nursing care. In addition, muscle atrophy associated with various chronic diseases is known to be a risk factor for life expectancy. Myoblasts, the progenitor cells of muscle, play an important role in maintaining muscle homeostasis. However, it has been reported that the differentiation ability of myoblasts decreases with age and disease, and this is thought to be one of the causes of muscle atrophy. In order to prevent or treat muscle atrophy, a research team led by Assistant Professor Tomohide Takaya of Shinshu University, Faculty of Agriculture studied molecules that promote myoblast differentiation.

The research group focused on oligo-DNA (short single-stranded DNA), which exhibits diverse activities in vivo. As a result of searching for sequences that promote myoblast differentiation among 50 types of oligo-DNA derived from the genome sequence of lactobacilli, they found that an 18-base oligo-DNA with telomere sequence has an extremely strong inducing effect on myoblast differentiation. This "myogenetic oligo-DNA" (myoDN) acts as an aptamer that binds to protein nucleolin in myoblasts by forming a characteristic three-dimensional structure. As a result, myoDN was found to promote myoblast differentiation by inhibiting nucleolin function and ultimately activating the p53 signaling pathway.

The number of people with muscle atrophy is increasing in our hyper-aged society. The deterioration of people's motor function, QOL, and life expectancy due to muscle atrophy is now a major social problem. One possible solution to this problem is the activation of muscle stem cells, and the research team searched for molecules that promote the differentiation of muscle stem cells or muscle formation.

Usually, in such research screenings, scientists look for molecules that act on a predetermined target. However, the group of researchers wanted to find a new molecule that had never been found before, so a target was not set, and instead the group searched for a molecule that would act on a predetermined target. Prof. Takaya constructed an experimental system to reliably determine only whether the final indicator, muscle formation was achieved or not. As a result, the group was fortunate enough to find a unique molecule, myoDN. Oligo-DNA derived from the genome sequence of lactic acid bacteria was identified to differentiate myoblasts. This myoDN is expected to be applied as a nucleic acid medicine as a useful molecule for the prevention and treatment of muscle diseases including muscle atrophy.

myoDN was designed by the co-author of the study, Dr. Takeshi Shimosato, also of the Faculty of Agriculture, Shinshu University. myoDN was originally designed as an immunomodulatory molecule, but unfortunately, it did not have that function and was stored as a rejected molecule in the Shimosato lab. Nobody understood how myoDN worked when it was first found. However, the relationship between the three-dimensional structure and molecular function of myoDN was completely consistent with predictions of computer simulations performed by Dr. Koji Umezawa of the Faculty of Agriculture, Shinshu University and the actual experimental results.

The fate of stem cells can be controlled by oligo-DNA derived from microbial genomes but not contain genetic information. The ultimate goal is to develop myoDN-based drugs for the treatment of muscle atrophy and muscle diseases in humans so that people will be able to continue to live a vigorous life even as they age. As the world's first oligo-DNA that promotes muscle differentiation, myoDN is expected to be developed for application as a preventive and therapeutic agent for muscle atrophy.