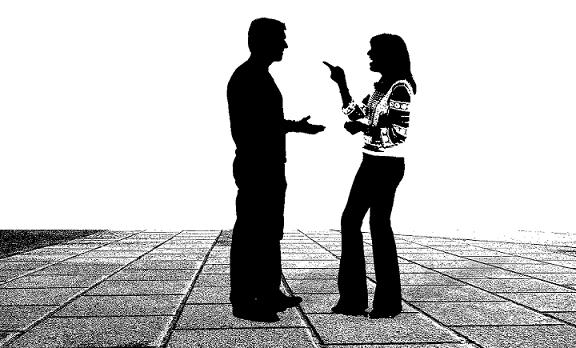 IMAGE: These research studies claim that it is more likely that language evolved gradually, instead of by means of sudden single mutation.

One of the most controversial hypotheses for the origin of human language faculty is the evolutionary conjecture that language arose instantaneously in humans through a single gene mutation. `

Two recent publications by researchers at the University of Barcelona (UB), led by Cedric Boeckx, ICREA Research professor from the Section of General Linguistics and member of the Institute of Complex Systems of the UB (UBICS), question this hypothesis, advocated among others by linguist Noam Chomsky, and suggest that it is more likely that language evolved gradually.

For decades, several scholars such as Chomsky have proposed that modern humans are genetically equipped with a unique cognitive capacity that specifically allows us to implement computations over hierarchically structured symbolic representations. This capacity is enabled by a formally simple cognitive operation known as Merge, which is the basis of our ability to represent complex grammars in a way that other species cannot. "Merge is claimed to be sufficient to yield grammatical structure. Put it simple, Merge takes two linguistic units (say, words) and combines them into a set that can then be combined further with other linguistic units, effectively creating unbounded linguistic expressions. These, in turn, are claimed to form the basis for our cognitive creativity and flexibility, setting us aside from other species," said Cedric Boeckx.

"The strongest version of this hypothesis --Cedric Boeckx continued -- suggests that the biological foundation of our modern language capacity is a single genetic mutation, a macromutation, that emerged instantaneously in a single hominin individual who is an ancestor of all modern humans, and spread through the population."

In the first paper, published in Scientific Reports -with participation of Cedric Boeckx and researchers from the Free University of Brussels (Belgium) and the Max Plank Institute of Psycholinguistics (Netherlands), they examine this hypothesis by modeling the evolutionary dynamics of such a scenario, taking into account different parameters such as how long ago this mutation would have happened and the population size at the time. "We examine the dynamics of a single, critical, mutation spreading rapidly through a population in a given time window, combining this theoretical proposal with contemporary genetic and demographic findings", said Cedric Boeckx.

In this case, researchers have applied a variety of techniques from theoretical biology to the question of how to quantify the probability of a complex trait like language evolving in a single step, in many small steps, or in a limited number of intermediate steps, within a specific time window and population size.

Researchers concluded that, instead of a single mutation with an extremely large fitness advantage, the most likely scenario is one where higher number of mutations, each with moderate fitness advantages, accumulate. "A scenario in which the genetic bases of our linguistic ability evolved through a gradual accumulation of smaller biological changes. This scenario can be articulated in many different ways, for instance as syntax evolving from phonological form, from rapid manual actions or from much simple pragmatic sequencing of words", said Boeckx.

Challenging the logic of the hypothesis

In the other study, published in PLoS Biology, UB graduate student Pedro Tiago Martins and Cedric Boeckx question this evolutionary hypothesis from a different angle: by going over its logic. Defendants of the single hypothesis claim that Merge, being such a simple operation had to be the result of a single genetic mutation that endowed one individual with the necessary biological equipment for language. In addition, because Merge is either fully present or fully absent --in other words, there cannot be such a thing as half-Merge--, the human language faculty had to emerge suddenly, as the result of this single mutation.

"From the formal properties of Merge, it is not possible to derive of number of evolutionary steps that led to the emergence of Merge. The computational simplicity of Merge does not correlate in any meaningful way to biological simplicity, and that once different levels of organization are taken into account there is no way to derive such simplistic evolutionary scenarios for any complex trait.",said Pedro Tiago Martins. The study highlights that even if a trait, such as the Merge operation, does not manifest itself in intermediate steps, its evolution may very well be gradual.

Researchers explained that the evolution of something as complex as human language deserves integration of results and insights from different corners of the research landscape, namely the fields of neurobiology, genetics, cognitive science, comparative biology, archaeology, psychology, and linguistics. "This is hard because it requires compatible levels of granularity between all fields involved, but it is the only way of achieving meaningful understanding," said Pedro Tiago Martins.

Together, these studies suggest that evolutionary reasoning does not warrant a scenario of sudden emergence of human language by means of a single mutation, and that it is more likely instead that language evolved gradually.