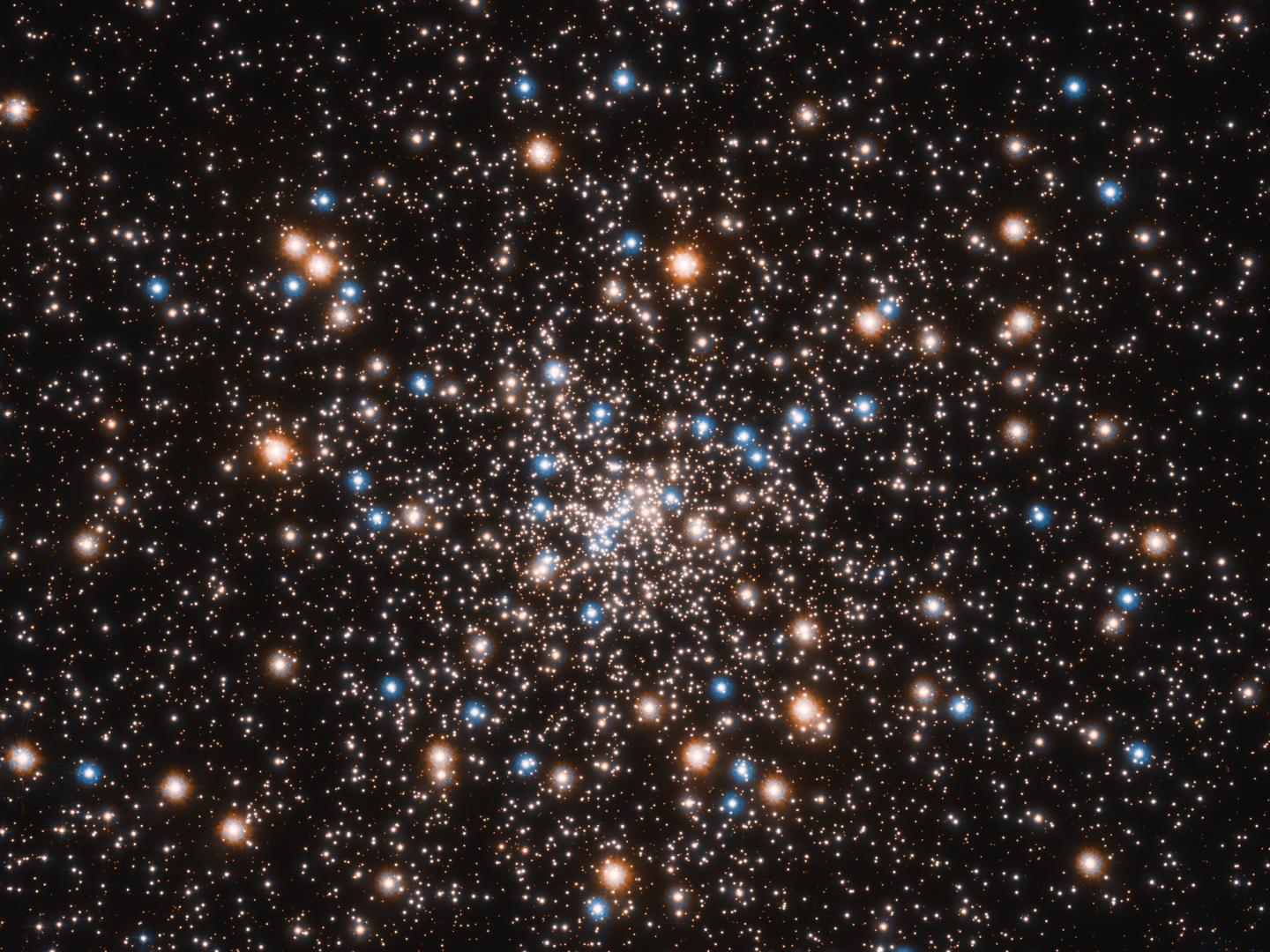 IMAGE: The amount of mass a black hole can pack away varies widely from less than twice the mass of our Sun to over a billion times our Sun's mass. Midway...

Astronomers found something they weren't expecting at the heart of the globular cluster NGC 6397: a concentration of smaller black holes lurking there instead of one massive black hole.

Globular clusters are extremely dense stellar systems, which host stars that are closely packed together. These systems are also typically very old -- the globular cluster at the focus of this study, NGC 6397, is almost as old as the universe itself. This cluster resides 7,800 light-years away, making it one of the closest globular clusters to Earth. Due to its very dense nucleus, it is known as a core-collapsed cluster.

At first, astronomers thought the globular cluster hosted an intermediate-mass black hole. These are the long-sought "missing link" between supermassive black holes (many millions of times our Sun's mass) that lie at the cores of galaxies, and stellar-mass black holes (a few times our Sun's mass) that form following the collapse of a single massive star. Their mere existence is hotly debated. Only a few candidates have been identified to date.

"We found very strong evidence for an invisible mass in the dense core of the globular cluster, but we were surprised to find that this extra mass is not 'point-like' (that would be expected for a solitary massive black hole) but extended to a few percent of the size of the cluster," said Eduardo Vitral of the Paris Institute of Astrophysics (IAP) in Paris, France.

To detect the elusive hidden mass, Vitral and Gary Mamon, also of IAP, used the velocities of stars in the cluster to determine the distribution of its total mass, that is the mass in the visible stars, as well as in faint stars and black holes. The more mass at some location, the faster the stars travel around it.

The researchers used previous estimates of the stars' tiny proper motions (their apparent motions on the sky), which allow for determining their true velocities within the cluster. These precise measurements for stars in the cluster's core could only be made with Hubble over several years of observation. The Hubble data were added to well-calibrated proper motion measurements provided by the European Space Agency's Gaia space observatory which are less precise than Hubble's observations in the core.

"Our analysis indicated that the orbits of the stars are close to random throughout the globular cluster, rather than systematically circular or very elongated," explained Mamon. These moderate-elongation orbital shapes constrain what the inner mass must be.

The researchers conclude that the invisible component can only be made of the remnants of massive stars (white dwarfs, neutron stars, and black holes) given its mass, extent, and location. These stellar corpses progressively sank to the cluster's center after gravitational interactions with nearby less massive stars. This game of stellar pinball is called "dynamical friction," where, through an exchange of momentum, heavier stars are segregated in the cluster's core and lower-mass stars migrate to the cluster's periphery.

"We used the theory of stellar evolution to conclude that most of the extra mass we found was in the form of black holes," said Mamon. Two other recent studies had also proposed that stellar remnants, in particular, stellar-mass black holes, could populate the inner regions of globular clusters. "Ours is the first study to provide both the mass and the extent of what appears to be a collection of mostly black holes in the center of a core-collapsed globular cluster," added Vitral.

The astronomers also note that this discovery raises the possibility that mergers of these tightly packed black holes in globular clusters may be an important source of gravitational waves, ripples through spacetime. Such phenomena could be detected by the Laser Interferometer Gravitational-Wave Observatory experiment, which is funded by the National Science Foundation and operated by Caltech in Pasadena, California and MIT in Cambridge, Massachusetts.