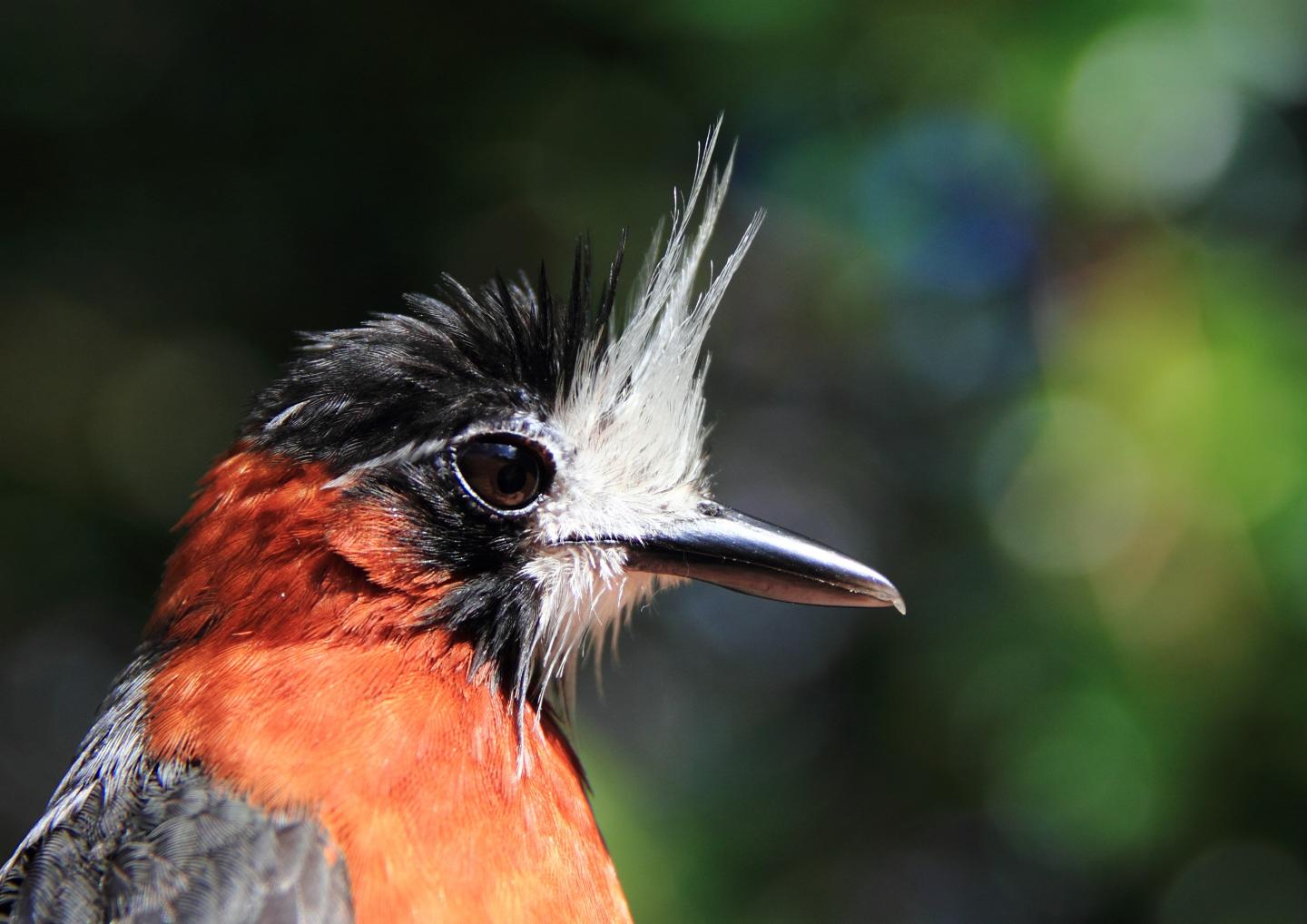 IMAGE: White-plumed Antbirds are among the many bird species that live within the area of the Biological Dynamics of Forest Fragments Project.

The Biological Dynamics of Forest Fragments Project (BDFFP), located near Manaus, Brazil, began in 1979 and is the world's longest-running experimental study of tropical forest fragments. A new paper in The Condor: Ornithological Applications summarizes four decades of data from the project about how Amazonian bird communities respond to habitat fragmentation, a question as relevant today as ever in light of the recent increase in deforestation in the Amazon.

Louisiana State University's Phil Stouffer, who authored the new paper, led bird research at the Biological Dynamics of Forest Fragments Project from 1991 to 2019. As he describes, studying the changes in bird communities over the forty years following habitat fragmentation led to some surprises. The original plan was to monitor "forest islands" permanently isolated by surrounding cattle pastures, but changes in the Brazilian economy led to the abandonment of the cattle pastures within a few years after their establishment. As trees began to regrow in the areas surrounding the fragments, forest bird species that had initially disappeared began to recolonize the fragments, highlighting the unexpected value of second-growth habitat for rainforest birds. Additional work yielded both good and bad news for fragment-dwelling birds -- for example, non-forest bird species typically didn't invade forest fragments, but even very narrow strips of deforested land could limit the movement of forest-dependent species.

"The long history of the project allowed us to follow changes in the avifauna rather than just trying to interpret what we saw in any particular slice of time," says Stouffer. "This project was important for stepping away from the idea that habitat fragments are analogous to actual islands -- the modern interpretation is a lot more nuanced, and the recovery of birds in second-growth forest provides encouraging evidence that many rainforest birds can use deforested areas that are allowed to regrow. Our challenge now is to determine under what conditions remnant patches and second growth can support rich Amazonian bird communities." Another issue that the BDFFP hopes to address in the near future is one that didn't even exist when the project began: what has climate change done to Amazonian birds since 1979, and what does the future hold?

Working in Manaus once meant being isolated from the global scientific community, but no more -- BDFFP scientists even hosted an international ornithological conference there in 2015. "On the 40th anniversary of the BDFFP, it seems appropriate to summarize what we've learned. It's also important to reflect on how technical advances that we now take for granted in modern fieldwork were incorporated into the project. For example, digital photography helped resolve criteria for determining the ages of Amazonian birds and GPS technology allows us to determine bird locations and movement with high precision, goals unimaginable when I started at the BDFFP," says Stouffer.