How do lakes affect energy, heat, and carbon exchange processes in mountainous areas? 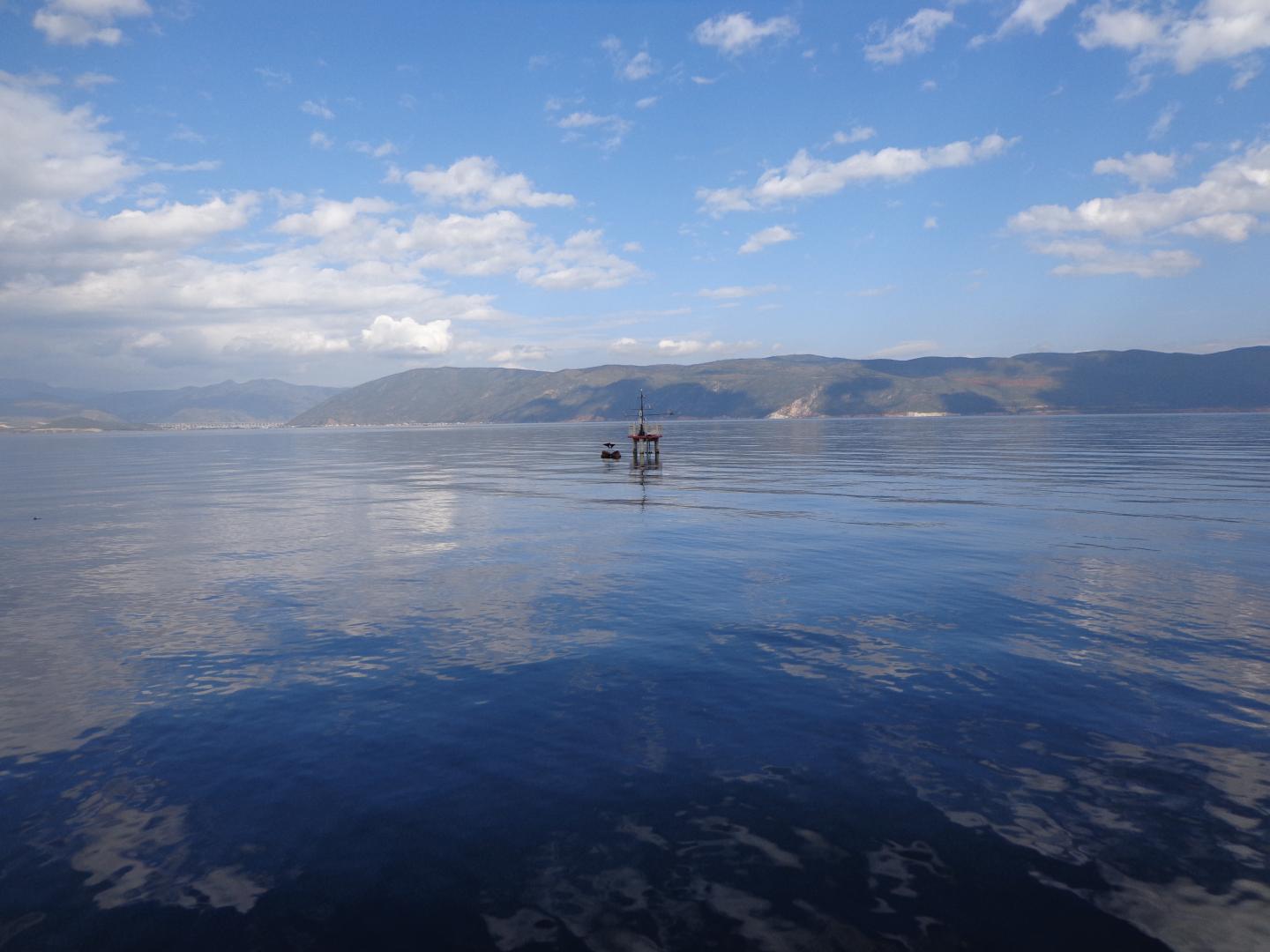 IMAGE: The eddy covariance observation site at the Erhai Lake in the Dali Basin.

Lakes act as an important part of the earth system. They have special functions in regulating regional climate and maintaining regional ecological balance. More than 39.2% of the lakes in China are distributed in the plateau. The topography around the plateau lake area is complex and diverse. It leads to a complex and unique local circulation characterized by the superposition of lake-land breeze circulation and mountain-valley breeze circulation, which has a significant impact on the local energy and material circulation, according to Prof. Huizhi Liu, researcher at the Institute of Atmospheric Physics, Chinese Academy of Sciences.

"Due to the difficulty and high cost of continuous observation in lakes, the understanding of lake- air interactions are still very limited. The mechanism of the impact of lakes on regional hydrothermal cycle and carbon exchange needs to be further analyzed." says Prof. Liu

Since 2011, Prof. Huizhi Liu and his team - a research group from the State Key Laboratory of Atmospheric Boundary Layer Physics and Atmospheric Chemistry, Institute of Atmospheric Physics, Chinese Academy of Sciences, had established an eddy covariance observation site at the Erhai Lake in the Dali Basin, southwest China.

Based on meteorological and turbulent fluxes data from the observation site, characteristics of local circulations and their impacts on water, heat and carbon exchange in the Erhai Lake are investigated by his team.

The findings were published in Advances in Atmospheric Sciences. "Future field experiments in the horizontal and vertical direction are needed to further investigate energy and carbon dioxide exchange at different temporal and spatial scales." Liu adds.