How to build a chloroplast 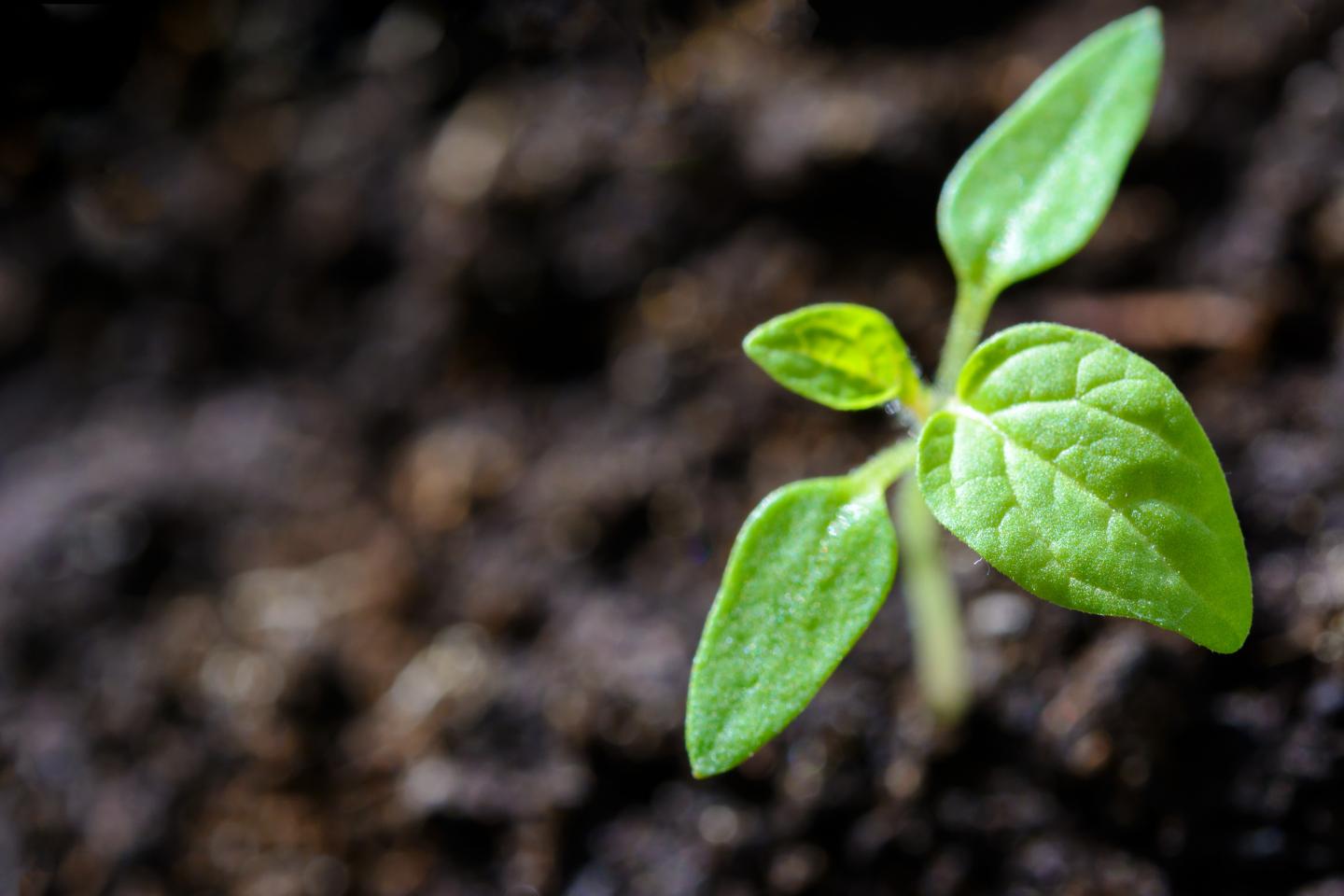 IMAGE: A team in Japan and the U.K. studying the metabolism of plants has identified molecules that are involved in communication from the chloroplast to the cell nucleus and regulate how...

Researchers in Japan and the U.K. have discovered new details of how young leaves build their first chloroplasts, the energy factories of plant cells. The researchers identified a new role for a protein that was first identified 25 years ago, but had defied characterization until now.

When a new plant germinates from a seed and begins growing its first leaves, it is in a race of survival to build its chloroplasts. Without chloroplasts to convert sunlight into energy, that life-giving sunlight instead burns the plant from the inside out by producing harmful chemicals called reactive oxygen species. Building the chloroplasts requires a relay of communication signals between the developing chloroplast and the plant cell's central DNA center, the nucleus.

The protein that the researchers characterized, GUN1, was known to have an important role in this communication between chloroplast and nucleus, but the details of its role remained unclear.

"GUN1 has been a mystery for such a long time," said Professor Tatsuru Masuda from the University of Tokyo, leader of the ongoing research and final author of the recent publication in the Proceedings of the National Academy of Sciences.

GUN1 was previously difficult to study because, although plant cells make more of it throughout their lives, the protein is quickly degraded under sunlight.

The research team revealed that GUN1 influences the production and release of another proposed communication molecule.

During the first days of leaf development and times without sunlight, GUN1 binds to an iron-containing molecule recently made famous by the alternative or plant-based "meat" industry: plant heme.

Plant heme is part of a class of chemical compounds called tetrapyrroles, large molecules built from four pentagon rings that tether metal atoms in their center, like iron (heme) or magnesium (chlorophyll). Tetrapyrroles are an ancient class of molecules essential for life in most organisms. Although researchers understand how tetrapyrroles are built, little is known about how they move around the cell and what they do on their journeys.

In a series of experiments using GUN1 isolated from young plant leaves, researchers observed that the protein binds directly to heme and other tetrapyrroles, thereby controlling the cell's production of heme.

"We propose that GUN1 binds to heme to block it from moving from the chloroplast to the nucleus, which may help ensure that chloroplasts develop efficiently," said Masuda

Since GUN1 is degraded in the presence of sunlight, it only releases heme to send a signal to the nucleus while there is light available for the chloroplasts to photosynthesize into energy.

"Understanding how chloroplasts are built naturally may one day allow us to potentially manipulate how plants perform photosynthesis in unfavorable conditions, like under very high- or very low-intensity light," said Masuda.

GUN1 is part of a group of six gene mutations that all affect how the chloroplast and nuclear genomes communicate. The other GUN proteins also interact with other types of tetrapyrrole molecules. Researchers hope that now having characterized all the GUN proteins will lead to a more detailed understanding of how tetrapyrroles contribute to communication from the chloroplast to the nucleus.

"Our next steps will be to pinpoint exactly where along the protein GUN1 binds to heme or other tetrapyrroles, and continue to track heme transport around the cell," said Masuda.