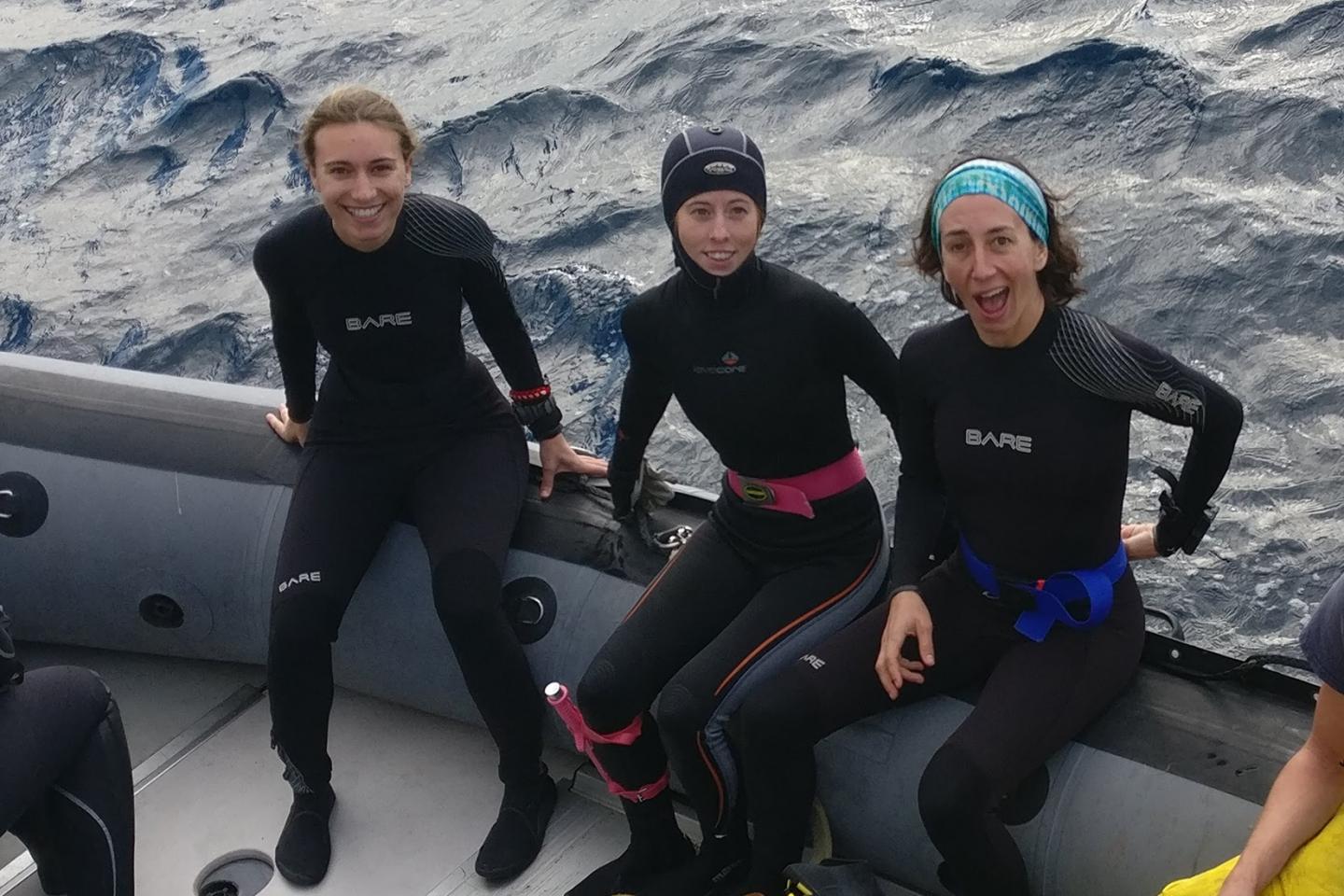 "We were pretty shocked," said marine biologist Adrienne Correa, co-author of the study in Frontiers in Marine Science. "One thing we always thought the Flower Garden Banks were safe from was terrestrial runoff and nutrient pollution. It's a jolt to realize that in these extreme events, it's not just the salt marsh or the seagrass that we need to worry about. Offshore ecosystems can be affected too."

The Flower Garden Banks sit atop several salt domes near the edge of the continental shelf about 100 miles from the Texas and Louisiana coast. Rising several hundred feet from the seafloor, the domes are topped with corals, algae, sponges and fish. Each bank, or dome-topped ecosystem, is separated by miles of open ocean. The Flower Garden Banks National Marine Sanctuary, which was recently expanded, protects 17 banks.

Correa and colleagues sampled sponges at the sanctuary in 2016, 2017 and 2018. They showed samples collected after extreme storm flooding in 2016 and 2017 contained E. coli and other human fecal bacteria. They also used a catalog of E. coli genetic markers contributed by Rice environmental engineer and co-author Lauren Stadler to show that E. coli on sponges in 2017 came from Harvey floodwaters.

Lead author Amanda Shore, who conducted the research while a Rice Academy Postdoctoral Fellow in Correa's lab, said many studies have shown nearshore reefs can be harmed by pollutants that are washed into the ocean by rainfall over land. But marine biologists generally assume ecosystems far from shore are safe from such dangers.

"This shows perhaps they aren't protected from severe events," said Shore, an assistant professor of biology at Farmingdale State College in New York. "And these events are increasing in frequency and intensity with climate change."

Correa said, "That's the other piece of this. There actually was a massive flooding event in 2015 with the Memorial Day flood. Dips in salinity after that event were detected at surface buoys offshore, but nobody looked or sampled out at the Flower Garden Banks. Nobody imagined you would see something like this 160 kilometers out."

In April 2016, widespread flooding occurred in the Houston area when a severe storm dropped more than 17 inches of rain in some places in less than 24 hours. Three months after the flood, recreational divers reported murky waters and dead and dying organisms at East Flower Garden Bank. Marine biologists, including study co-author Sarah Davies of Boston University, arrived two weeks later to investigate.

Shore and co-authors Carsten Grupstra, a Rice graduate student, and Jordan Sims, a Rice undergraduate, analyzed samples from the expedition, including tissue collected from sponges. Shore said sponges are indicators of water quality because they "are basically filtering seawater to catch organic material to use as food."

She said previous studies have shown sponges have a microbiome, a population of bacteria that normally live in and on these animals. In this study, Shore characterized the microbiomes on two species: giant barrel sponges, or Xestospongia muta, and orange elephant ear sponges, or Agelas clathrodes. It was the first time the species' microbiomes had been assayed at Flower Garden Banks, and Correa said that was one reason it took so long to understand what happened in the flood years.

Correa said, "In 2016, we saw differences between sponge bacteria at a location that showed signs of death and a location that didn't show signs of death, but we couldn't get at the cause of the differences because we had no baseline data. We thought we'd be able to get the baseline data -- the normal year -- the next year in 2017. But then there was another disaster. We couldn't get a normal sample in a no-flood year until 2018."

Shore joined Correa's lab in 2018, helped collect samples that year and analyzed the microbiomes from each year.

Correa said, "There was a big change in community composition, a shift of the team players, on the sponges that were most affected in 2016. Then, following Harvey in 2017 there was also a shift, but less water made it out there that year, and we think it was less stressful. We didn't see dead and dying organisms like we had the previous year."

Harvey, the most intense rainfall event in U.S. history, dropped an estimated 13 trillion gallons of rain over southeast Texas in late August 2017. The researchers said Harvey posed a greater potential threat to the Flower Garden Banks, by far, than the 2016 flood. So why did reefs fare better in 2017?

"Because we got lucky with ocean currents," Shore said. "Instead of going straight out from Galveston Bay and over the Flower Garden Banks, the water ended up turning a bit and going down the Texas coast instead."

Harvey's runoff still sideswiped the banks. Research buoys at the reefs measured a 10% drop in salinity in less than a day on Sept. 28, and Correa's team found genetic evidence that fecal pollution gathered from the banks in October originated in Harvey floodwaters in Houston.

Correa said the story in 2016 was more complicated.

"There was an upwelling event that brought nutrients and cooler waters up from the deep to the top part of the Flower Garden Banks," she said. "Fresh water is less dense than salt water, and we think the floodwaters came at the surface and sort of sat there like a lens on top of the salt water and kept oxygen from mixing in from the top. The combination of this surface event and the nutrients coming up from the bottom contributed to a bacterial bloom that drew down so much oxygen that things just asphyxiated."

The big question is whether pollution from extreme storms poses a long-term threat to the Flower Garden Banks. Correa said the answer could come from an investment in research that follows the health and microbiomes of individual sponges and corals on the reef over time. She said her group at Rice and her collaborators are committed to learning as much as they can about the reefs, and they are determined to support efforts to conserve and protect them.