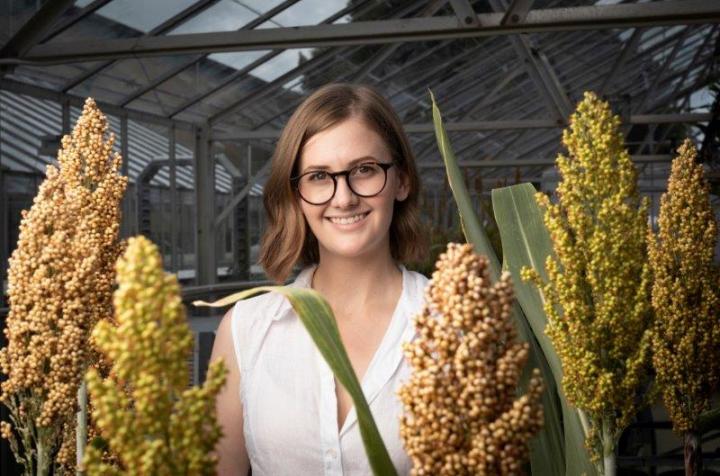 IMAGE: Dr Karen Massel from the University of Queensland has authored a review supporting the integration of genome and gene editing into plant breeding, to combat major challenges facing the agricultural...

Image:
The University of Queensland

Gene editing technology will play a vital role in climate-proofing future crops to protect global food supplies, according to scientists at The University of Queensland.

Biotechnologist Dr Karen Massel from UQ's Centre for Crop Science has published a review of gene editing technologies such as CRISPR-Cas9 to safeguard food security in farming systems under stress from extreme and variable climate conditions.

"Farmers have been manipulating the DNA of plants using conventional breeding technologies for millennia, and now with new gene-editing technologies, we can do this with unprecedented safety, precision and speed," Dr Massel said.

"This type of gene editing mimics the way cells repair in nature."

"It's a race between a changing climate and plant breeders' ability to produce crops with genetic resilience that grow well in adverse conditions and have enriched nutritional qualities.

"The problem is that it takes too long for breeders to detect and make that genetic diversity available to farmers, with a breeding cycle averaging about 15 years for cereal crops.

"Plus CRISPR allows us to do things we can't do through conventional breeding in terms of generating novel diversity and improving breeding for desirable traits."

"In sorghum, we edited the plant's genes to unlock the digestibility level of the available protein and to boost its nutritional value for humans and livestock," she said.

"We've also used gene-editing to modify the canopy architecture and root architecture of both sorghum and barley, to improve water use efficiency."

Dr Massel's research also compared the different genome sequences of cereals - including wild variants and ancestors of modern cereals - to differences in crop performance in different climates and under different kinds of stresses.

"Wild varieties of production crops serve as a reservoir of genetic diversity, which is especially valuable when it comes to climate resilience," she said.

"We are looking for genes or gene networks that will improve resilience in adverse growing climates.

"Once a viable gene variant is identified, the trick is to re-create it directly in high-performing cultivated crops without disrupting the delicate balance of genetics related to production traits.

"These kinds of changes can be so subtle that they are indistinguishable from the naturally occurring variants that inspired them."

Gene edited crops are not yet grown in Australia, but biosecurity and safety risk assessments of the technology are currently being undertaken.