Hidden army: How starfish could build up numbers to attack coral reefs 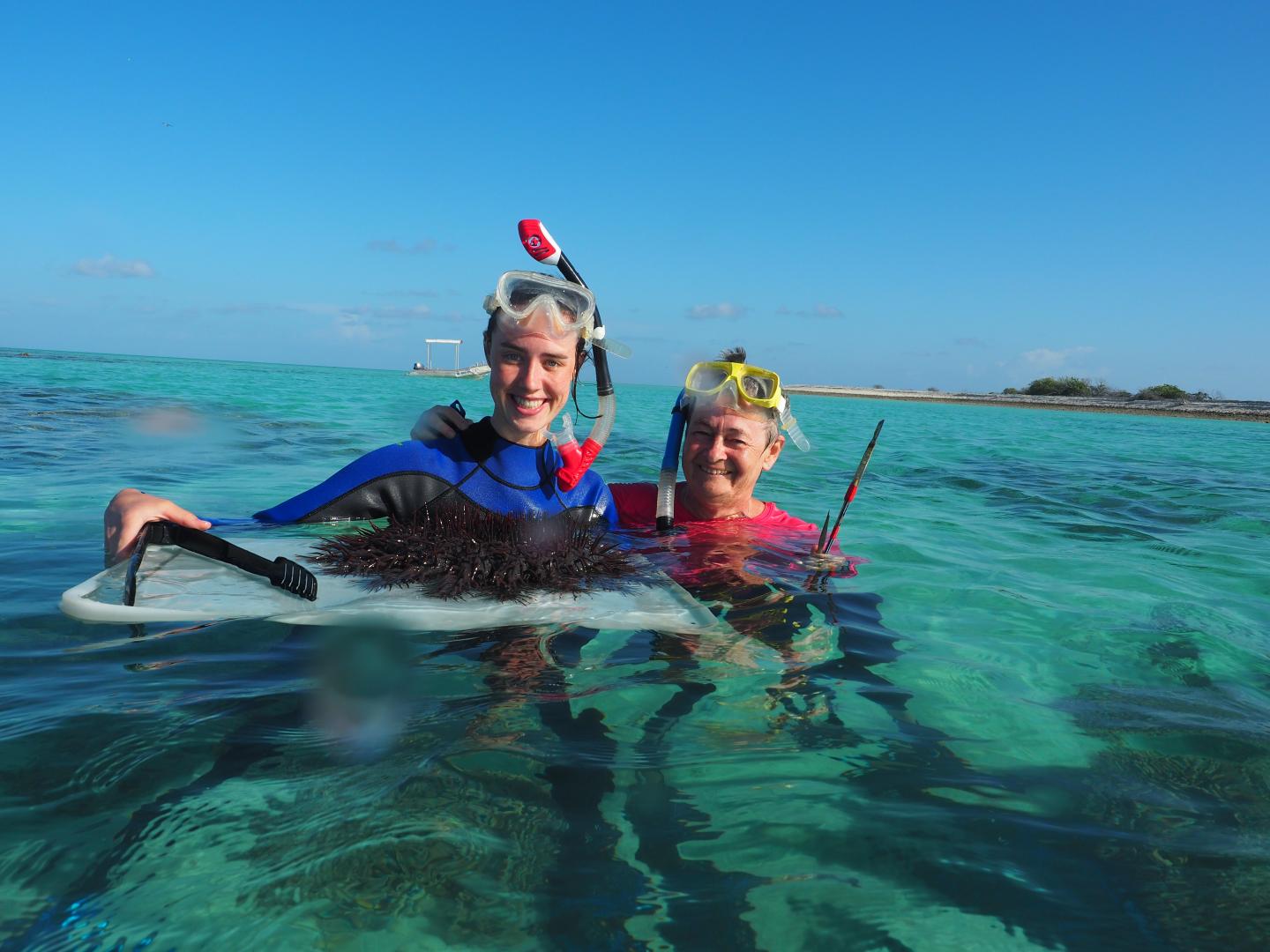 Image:
The University of Sydney

The coral-eating crown of thorns starfish that devastate tropical reefs can lie in wait as harmless young herbivores for more than six years while coral populations recover from previous attacks or coral bleaching, new research has shown.

The diet of the juvenile starfish is algae. Juveniles remain on this vegetarian diet for at least four months and then, if there is an abundance of coral, the starfish typically switch to a coral diet.

Research published today in Biology Letters led by Dione Deaker, a PhD student at the University of Sydney, and her adviser Professor Maria Byrne, has shown that juvenile starfish can delay their diet shift to coral for at least 6.5 years.

"This Peter Pan effect means that populations of juvenile crown of thorns starfish can build up on reefs in the absence of coral," Ms Deaker said. "They could become a hidden army waiting to consume reefs as the reefs recover."

As adults they grow to nearly a full metre in diameter and have a voracious appetite for coral, devastating critical reef habitats on the Great Barrier Reef and across the Indo-Pacific.

Professor Byrne from the Sydney Environment Institute said: "Despite the notoriety of the large adult starfish and their propensity for coral prey, the juveniles eat algae. For outbreaks to arise, these algal-eating juveniles must transition into coral predators."

How and when the juveniles switch to being coral predators remains something of a mystery to researchers but trying to understand the process is a crucial part in the fight to protect reef habitats from the starfish.

In this study Ms Deaker and Professor Byrne, along with colleagues at the National Marine Science Centre, Coffs Harbour, showed that in response to coral scarcity, crown of thorns starfish can remain as herbivores for at least 6.5 years.

The team reared two groups of starfish on algae for 10 months and 6.5 years. Both cohorts grew to the same maximum size - 16 to 18 millimetres. Despite restricted growth on a vegetarian diet, there was no impact on the ability of the 6.5-year-olds to eat corals. After provision of coral prey, the one-year-old and 6.5-year-old juveniles had the same growth pattern.

"Suppression of the switch to a coral diet due to scarcity of prey might occur after coral bleaching events," Ms Deaker said. "The remarkable resilience of juvenile starfish to coral scarcity complicates our ability to age them and indicates the potential for reserves of juveniles to accumulate on the reef to seed outbreaks when favourable conditions arise."

The research shows that starfish modelling needs to account for the possibility that an extended herbivorous phase of crown of thorns starfish has the potential to allow the formation of a reserve population in reef habitats.

Professor Byrne said: "Another important implication of our findings is the possibility that the current adult starfish killing programs used to manage crown of thorns starfish might, in fact, trigger a feedback mechanism in the starfishes' transition to coral predator as juveniles are released from adult competition."

The researchers say that armed with findings from this study, scientists need to study how the juvenile starfish respond in the wild to coral scarcity to see if it does trigger a population growth of this cohort.