A helping hand for cancer immunotherapy 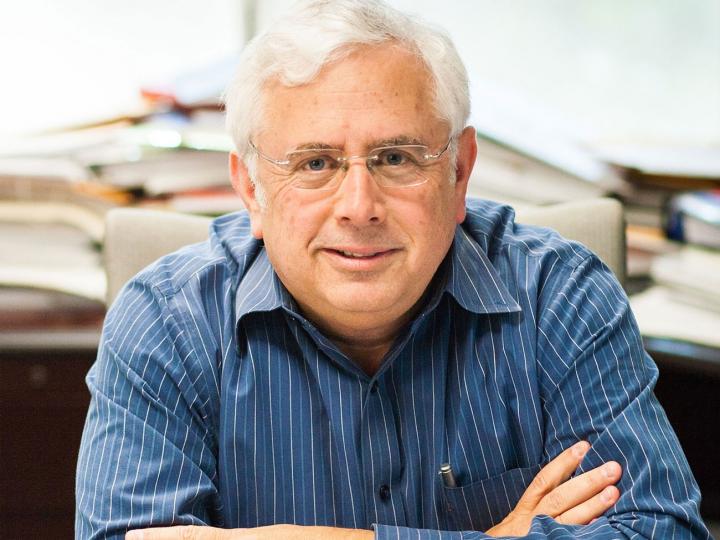 Scientists at Sanford Burnham Prebys Medical Discovery Institute have demonstrated the therapeutic potential of PRMT5 inhibitors to sensitize unresponsive melanoma to immune checkpoint therapy. PRMT5 inhibitors are currently in clinical trials in oncology, and this research provides a strong rationale for evaluating the drugs in tumors that are not responsive to immune checkpoint therapy. The study was published in Science Translational Medicine.

"Our study reveals that PRMT5 enables tumors to hide from the immune system by controlling two immune signaling pathways," says Ze'ev Ronai, Ph.D., professor in the Tumor Initiation and Maintenance Program at Sanford Burnham Prebys and senior author of the study. "We found that inhibiting PRMT5 enhances both antigen presentation and the activation of innate immunity, prerequisites for effective immune checkpoint therapy. We are optimistic that this research will lead to a near-term, much-needed breakthrough for people with tumors that do not respond to checkpoint inhibitor therapy."

Scientists have dubbed tumors that don't respond to immunotherapy "cold" tumors, and are working to find approaches that make the cancer responsive to treatment--or "hot." Approaches that achieve this goal represent major advances for the field.

In the study, the scientists used mouse models of melanoma to show that combining a PRMT5 inhibitor with anti-PD-1 therapy--one of the more prevalently used immune checkpoint therapies--successfully turned the unresponsive "cold" tumor "hot." Mice that normally didn't respond to PD-1 therapy survived longer and had smaller tumors after also receiving the PRMT5 inhibitor--which the scientists showed was due to the enhanced ability of the immune system to attack the tumor.

"The development of immune checkpoint inhibitors has been a major step forward in the treatment of advanced melanoma, with more than half of people alive for five years or longer. Yet, there is a substantial number who have melanoma that is resistant to this therapeutic approach, and addressing that unmet need in a mechanism-based way is a therapeutic imperative," says Jedd Wolchok, M.D., Ph.D., chief of the Immuno-Oncology Services at Memorial Sloan Kettering Cancer Center. "This study's findings indicate that we should immediately begin exploring a clinical trial testing the effectiveness of PRMT5 inhibitors combined with immune checkpoint inhibitors in people who do not respond, or have stopped responding, to currently available immunotherapy."

The researchers identified two cellular signaling pathways that were suppressed by PRMT5 and allowed the tumor to escape detection by the immune system. One pathway is responsible for antigen presentation, and the second pathway controls cytokine production and innate immunity. Together, these pathways determine the degree of the tumor's ability to escape from the immune system. Thus, their inhibition makes tumors that were not seen by the immune system--and therefore were unresponsive to immune checkpoint therapy--visible and sensitive to immune attack.

The study further demonstrated that PRMT5-controlled immune signaling pathways are associated with the survival of people with melanoma--indicating that patients may be stratified for PRMT5 inhibitors based on expression of these pathway components.