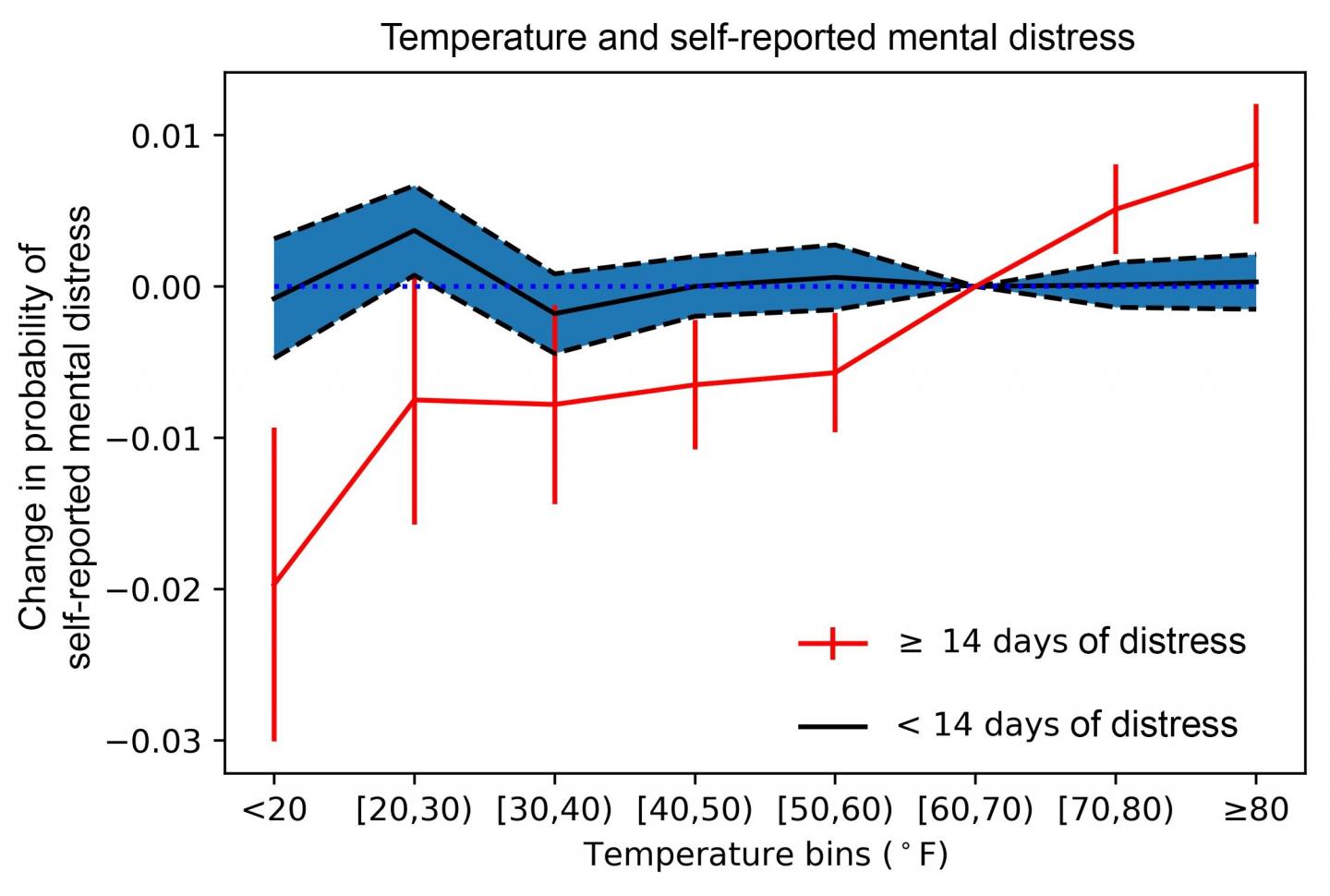 Hot days increase the probability that an average adult in the U.S. will report bad mental health, according to a study published March 25, 2020 in the open-access journal PLOS ONE by Mengyao Li of the University of Georgia, and colleagues. Moreover, people are willing to pay several dollars to avoid each additional hot day in terms of its impact on self-reported mental health.

As one of the most important factors affected by climate change, human health is now recognized as a global research priority. In particular, mental health has been gaining attention among world leaders in recent years. The promotion of mental health has, for the first time, been included in the United Nations Sustainable Development Agenda under goal number three ("Good Health and Well-being") to be reached by 2030. In a rapidly warming world, temperature increases pose a challenge to achieving that goal. In the new study, Li and colleagues set out to gauge the magnitude of that challenge by quantifying the effect of temperature on self-reported mental health.

The researchers examined the relationship between mental health data and historical daily weather information for more than three million Americans between 1993 and 2010. Compared to the temperature range of 60-70°F, cooler days in the past month reduce the probability of reporting days of bad mental health, whereas hotter days increase this probability. In addition, cooler days have an immediate beneficial effect, whereas hotter days tend to matter most after about 10 consecutive days. The willingness to pay to avoid an additional hot day in the past month ranges from $2.6 to $4.6 per day. According to the authors, future studies should examine how community-level factors mediate the effects of climate change on individual mental health to guide the design of appropriate policies.

The authors add: "We found a positive relationship between hotter temperatures and self-reported mental distress in the United States."