Seals and the fishing industry compete for fish of all types – no matter whether it is salmon, whitefish, herring or cod. Seal-safe fishing gear is the most sustainable solution, and we need knowledge about the behaviour of fish and seals in order to develop such gear. This is the conclusion reached by scientists at the University of Gothenburg, Sweden.

Coastal and small-scale fishing in Sweden has fallen in recent decades as a result of several factors; mainly an increase in the seal population, threats to fish species, and logistical problems. As the number of seals increases, the damage they cause to fish and to fishing gear becomes more serious. The use of seal-safe fishing gear has, therefore, major economic significance.

"Some alternative seal-safe fishing gear is commercially available, developed in collaboration between scientists and the fishing industry. But if we are to develop this further, we need to learn more about how seals behave and how they treat the equipment. We have filmed seal-safe traps and seen how certain seals become specialists in attacking them", says Sara Königson, of the Department of Marine Ecology at the University of Gothenburg. She has studied seals and the fishing industry at the Institute of Coastal Research of the Swedish Board of Fisheries.

Some seals have learned to hunt at the push-up trap that has been developed for the small-scale fishing of salmon and whitefish in the Baltic. The trap has a seal-safe chamber in which the caught fish are collected, supposedly safe from the seals. Despite this, damage caused by seals has not been fully eliminated. Some seals, quite simply, have managed to figure out the equipment, and overcome it. By filming seals who hunt close to the trap, the scientists could identify ten individuals who had become specialists in hunting in the trap. These seals returned to the site over a long period. 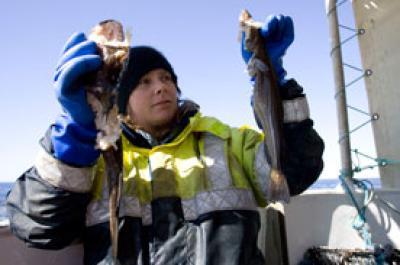 Sara Königson shows seal damage in cod fishing, which has increased dramatically in the past five years.

"Since we now know that it is only certain seals who are responsible for the damage, we have the chance of limiting the damage in a certain region, simply by removing these individuals."

Successful use of cod pots

Small-scale fishing with pots is another example of a sensitive fishing technique that can be protected from attack by seals. One of the intermediate goals of the project has been to study whether pot fishing can be an alternative to net fishing: whether it is possible to fish for cod on a commercial basis using cod pots. The pots that have been developed attract the fish using bait, just as hook-and-line fishing.

"Catches in the pots are just as large as those taken using nets, in a region that suffers from seal damage, and the mesh size of the pots means that they are selective. Furthermore, their impact on the environment is small. The fish are caught alive, and this means that the quality is good and the price is high. The yields of baited fishing gear, however, are influenced by many factors. Currents, temperature, bottom topography, etc., all probably play important roles, as do the availability of food and the maturity of the fish. We still don't know which factors affect the yield most strongly", says Sara Königson. 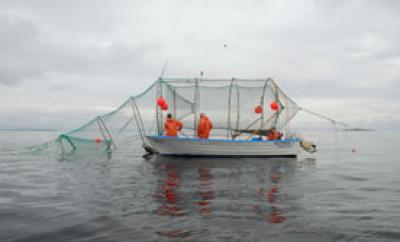 Some alternative seal-safe fishing gear is commercially available, developed in collaboration between scientists and the fishing industry.