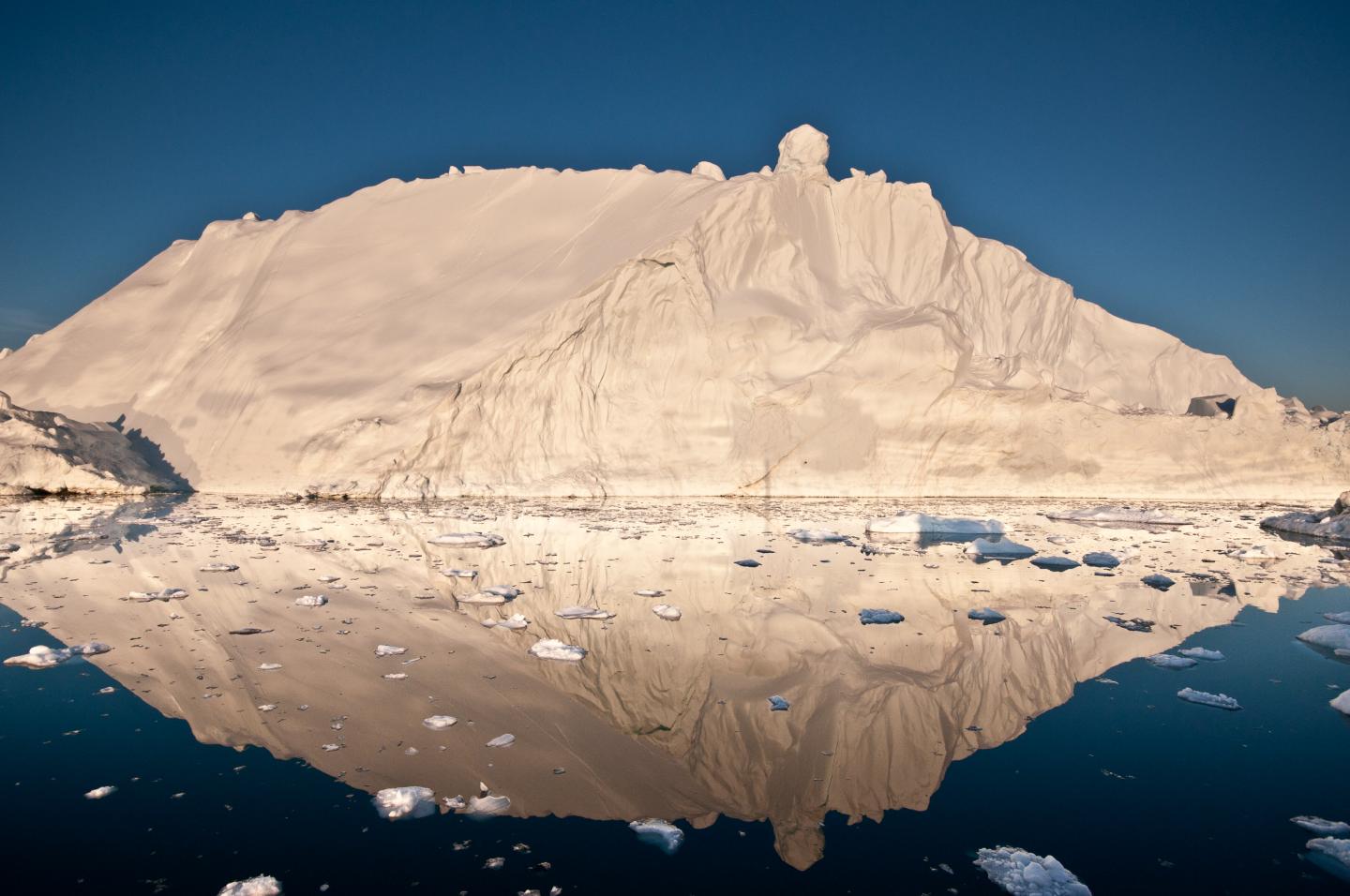 IMAGE: The midnight sun casts a golden glow on an iceberg and its reflection in Disko Bay, Greenland. Much of Greenland's annual mass loss occurs through calving of icebergs such as...

Greenland is losing ice seven times faster than in the 1990s and is tracking the Intergovernmental Panel on Climate Change's high-end climate warming scenario, which would see 40 million more people exposed to coastal flooding by 2100.

A team of 96 polar scientists from 50 international organisations have produced the most complete picture of Greenland ice loss to date. The Ice Sheet Mass Balance Inter-comparison Exercise (IMBIE) Team combined 26 separate surveys to compute changes in the mass of Greenland's ice sheet between 1992 and 2018. Altogether, data from 11 different satellite missions were used, including measurements of the ice sheet's changing volume, flow and gravity.

The assessment, led by Professor Andrew Shepherd at the University of Leeds and Dr Erik Ivins at NASA's Jet Propulsion Laboratory in California, was supported by the European Space Agency (ESA) and the US National Aeronautics and Space Administration (NASA).

In 2013, the Intergovernmental Panel on Climate Change (IPCC) predicted that global sea levels will rise by 60 centimetres by 2100, putting 360 million people at risk of annual coastal flooding. But this new study shows that Greenland's ice losses are rising faster than expected and are instead tracking the IPCC's high-end climate warming scenario, which predicts 7 centimetres more.

Professor Shepherd said: "As a rule of thumb, for every centimetre rise in global sea level another six million people are exposed to coastal flooding around the planet."

"On current trends, Greenland ice melting will cause 100 million people to be flooded each year by the end of the century, so 400 million in total due to all sea level rise."

"These are not unlikely events or small impacts; they are happening and will be devastating for coastal communities."

The team also used regional climate models to show that half of the ice losses were due to surface melting as air temperatures have risen. The other half has been due to increased glacier flow, triggered by rising ocean temperatures.

"Our project is a great example of the importance of international collaboration to tackle problems that are global in scale."

Guðfinna Aðalgeirsdóttir, Professor of Glaciology at the University of Iceland and lead author of the Intergovernmental Panel on Climate Change's sixth assessment report, who was not involved in the study, said:

"The IMBIE Team's reconciled estimate of Greenland ice loss is timely for the IPCC. Their satellite observations show that both melting and ice discharge from Greenland have increased since observations started."

"The ice caps in Iceland had similar reduction in ice loss in the last two years of their record, but this last summer was very warm here and resulted in higher loss. I would expect a similar increase in Greenland mass loss for 2019."

"It is very important to keep monitoring the big ice sheets to know how much they raise sea level every year."