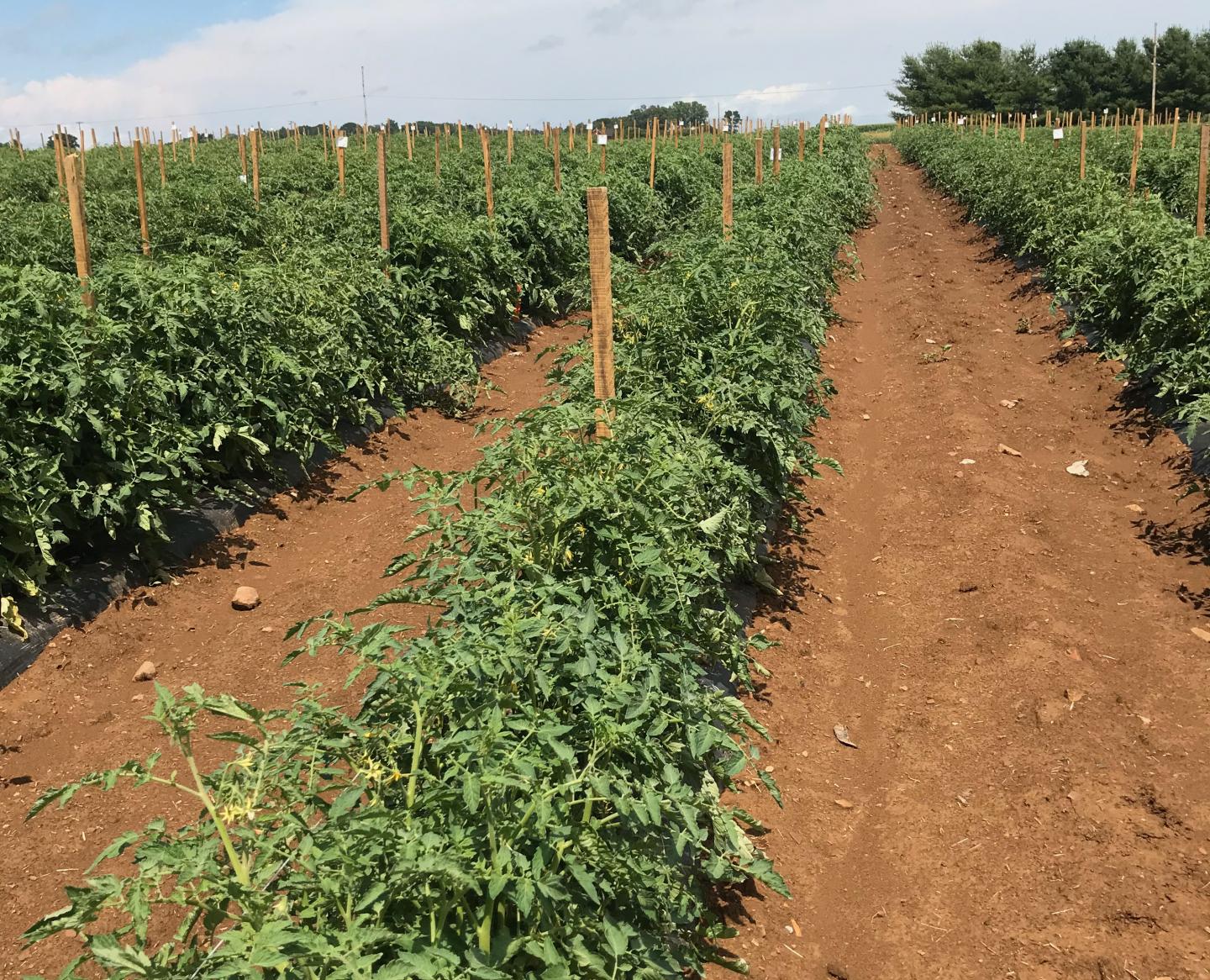 IMAGE: The grafted tomato plants involved in the research produced seed that resulted in progeny that were, on average, 35% more productive. And that growth vigor persisted in the progeny over...

UNIVERSITY PARK, Pa. -- Novel grafted plants -- consisting of rootstock epigenetically modified to "believe" it has been under stress -- joined to an unmodified scion, or above-ground shoot, give rise to progeny that are more vigorous, productive and resilient than the parental plants.

That is the surprising finding of a team of researchers that conducted large-scale field trials with tomato plants at three widely separated locations over multiple plant generations. They contend that the discovery, which came from a collaboration between Penn State, the University of Florida and a small start-up company in Nebraska, has major implications for plant breeding.

Because the technique involves epigenetics -- manipulating the expression of existing genes and not the introduction of new genetic material from another plant -- crops bred using this technology could sidestep controversy associated with genetically modified organisms and food. That is the hope of research team leader Sally Mackenzie, professor of plant science in the College of Agricultural Sciences and professor of biology in the Eberly College of Science at Penn State.

"Although we did this with tomato, it can be done with any plant," she said. "We think that this study represents a major breakthrough in showing the potential of epigenetic breeding for crops. And later, it will have major implications for trees and forests in the face of climate change."

Building on previous research conducted by Mackenzie's research group at Penn State, the rootstock came from tomato plants in which researchers manipulated the expression of a gene called MSH1 to induce the "stress memory." That memory is inherited by some progeny, giving them the potential for more vigorous, hardy and productive growth.

The MSH1 gene gave researchers access to the pathway controlling a broad array of plant resiliency networks, explained Mackenzie, who is the Lloyd and Dottie Huck Chair for Functional Genomics and director of the Plant Institute at Penn State. "When a plant experiences a stress such as drought or prolonged extreme heat, it has the ability to adjust quickly to its environment to become phenotypically 'plastic' -- or flexible," she said. "And, it turns out, it 'remembers.'"

The finding that those "remembered" traits passed from the roots through the graft to the top of the plant -- published today (Oct. 22) in Nature Communications -- is hugely important, Mackenzie pointed out. The grafted tomato plants involved in the research produced seed that resulted in progeny that were, on average, 35% more productive -- a stunning outcome, she noted. And that growth vigor persisted in the progeny over five generations in the research.

The plants are hardier, too, according to Mackenzie. During a component of the study at Penn State's Russell E. Larson Agricultural Research Center in 2018, storms dropped more than 7 inches of rain in August, flooding the tomato fields. The pooled water wiped out plants that were part of other research trials. However, the plants that were the offspring of the grafted plants with the epigenetically manipulated rootstock mostly survived -- and then they thrived.

The progeny of the grafted plants also showed superior survivability in the other field trials conducted in California and Florida.

The research is the first true demonstration of an agriculturally amenable epigenetic breeding method, Mackenzie said, adding that the technology is ready to deploy immediately.

"Everything we're doing, any plant breeder in agriculture can do, and now we've shown on a large scale that it has agricultural value. It's ready to go -- a breeder could read about this and implement the system to improve his or her variety," said Mackenzie.