Giant aquatic bacterium is a master of adaptation 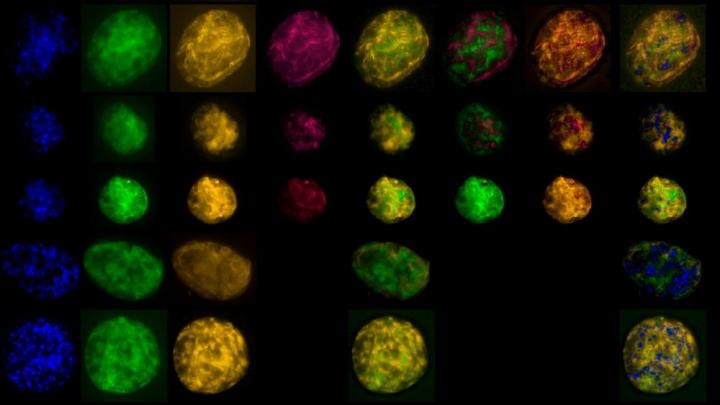 The largest freshwater bacterium, Achromatium oxaliferum, is highly flexible in its requirements, as researchers led by the IGB have now discovered: It lives in places that differ extremely in environmental conditions such as hot springs and ice water. The bacterial strains from the different ecosystems do not differ in their gene content, but rather chose what to express. The adaptation is probably achieved by a process which is unique to these bacteria: only relevant genes are enriched in the genomes and transcribed, while others are archived in cell compartments.

Achromatium is special in many respects: It is 30,000 times larger than its "normal" counterparts that live in water and owing to its calcite deposits it is visible to the naked eye. It has several hundred chromosomes, which are most likely not identical. This makes Achromatium the only known bacterium with several different genomes.

The researchers have analyzed sequence data bases of sediments and show that Achromatium is universal. It is found in a broad range of environments: in shallow waters as well as in the ocean at a depth of 4000 metres. It can be found in hot springs and ice-cold water; in acidic and alkaline environments as well as in hypersaline waters.

Typically, such a wide range of environmental conditions would result in the establishment of new species, well-adapted to their specific environment. However, Achromatium defies this expectation. Though, equipped with equal functionality, the bacteria in the various ecosystems differ in their gene expression patterns by transcribing only relevant genes.

"We suggest environmental adaptation in Achromatium occurs by increasing the copy number of relevant genes across the cell's hundreds of chromosomes. This is in stark contrast to other bacteria which eventually lose irrelevant genes. So the high number of genomes makes the versatility possible", explains Dr. Danny Ionescu, leader of the study from IGB.

No copy of the mother cell: each bacterium is unique

"The functional versatility of Achromatium and its genomic features contradict what we know for other bacteria, for example the concept of bacterial species and the driving forces of bacterial speciation. In Achromatium, mother and daughter cells are likely not identical and each cell is unique holding a multitude of genes, some of which are not essential for life in a particular habitat. Therefore, each cell keeps the potential to rapidly adapt to changing or new environmental conditions", concludes Professor Hans-Peter Grossart, co-author of the study and head of the aquatic microbial ecology group at IGB.