Getting fertilizer in the right place at the right rate 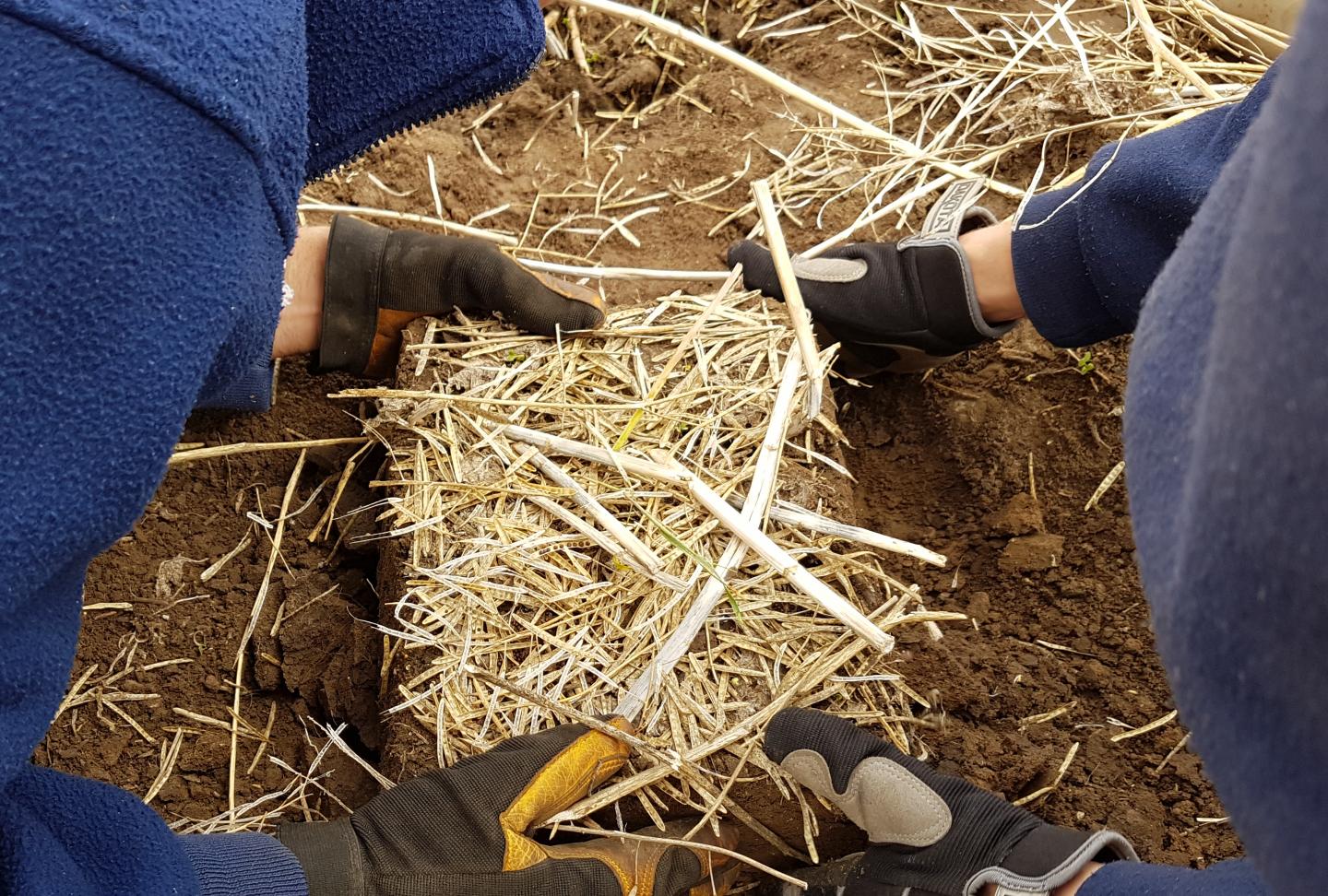 IMAGE: The soil slabs that were used in simulated snowmelt runoff studies were removed from the field plots by the researchers.

When farmers place fertilizer on a field, they'd like it to stay there. However, water that runs off a field can take some of the valuable fertilizer with it. In Canada this water can take two forms: rainfall runoff or snow melt. It's the latter type of water - snow melt - that causes the most runoff losses in the Canadian prairies.

Knowing how each form of runoff affects fertilizer will impact their "right place, right rate" calculation. Rainfall runoff and snow melt runoff may result in different fertilizer management recommendations. So, Jeff Schoenau from the University of Saskatchewan and his team focused on runoff from snowmelt.

"This work contributed to finding better practices for phosphorus fertilization," Schoenau explains. "These will help growers in the northern prairies make better use of their fertilizer. By applying the fertilizer in the right place at the right rate, growers can greatly lower the phosphorus loss from snowmelt runoff."

They applied different amounts, or rates, of these two forms -- on-top-of-soil and in-soil -- in their study. Their results showed that the in-soil placement resulted in less phosphorus loss from snowmelt runoff.

"In the case of phosphorus fertilization practices, in-soil placement is helpful because it can help roots better access and take up phosphorus," he says. "Also, having the phosphorus placed in the soil rather than on the surface reduces its interaction with runoff from snowmelt in early spring."

Phosphorus is an important nutrient that plants need, so it is often applied to fields as fertilizer. It can come in different forms, and end up in different forms depending on the chemistry of the soil. When phosphorus fertilizer is applied, it undergoes transformation in the soil through reaction with minerals and organic matter. Ideally, it will end up in a form that the plants can use. However, too much of a good thing can be bad because it can run off and cause harm to nearby rivers and lakes.

"In our research we were able to employ some novel techniques to help us find the nature and origin of some of these forms in soil and water," he says. "Our main message here is that benefits can be realized by getting the phosphorus fertilizer into the soil where the roots are rather than leaving it on the surface."

Schoenau explains that runoff from snow is different than runoff from summer rains. The force of rainfall can loosen pieces of the soil containing phosphorus. Snowmelt runoff moves the element differently, mostly in its dissolved form from the soil and pieces of plants on the surface.

"In order to encourage growers to follow the best practices, it's important to document and understand why and how a specific practice like the one we tested works," he says. "I am both a scientist and farmer on the prairies interested in furthering the environmental and economic sustainability of our modern cropping systems."