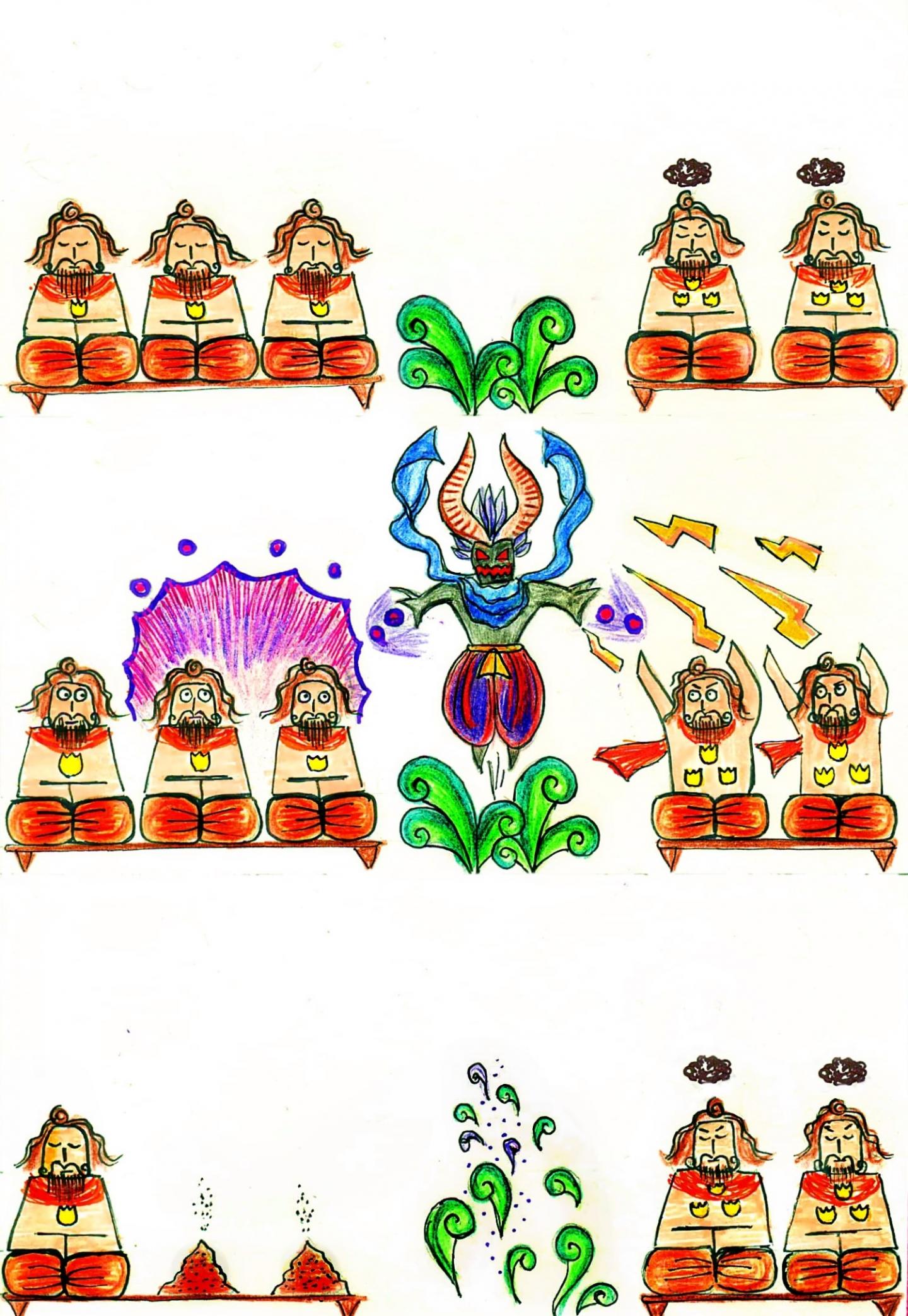 IMAGE: The easily angered sage Durvasa from Indian
mythology is adapted here to represent
mistranslating cells. The quiet sages on the left depict normal wild type cells, while the angry ones on the...

Nobody likes to make mistakes, because they usually cause trouble. But what if a mistake sometimes makes things better than before? If so, it may make sense not to aim for perfection. Just like we navigate from one language to another through translation, cells routinely translate from a primary language (encoded by sequences of DNA) into a second language (encoded by sequences of proteins). Bacteria do not always make a protein whose sequence is exactly as specified in the gene; invariably, there are a number of mistakes.

Scientists from the National Centre for Biological Sciences (NCBS), Bangalore, have found that such mistakes in protein synthesis ("mistranslation") can be beneficial under stress in E. coli. Proteins are key biomolecules, and any mistake in their sequence generally changes their structure and function, and harms cellular functioning. Given this, the high rate of errors in protein synthesis observed across living cells has been a puzzle. Older work had shown that specific sequence changes in certain proteins can generate 'super proteins' that are advantageous under certain stresses. However, cellular mistranslation is not directed at specific proteins; so why are mistakes in overall protein synthesis so common?

The new study finds a general advantage of mistranslation. More mistranslated proteins lead to an increase in the levels of a key quality control molecule (called Lon protease), which in turn brings cells closer to the threshold for activating a DNA repair response (the SOS response). This advance guard now sets mistranslating cells on high alert, conferring higher early survival without mutations, and consequently higher mutational resistance on encountering DNA damage. The authors speculate that such occasional but general benefits of errors in protein synthesis - leading to a quick stress response - could be one reason why a high rate of mistranslation persists in nature.