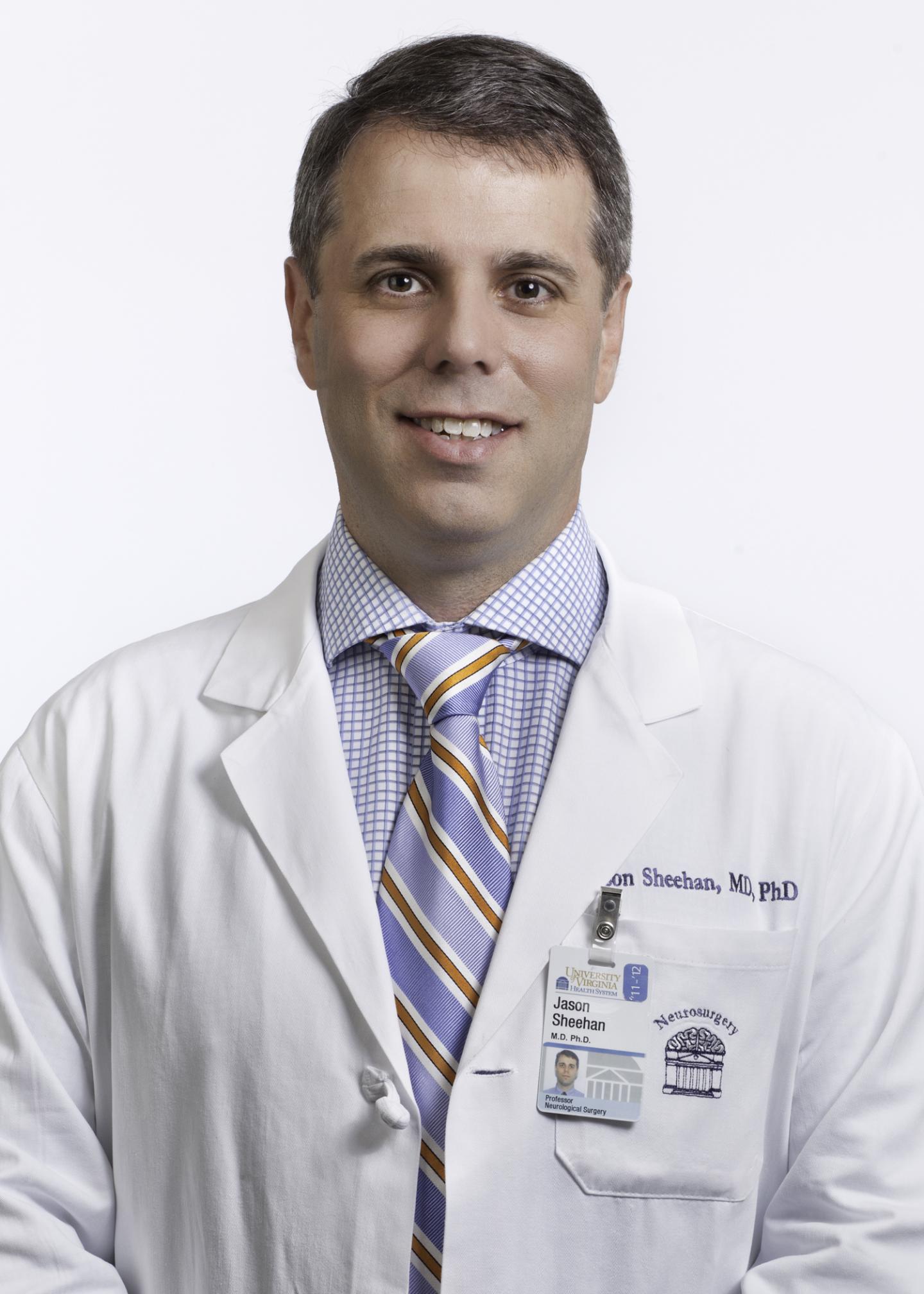 IMAGE: Neurosurgeon Jason Sheehan, MD, PhD, of UVA Health, is pioneering the use of focused ultrasound to treat glioblastoma, the deadliest brain tumor.

An innovative use of focused ultrasound being pioneered at the University of Virginia School of Medicine is showing promise against glioblastoma, the deadliest brain tumor, and could prove useful against other difficult-to-treat cancers.

The technique hits cancer cells with a drug that sensitizes them to sound waves, then blasts them with focused ultrasound. The sound waves create tiny bubbles inside the cancer cells, causing them to die.

The work is early, with researchers testing the concept on cell samples in lab dishes. But their results suggest the technique has "substantial potential for treatment of malignant brain tumors and other challenging oncology indications," such as lung cancer, breast cancer and melanoma, the researchers report in a new scientific paper. They predict the technique will be particularly useful in treating cancers in sensitive parts of the body that are difficult to access.

Glioblastomas are the most common malignant brain tumors in adults. They are inevitably fatal, typically within 12 to 18 months of diagnosis. The shortage of effective treatments for this aggressive cancer means new approaches are needed desperately.

To evaluate the potential of their new focused ultrasound technique, the UVA researchers looked at its effects on both rat and human cell samples. They examined the benefits of the "sonosensitizing" drug, 5-ALA, and focused ultrasound individually and in combination, and they found that the pairing was far more effective than either alone. The drug reduced the number of viable cancer cells by 5%, while focused ultrasound reduced it by 16%. Together, the reduction was 47%.

"Focused ultrasound has the potential to improve outcomes for patients with complex brain tumors and other neurosurgical pathologies," Sheehan said. "We may be at the tip of the iceberg in terms of intracranial indications for focused ultrasound."

Many applications of focused ultrasound rely on the technology's ability to create tiny points of heat inside the body to burn away harmful cells, or to damage cells enough to provoke an immune response. Sheehan's approach is notable in that it takes another tack, destroying cancer cells without generating heat.

The researchers say the new platform will advance focused ultrasound research in the future. Using it, scientists can quickly screen cell types and sonosensitizing drugs like the one used in UVA's study. It will also be a benefit in pre-clinical and clinical testing in people, they say.

While the sonosensitizing research is in its earliest phases, Sheehan is launching a separate glioblastoma clinical trial in people using a different focused ultrasound approach. That study will evaluate the technology's potential to open the brain's protective barrier briefly so that doctors can deliver treatments to the tumor that they normally can't.

Sheehan's research is part of a broad effort at UVA to explore the potential of focused ultrasound to treat various types of diseases. For example, UVA researchers are examining the technology's ability to treat breast cancer and epilepsy.

Sheehan and his colleagues have published their initial glioblastoma results in the Journal of Neuro-Oncology. The research team consisted of Kimball Sheehan, Darrah Sheehan, Mohanad Sulaiman, Frederic Padilla, David Moore, Sheehan and Zhiyuan Xu. Padilla and Moore are employed by the Focused Ultrasound Foundation.