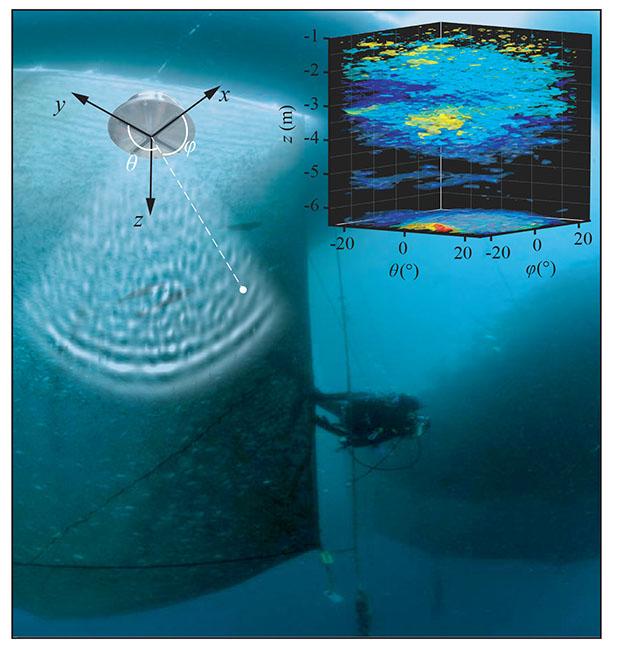 SAN DIEGO, December 6, 2019 -- Schools of fish can scatter sound waves, which has impacts on fish farming. Fisheries acoustics have been studied for over 40 years to assess biomass and optimize aquaculture applications.

The talk "Mesoscopic wave physics in a dense fish school" will be presented Dec. 6 at the 178th Meeting of the Acoustical Society of America as part of a session on general topics in physical acoustics. The convention will be held at the Hotel del Coronado in San Diego.

Benoit Tallon, Philippe Roux, Guillaume Matte and Sergey Skipetrov first examined the phenomenon of how fish scatter acoustic waves in a dense school of fish contained in an open-sea cage. They developed a new approach to help overcome issues encountered in aquaculture relating to the evaluation of the total biomass of dense schools of fish.

"We perform experiments in aquaculture farms, because it permits the characteristics of a school to be well known in advance. However, we can reasonably imagine the use of mesoscopic physics to estimate the biomass of wild fish schools in their natural environment," Tallon said.

The ability of fish in a school to scatter sound is a result of physical characteristics, such as the softness of fish flesh, and the effect of noise on their swim bladder -- a special organ that allows fish to control their buoyancy. The size of the school of fish and its concentration also affects the way sound is scattered.

"In the community, many people are interested in multiple scattering of waves at different scales," said Tallon. "For example, mesoscopic effects were observed from seismic wave transport in earth's crust to light wave propagation through microscopic powders. However, such phenomena have never been reported with living matter."

Tallon's presentation 5aPA4, "Mesoscopic wave physics in a dense fish school," will be at 8:45 a.m. PT, Friday, Dec. 6, in the Wilder room of the Hotel del Coronado in San Diego.