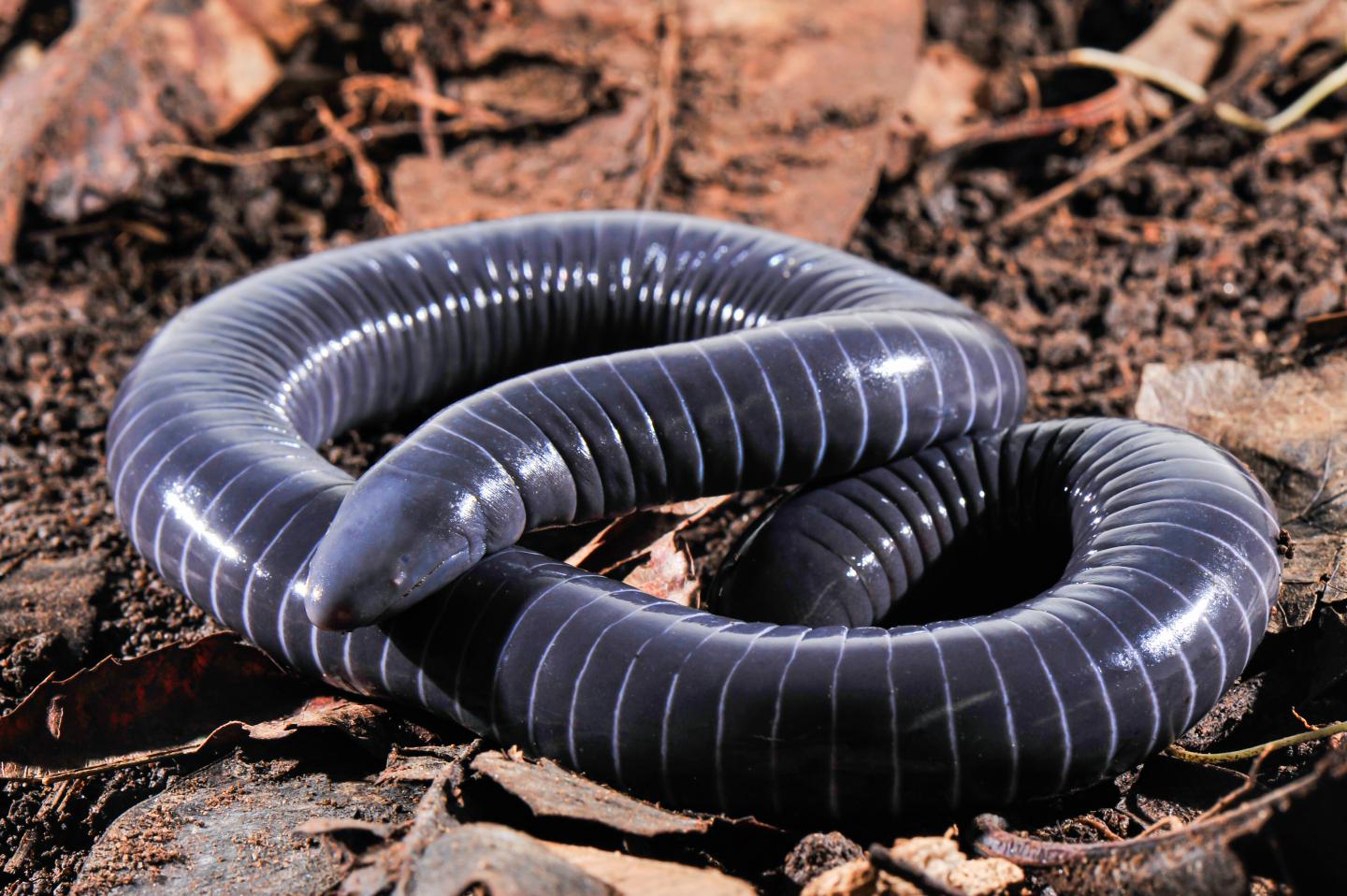 IMAGE: This image shows a general view of the ringed caecilian, Siphonops annulatus.

Caecilians are limbless amphibians that, to the untrained eye, can be easily mistaken for snakes. Though caecilians are only distantly related to their reptilian cousins, researchers in a study appearing July 3 in the journal iScience describe specialized glands found along the teeth of the ringed caecilian (Siphonops annulatus), which have the same biological origin and possibly similar function to the venom glands of snakes. If further research can confirm that the glands contain venom, caecilians may represent the oldest land-dwelling vertebrate animal with oral venom glands.

Caecilians are peculiar creatures, being nearly blind and using a combination of facial tentacles and slime to navigate their underground tunnels. "These animals produce two types of secretions--one is found mostly in the tail that is poisonous, while the head produces a mucus to help with crawling through the earth," says senior author Carlos Jared, a biologist and Director of the Structural Biology Lab at the Butantan Institute in São Paulo. "Because caecilians are one of the least-studied vertebrates, their biology is a black box full of surprises."

"It is while examining the mucous glands of the ringed caecilian that I stumbled upon a never before described set of glands closer to the teeth," says first author Pedro Luiz Mailho-Fontana, a post-doctoral student in the Structural Biology Lab at the Butantan Institute.

What Mailho-Fontana found were a series of small fluid-filled glands in the upper and lower jaw, with long ducts that opened at the base of each tooth. Using embryonic analysis, he found that these oral glands originated from a different tissue than the slime and poison glands found in the caecilian's skin. "The poisonous skin glands of the ringed caecilian form from the epidermis, but these oral glands develop from the dental tissue, and this is the same developmental origin we find in the venom glands of reptiles," says Mailho-Fontana. This marks the first time glands of this kind have been found in an amphibian.

Researchers suspect that the ringed caecilian may use the secretions from these snake-like oral glands to incapacitate its prey. "Since caecilians have no arms or legs, the mouth is the only tool they have to hunt," says co-author Marta Maria Antoniazzi, an evolutionary biologist at the Butantan Institute. "We believe they activate their oral glands the moment they bite down, and specialized biomolecules are incorporated into their secretions.

A preliminary chemical analysis of the oral gland secretions of the ringed caecilian found high activity of phospholipase A2, a common protein found in the toxins of venomous animals. "The phospholipase A2 protein is uncommon in non-venomous species, but we do find it in the venom of bees, wasps, and many kinds of reptiles," says Mailho-Fontana. In fact, the biological activity of phospholipase A2 found in the ringed caecilian was higher than what is found in some rattlesnakes. Still, more biochemical analysis is needed to confirm whether the glandular secretions are toxic.

If future work can verify the secretions are toxic, caecilian oral glands could indicate an early evolutionary design of oral venom organs. "Unlike snakes which have few glands with a large bank of venom, the ringed caecilian has many small glands with minor amounts of fluid. Perhaps caecilians represent a more primitive form of venom gland evolution. Snakes appeared in the Cretaceous probably 100 million years ago, but caecilians are far older, being roughly 250 million years old," Jared says.

Very few groups of land-dwelling vertebrates have serpent-like bodies, and this research suggests there might be a connection between a limbless body plan and the evolution of a venomous bite. "For snakes and caecilians, the head is the sole unit to explore the environment, to fight, to eat, and to kill," says Antoniazzi. "One theory is that perhaps these necessities encourage the evolution of venom in limbless animals."