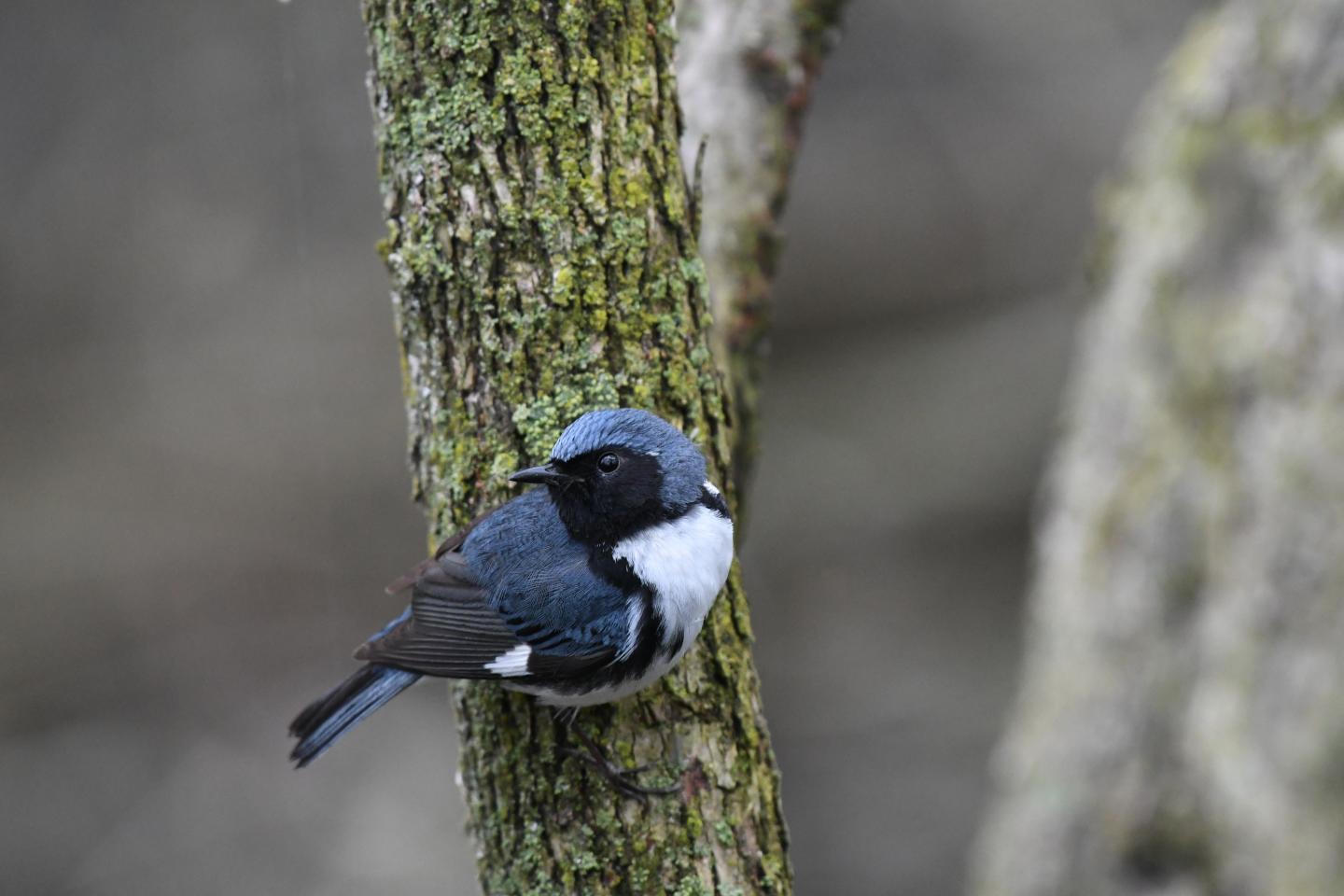 IMAGE: Black-throated Blue Warblers have shifted the timing of their spring and fall migrations over the past fifty years.

A growing body of research shows that birds' spring migration has been getting earlier and earlier in recent decades. New research from The Auk: Ornithological Advances on Black-throated Blue Warblers, a common songbird that migrates from Canada and the eastern U.S. to Central America and back every year, uses fifty years of bird-banding data to add another piece to the puzzle, showing that little-studied fall migration patterns have been shifting over time as well.

Loyola Marymount University's Kristen Covino and her colleagues used data housed at the USGS Bird Banding Laboratory on migrating Black-throated Blue Warblers between 1965 and 2015. Across the United States, researchers working with this program safely capture migrating birds, collect data on them, and fit them with metal leg bands with unique codes that allow them to be identified if they're captured again. Analyzing almost 150,000 individual records, Covino and her colleagues found that the timing of the birds' spring migration has advanced over the last fifty years, with early migrants passing through banding sites approximately one day earlier each decade. Crucially, their data also covered fall migration, which has been less well-studied, and found that while the timing of the peak of fall migration hasn't changed, fall migration takes longer today than it did fifty years ago.

The North American Bird Banding Program is one of the most expansive historical datasets on migratory birds, including records for over 38 million songbirds banded since 1960. "My coauthor Sara Morris and I were already working together on another paper on Blackpoll Warblers using data we'd requested from banding stations across North America. We wanted to take a similar large-scale approach for this study, but we wanted to demonstrate that we could do this approach with data that is completely available from the Bird Banding Lab," says Covino. "We selected Black-throated Blue Warblers because it's relatively straightforward to determine their age and sex, which means that the data this species generates are both accurate and powerful."

Although the researchers emphasize that their findings can't be explicitly linked to climate change without incorporating climate or environmental data, they believe similar methods could be useful for tracking the effects of climate change on birds. "The protraction of fall migration means that the season is getting longer overall, but it could also mean that the breeding season may be shifting, ending earlier for some individuals but later for others. To determine what this means in the context of breeding season shifts in timing, additional studies that incorporate both arrival on the breeding grounds and, importantly, departure from them are needed," says Covino. "More studies of these patterns of fall migration timing and, even more so, both spring and fall migration timing across years are needed to gain the complete picture of how species are changing migration timing."