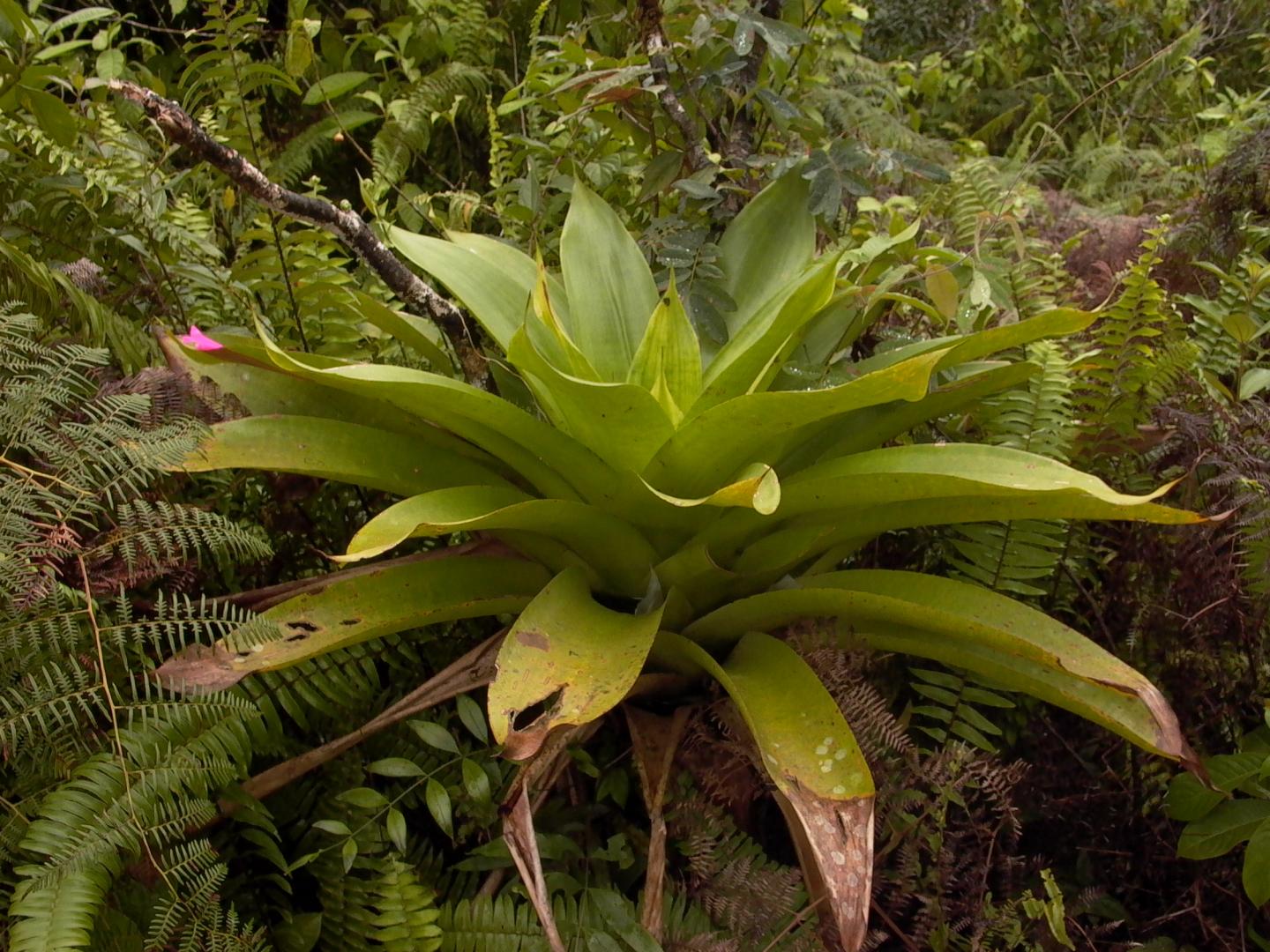 IMAGE: Scientists used the insect larvae that live in the water trapped by bromeliad plants as a model ecosystem, discovering that food webs become top-heavy with predators when there are large...

An expansive, multi-site ecology study led by UBC has uncovered new insights into the effects of climate change on the delicate food webs of the neotropics.

In research recently outlined in Nature, scientists across seven different sites throughout Central and South America replicated the extreme rainfall events predicted by climate change science. Using the insect larvae that live in the water trapped by bromeliad plants as a model ecosystem, they found that food webs became top-heavy with predators when there were large day-to-day variations in rainfall.

"This has knock-on effects for all parts of the rainforest system, because the larval insects in the bromeliads are destined to become winged adults that then are part of the forest ecosystem around them," said co-author Diane Srivastava, professor of zoology in UBC's faculty of science, who established the Bromeliad Working Group, an international consortium of researchers who conducted the research.

To attain their results, scientists in sites spread across Argentina, Brazil, Columbia, Costa Rica, French Guiana and Puerto Rico performed identical experiments on bromeliads--large flowering tropical plants that trap water and provide a habitat for many aquatic insects and larvae. The bromeliads were covered with rain shelters, and researchers watered them on strict schedules to replicate 30 different rainfall patterns in each site.

"This is the first study, to my knowledge, where we have a replicated study of how precipitation patterns affect an entire food web in multiple sites," said Srivastava. "Every day we'd run around with a watering can with a list of how much water each bromeliad should get on each day. We had a customized rainfall schedule for each bromeliad in every field site."

While the researchers found that extreme rainfall patterns resulted in top-heavy food webs, the opposite was true when rainfall was delivered on an even schedule, with similar amounts of water delivered to the plants every day. Under those conditions, there were fewer predators and more prey among the larval insects.

"We were actually expecting to see the opposite pattern," said Srivastava. "We often think of predators being the most sensitive to environmental change, but we got the opposite result. One reason may be that, when the water level in the bromeliad went down during drier days, there was less aquatic habitat, so the prey was condensed into a small amount of water together with their predators. This can really benefit predators and disadvantage prey."

These findings can be extrapolated to other rainfall-dependent aquatic ecosystems, said Srivastava. "In any small pond or lake which is primarily determined by rainfall, we can expect to see a similar effect. We should be concerned about these findings, because we've shown that these extreme perturbations in rainfall really do affect the flow of energy through the food web."