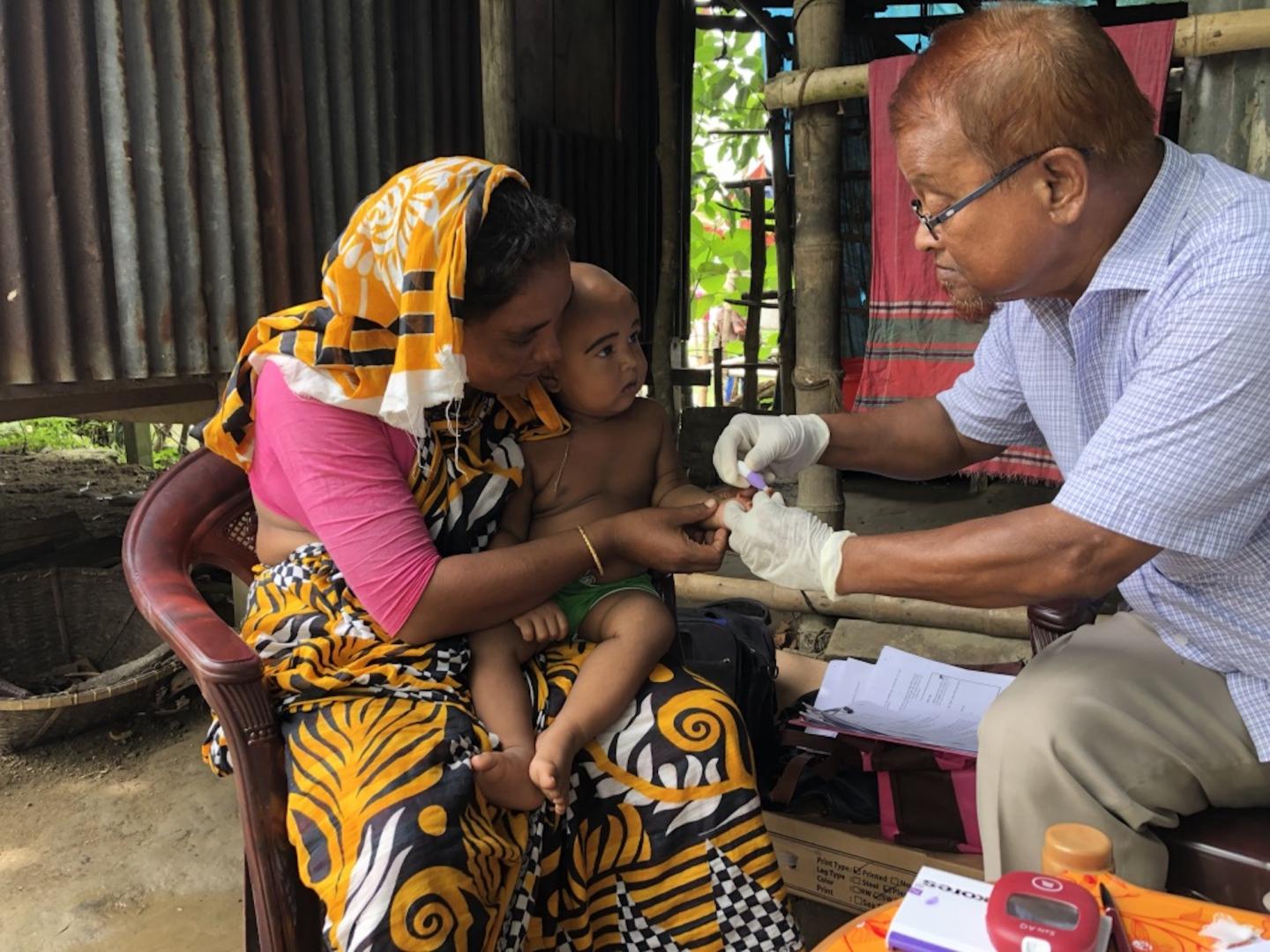 image: Md. Sadiquzzaman, a long-time employee of ICDDR,B and field assistant with the Shodagor Longitudinal Health and Demography Project, collecting whole capillary blood via finger prick from a Shodagor woman and her son. Blood from finger pricks was used to conduct point-of-care tests that would determine risk of diabetes and anemia. Collection of biomedical data, as part of the larger project, was motivated by requests from members of the Shodagor community to gain more knowledge about their health status and, especially, the health status of their children.

A group of social scientists who conduct cross-cultural research are casting a critical lens on their own practices.

While this is by no means the first time that such self-reflection has been undertaken, the analysis, published in the Sept. 23 issue of Proceedings of the Royal Society B, is particularly timely given the growing appetite for including diverse populations in work on demography, health, economic development, cooperation, cognition, infant and child development, and belief systems. The push to expand research beyond western, educated, industrialized, rich, and democratic societies has meant that scientists are striving to capture evermore cultural diversity -- but how does this actually work when embarking on a research endeavor and selecting a community to study?

The international group of authors, led by Tanya Broesch (Simon Fraser University, British Columbia), Alyssa Crittenden (University of Nevada, Las Vegas, USA), and Monique Borgerhoff Mulder (UC Davis, USA; Max Planck Institute for Evolutionary Anthropology, Germany), draw upon years of cross-cultural work in anthropology and psychology to provide actionable suggestions to address the logistical and ethical quandaries of study site selection, engagement with communities in research, and the significance of culturally-appropriate research methods and reporting practices - both in publications and in media representations.

The authors argue that if researchers, like themselves, fail to seriously consider "the historical, political, sociological and cultural forces" acting on both the communities where they work, and the individuals within those societies, inaccurate and possibly harmful inferences might be drawn. This is particularly the case where investigators have limited time and budget, something that might be glossed as "helicopter anthropology", Borgerhoff Mulder commented.

They suggest that it is the general approach of the researchers -- from project development through to publication and data management -- that matters, where establishing and maintaining communication with participants is always prioritized.

"There is no one-size-fits-all approach, yet a productive baseline may be for researchers to consider community inclusion as part of their project design from the start," the authors write. "Ideally, the community is not only central to the planned research, but is leading it."

The research team, which spans all stages of academic careers from doctoral students to senior scholars, argues that despite the long history of exploitation and colonialism inherent in much ethnographic discourse, comparative research in the 21st century can be successfully and ethically conducted in a wide range of communities (including small-scale societies) across a variety of academic disciplines - as long as a community-centered approach is taken.